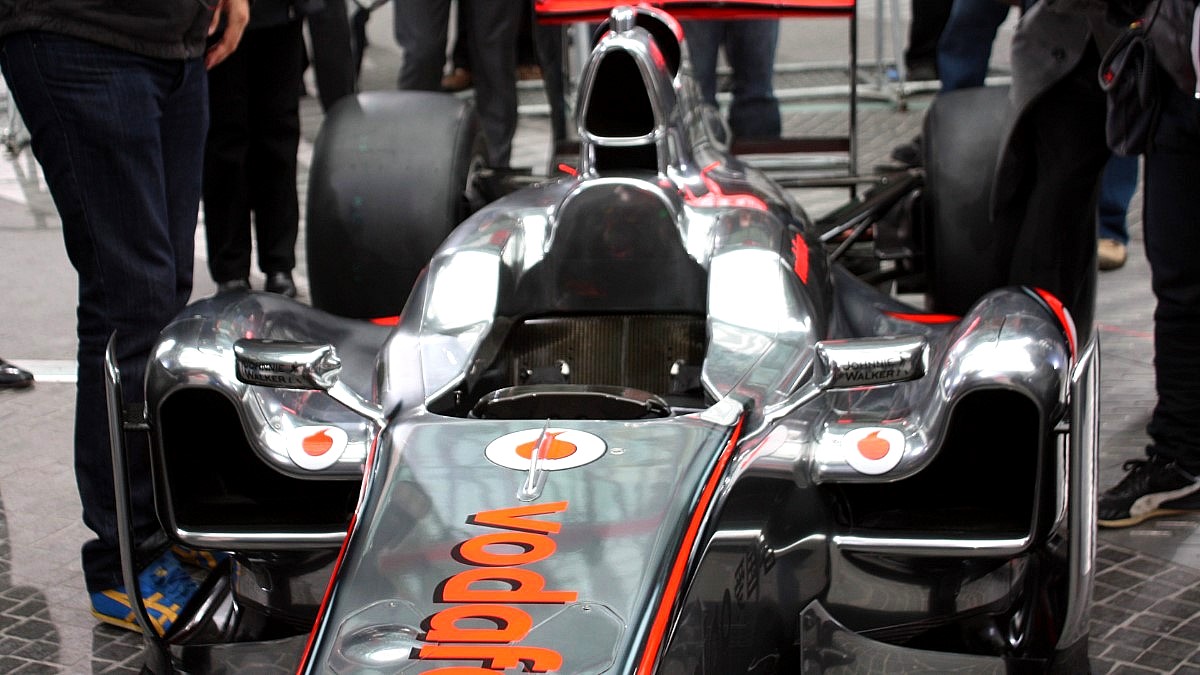 May deadline still in place for now – FIA
(GMM) A May 1 deadline for the possible rescheduling of this year's Bahrain grand prix remains in place, a FIA spokesman has clarified.

With a three-month state of emergency declared in the tiny island Kingdom on Tuesday, it had been expected that the May deadline was therefore obsolete and the race was definitely off.

But F1's governing body insists the developments have not immediately changed the situation as far as the FIA is concerned.

"There were many people involved in making that (deadline) decision and for now the (World Motor Sport) Council will respect the deadline," he said.

"There is an obligation to that.

"But clearly the situation is fluid," the spokesman added. "We're adapting to information day by day, because of what is now happening we will react when it is the right moment."

New McLaren a second too slow – Hamilton
(GMM) McLaren's 2011 car is at least a second off the pace, according to Lewis Hamilton.

After ending the final Barcelona test as the fourteenth fastest driver overall, the 2008 world champion insisted to Germany's Auto Motor und Sport that the MP4-26 is not really two seconds slower than the pacesetters.

"We are not two seconds from the top, even though I never made it out of the 1.22s," said the Briton.

"But in the long runs, the lap times are okay," added Hamilton.

Asked what he thinks he would have managed in full qualifying trim, he answered: "Low 1.22."

The best time overall in Barcelona was Michael Schumacher's 1.21.2, so a low 1.22 would have placed the McLaren behind Mercedes, Ferrari, Red Bull, Sauber, Renault and perhaps even Williams and Toro Rosso.

Auto Motor und Sport said the MP4-26's main problems are the exhaust and "deformation" of the front wing.

"Let's keep our fingers crossed that the guys come up with something," said Hamilton.

The report said the enlarged nose device run on the car last week contained a motor that moved the arms to simulate different wing deformations under load.

The report referred to F1's banning of the use of an incombustible material called Pyrosic for the entire exhausts, on the grounds that such a solution would have cost EUR 20,000 per car.

Valsecchi to drive Lotus in Australia, Malaysia
(GMM) Davide Valsecchi will be the first of Lotus' test drivers to appear in Friday morning practice sessions this year.

The Malaysian owned team last week announced that its test lineup for 2011 featured the Italian as well as Brazilian Liuz Razia and Portuguese-born Angolan Ricardo Teixeira.

Karun Chandhok had been mentioned as a contender but was not named by the Tony Fernandes-led team.

A statement said Razia and Valsecchi "will be taking part in a number of Friday practice sessions at selected 2011 grands prix".

Autosprint in Italy said it will be Valsecchi, 24, who will take over one of the T128 cockpits in Friday morning practice for Australia and Malaysia.

"This is a great opportunity for me," he said.

"Melbourne will be difficult for someone who has not even seen that track, but Sepang is a good opportunity," added Valsecchi, referencing Robert Kubica and Sebastian Vettel as two examples of drivers who built F1 careers based on Friday driving.

The F1 chief executive's comments follow hot on the heels of those of FIA president Jean Todt, who said in Melbourne this week that the city's race "is important".

Amid the local debate about the cost of the annual Albert Park event, Ecclestone had said recently that F1 "does not need" Australia.

But the 80-year-old Briton apparently now agrees with Todt that the race is important, and is open to talks with the Victorian state premier Ted Baillieu.

"Australia is just as important to us as Monaco and has been for an awful long time, so we hate to think that we were going to lose Australia," Ecclestone said during an interview with the Herald Sun.

"We have been together a long time and it's like one of those long marriages; it would be bad to end in divorce," he added. "But if the other partner wishes, we wouldn't start fighting.

"In the case of Melbourne, if the product is too expensive for them then we understand that. And when the contract comes to an end, there is no need to renew it.

"We wouldn't force somebody to buy something they don't want," said Ecclestone.

Ecclestone also admitted he regrets not pushing Melbourne to build a permanent venue for the grand prix ten years ago because doing it then "would have been cheaper than today".

But as for whether that could happen now before a new deal is signed in 2015, he answered: "Of course we would (consider it)."

Todt wants changes to improve driver identification
(GMM) Formula one drivers should have permanent race numbers that are displayed prominently as in NASCAR.

That is the view of FIA president Jean Todt, who admitted he wanted to make changes to make it easier "to identify a driver" during grands prix.

In an interview with Melbourne's The Age newspaper, the Frenchman also said he would like to see a driver's name displayed prominently on his car.

"Like in NASCAR … a driver who is arriving in formula one, he gets a number. He would keep it for all of his career. You could identify a driver with a number.

But he admitted it is not simple, even for the president of F1's governing body, to unilaterally instigate a change.

"I don't have the power without creating unnecessary conflict to change something I'm not happy (about)," said Todt.

He explained that teams may object based on needing all the bodywork space for sponsors, while the binding Concorde agreement sets out the conditions for rule changes.

"So far, unfortunately, they are not interested, they are quite happy. It will come … it will change."

A year after three new teams entered formula one last season, the sport has re-imposed a 107 per cent qualifying rule for 2011.

It means very uncompetitive cars and drivers can be excluded from the grid based on their qualifying pace.

HRT had F1's slowest car last year, and for 2011 the Spanish team has launched a new car that resembles its predecessor and has not been tested at all.

But Indian Karthikeyan, who is expecting to take a few races to get up to speed with his 2011 teammate Vitantonio Liuzzi, said he is not overly worried about failing to qualify.

"Based on the 107pc rule, we have to be within 5.8 seconds of the pole time in Melbourne, which I think we are pretty capable of doing," he told the Hindustan Times.

Some observers have questioned the 34-year-old's decision to return to F1 after a five-year absence when he was making money as a NASCAR truck driver.

"It is true that all the money I made while racing in NASCAR I have already spent this season, but I didn't want to pass up on an F1 return because I didn't want to spend the rest of my life thinking 'what if'?" insisted Karthikeyan.

Overtaking wing system not confusing – Whiting
(GMM) The FIA insists the new adjustable rear wing systems and their deployment in 2011 will not confuse spectators.

When it emerged this week that the zones at which the gap between dueling cars will be measured will differ throughout the F1 calendar this year, Sebastian Vettel said that will be difficult to "explain" to the public.

But FIA race director Charlie Whiting said the situation will not be confusing.

"There is no reason to suppose spectators will be confused," he said in an interview provided by the governing body.

"Operation of the wing … is simple, there will be marks on the track to show the area where proximity is being detected and a line across the track at the point where the drivers whose system is armed may deploy it," he explained.

"Furthermore, the television broadcasters will be sent a signal each time a system is armed and this will be displayed to the viewers."

Whiting however admitted that drivers will be able to override the automated arming system in the event of an electronic failure, but that "heavy penalties" will apply for "unauthorized use".

He said the entire system could be tested during practice in Melbourne.

"We will discuss the possibility of using part of a free practice session in Melbourne with the teams on the day before first practice," said Whiting.

Team Principal Peter Sauber comments: “Mitsubishi Electric has been a key partner for the past six years. Mitsubishi Electric has already made an important technological contribution by supplying the team with eroding machines, and this cooperation will now be extended to laminating robots. As far as I’m concerned, it is particularly valuable that this long-standing partnership has stood the test of time even during this period, which has been difficult for us."

“We are very pleased that after six years as a partner of the Sauber F1 Team, our cooperation for the future will be even more intensive," says Hans-JÃ¼rgen Pelzers, Sales Department Manager Mechatronics EDM/Laser. “In addition to supplying the team with eroding machines, we will be using advanced engineering to expand production with industrial robots and thereby become fit for the future. Mitsubishi Electric is a leading world-class company in all technical areas and this is an extremely good fit with our Formula 1 commitment. The fact that Kamui Kobayashi is on board as a Japanese driver is an additional incentive."

The eroding systems of the world market leader Mitsubishi Electric are employed in conventional tool and mould-making, as well as in medical engineering and aerospace.