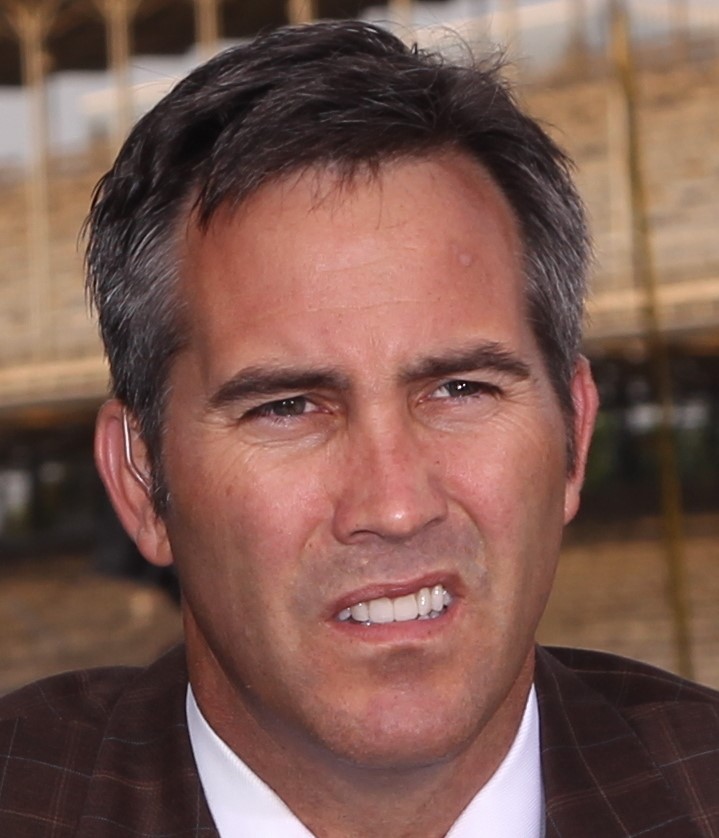 Randy Bernard is bound and determined to boost the IZOD IndyCar Series' TV ratings and put fans in seats even if it costs $5 million.

The series is offering a $5 million prize to any non-Indy driver who enters and wins the season finale at Las Vegas Motor Speedway. The idea is to show that Indy drivers are the best in the world but the real purpose, IndyCar's CEO said, is to stir up more interest in America's premier open-wheel series.

The idea has been criticized by Indy figures like driver Paul Tracy, who is looking for a ride and suggested that the $5 million could be better spent.

"I'd say, 'Paul, if you can sell the tickets I wouldn't have to do this,'" Bernard said Monday, responding to Tracy's criticism.

Bernard said "there's been no emotional attachment" to the sport by its longtime fan base since open-wheel racing split into competing series in the 1990s. But with the subsequent merger of Champ Car into IndyCar Bernard has sought to bring those fans back.

He said there has been significant interest in the five available slots for non-Indy drivers in the Vegas race.

"Drivers themselves not as much as agents," Bernard said, declining to name anyone. "I think people will be surprised in who wants to drive."

Some criteria — such as how long a former Indy driver like Sam Hornish has to be out of the series before he can qualify — have yet to be determined.

Bernard said he is looking for a significant boost in TV ratings for the race. Last year's season finale at Homestead was on the Versus cable network and drew a paltry 0.3 rating. This year's race at Vegas will be on ABC, which usually draws about a 1.0 for its race broadcasts.

One thing he's already pleased about is the prospect of a sellout for the April 10 Honda Indy Grand Prix of Alabama.

"It gives me chills," Bernard said.

Last year, the only venue with limited seating that sold out was the race in Brazil. Barber drew about 55,000 for its race but didn't limit tickets sales. The size of the crowd created problems in shuttling fans after the race to offsite parking.

This year ticket sales at Barber will be limited to about the same number that came last year, but the track plans to have many more shuttle buses available to transport fans to offsite parking.

Bernard said he is also ready to announce in a day or two whether the IndyCar Series will adopt another NASCAR feature — the Lucky Dog. That rule gives the first car a lap down a free pass back onto the lead lap.

Team owners, like Chip Ganassi, favor the rule. But Bernard said a number of fans think it is "gimmicky."

The series is also limiting the number of cars per race this year to 24 with the exception of the Indy 500 and the Vegas race. Bernard said that is partly to cull out ride buyers but he is prepared to see some regular teams fail to qualify.

"Nobody wants to send anybody home, but it's just a way of life," he said.

Bernard dodged a bullet last week when Firestone agreed to stay in the IndyCar Series for two more years after announcing it would leave as the sole tire supplier after this year.

But the series will need to select a new tire supplier for 2012 for its Indy Lights development series as well as a title sponsor for that series. Having a different tire in Indy Lights will give the new supplier two years to get prepared to supply tires for the IZOD Series. AL.com