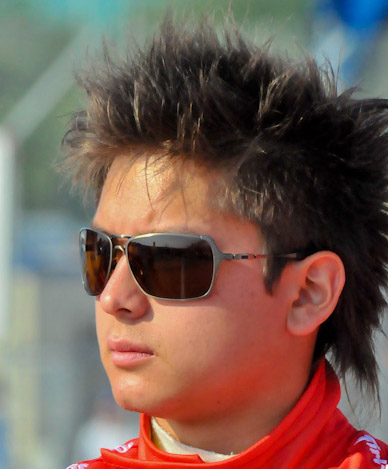 Conquest Racing is excited to announce the signing of Sebastian Saavedra as the driver of its #34 Honda-powered Dallara for the 2011 IZOD IndyCar Series season.

Saavedra made quite an impression on Conquest Racing in the short time he has spent with the team. The Colombian made his first start with the Indianapolis-based squad in the 2010 season finale at the Homestead-Miami Speedway.

Jump starting the 2011 season, Saavedra took to the cockpit of the Conquest machine last week for what was a successful test at Sebring International Raceway.

“I’m excited to be entering my first full season of IndyCar competition. I’ve been working a long time towards this and for it to finally happen is fantastic. I’m also very happy to be back with Conquest Racing. We had a good weekend together last year in Homestead and I really enjoyed working with everyone on the team," shared Saavedra. “I can’t wait for the season to start. I know it won’t always be easy but I am up for the challenge."

In addition to his race with Conquest Racing in 2010, the Bogota, Colombia native also took part in his first Indianapolis 500 and became the first driver born in the 1990s to compete in this historic event.

“We’re delighted to have Sebastian back with us and this time for the complete season," expressed team owner Eric Bachelart. “It was a pleasure working with him last year in the season finale and again last week at our test in Sebring. Sebastian has done a great job both times that he has been in our car and I think we can expect some good things from him this season. We’re also happy to be keeping up our tradition of giving young up and coming drivers the chance to take their career to the next level."

The 20-year-old competed for the first time in Indy Lights in 2009 with AFS/Andretti Green Racing, finishing third in the Championship with two wins. He was also crowned Rookie of the Year.

Earlier in his career, Saavedra competed in the ATS Formel 3 Cup in Germany in 2008. Prior to that he spent a couple of years in the Formula BMW USA series in 2006 and 2007; with 2007 proving to be a breakout season for the Colombian.