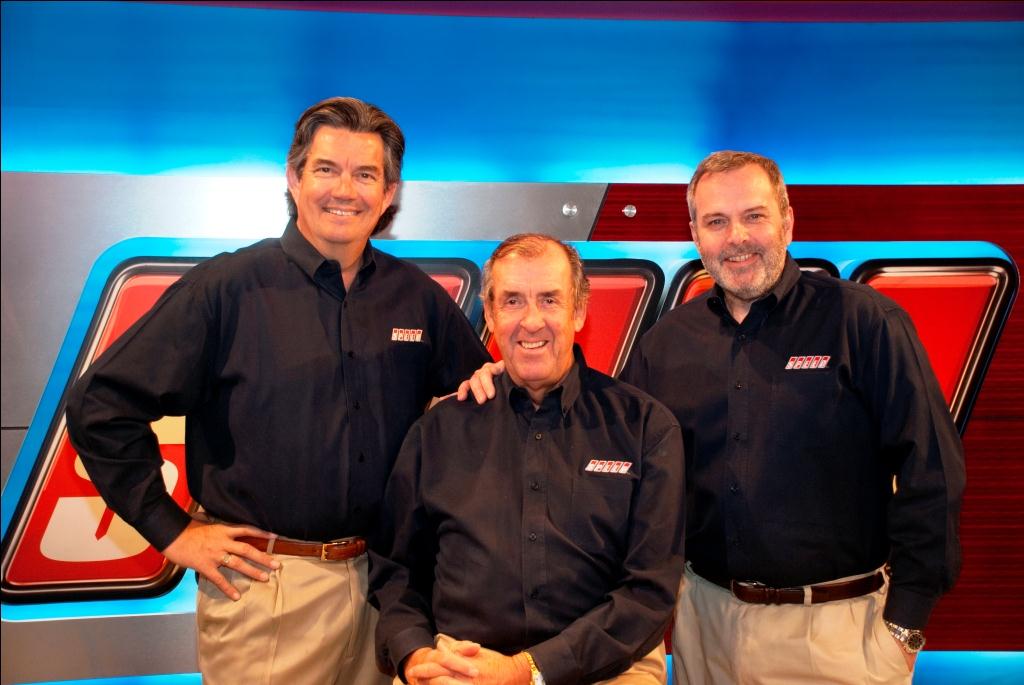 Leading into the season-opening Formula One race from Australia on March 27, SPEED asks each member of its F1 broadcast team – Bob Varsha, David Hobbs, Steve Matchett and Will Buxton — to weigh in with early predictions as to what will unfold on the race track in 2011. Matchett, a winner of the prestigious F1 Constructors’ Championship in 1995 as a mechanic with Benetton Renault and driver Michael Schumacher, gives SPEED viewers a true insider’s view to the complex technology behind Grand Prix racing. Matchett, 48, was born in England and now lives in France.

SPEED: What is the biggest storyline heading into the 2011 F1 season?

Matchett: I’d suggest the change of rubber, from Bridgestone to Pirelli, will be the biggest technical headline of 2011. Yes, we have the reintroduction of the Kinetic Energy Recovery System (KERS) and the introduction of a movable rear wing but, to an extent, these are concepts the engineers can familiarize themselves with away from the track. The tires, however, are entirely new: new constructions, new compounds, new characteristics. Tires must be run, on track, for the engineers (and drivers) to fully comprehend how they will affect car balance. Typically, the anticipated (well understood) tire is one of the fundamental elements of (yearly) car design: the teams design the car to allow both chassis and tire to work in synergy. This year, however, with Bridgestone pulling out and Pirelli coming in, the cars have been designed without any of that usual data being available.

For their part, Pirelli has said they intend to design tires that are likely to be less durable than Bridgestone’s previous offerings. They may prove to have improved grip, too, but, conversely, are likely to be past their best in under fifteen laps. This, say Pirelli, is their contribution to improving ‘the show,’ in essence forcing the teams to pit more frequently during racing action. They have also asked the teams to be cognizant of this fact and to understand (appreciate) the reasons for this philosophy. Pirelli will not look favorably on negative comments from drivers/engineers/teams suggesting that the fragility of the tires was to blame for a poor result.

SPEED: Who is the best driver no one is talking about yet?

Matchett: Well, people are talking about him but my answer is Nick Heidfeld, signed to Lotus Renault (formerly Renault) at a late stage to take over from the injured Robert Kubica. Much of the team’s 2011 car, the R30, has been penned to meet Kubica’s driving style, but he is a driver unlikely to return to an F1 cockpit for some considerable time. A significant blow to the team but, that said, their R30 does look strong. The new chassis has shown innovation of design and mechanical reliability in testing (reliability of design being of paramount importance). Heidfeld, in signing, has burdened himself with a tremendous responsibility. In preseason testing he has shown that he can drive the car with both commitment and confidence. Fate has handed him a tremendous opportunity but he must deliver: leadership and results. This will be a make or break season for Kubica’s last-minute stand-in. Testing over, Heidfeld needs to take a deep, calming breath and prepare himself for the maelstrom of on-track action and media attention about to be unleashed his way as the season is flagged underway in Melbourne.

SPEED: Last year provided a historic last-race finish to the championship among four drivers … if someone runs away with it this year, who will it be and why?

Matchett: Vettel fits this bill. He has shown that he can win a driver’s championship (and it’s often said that the first is always the hardest to win). He enters the 2011 championship with phenomenal confidence: he is the 2010 reigning world champion driver. This super-positive mindset, combined with the fact that he remains at Red Bull, the reigning constructors’ champions (and the team that gave him the ultra-fast RB6 chassis) will further boost his chances. The 2011 Red Bull chassis, the RB7, is merely an evolved design of an impressive double-world championship winning car. The rest of the field need be very mindful of this extremely strong partnership.

Matchett: Mercedes. Last year’s chassis, the W01, was not one of (legendary engineer and team leader) Ross Brawn’s better designs. Far from it. His 2009 design won both drivers’ and constructors’ championships with relative ease but his first design for Mercedes proved a somewhat difficult machine to drive. Much of this lackluster performance was directed towards the car’s inability to best utilize its tires. It was hoped that a new design (and the arrival of Pirelli) might change all of that.

In preseason testing, however, the W02 has been… not quite what the team had hoped for. Reliability issues have been hampering them, notably cooling concerns with the car’s tightly profiled engine/transmission covers. Brawn’s most recent comments hinted that a major upgrade is planned for the first race and that the team must find 1.0s (in terms of improved lap time) if they are to be competitive with the big hitters. Ouch!

SPEED: Your prediction for the top three finishers in this year’s points race?

Matchett: I’m a former F1 mechanic, not a driver, so, for me, the constructors’ championship is all-important. It is, then, team results, not individual driver achievements, that more catch my interest. First place: Red Bull; Second place: Scuderia Ferrari; Third Place: McLaren.