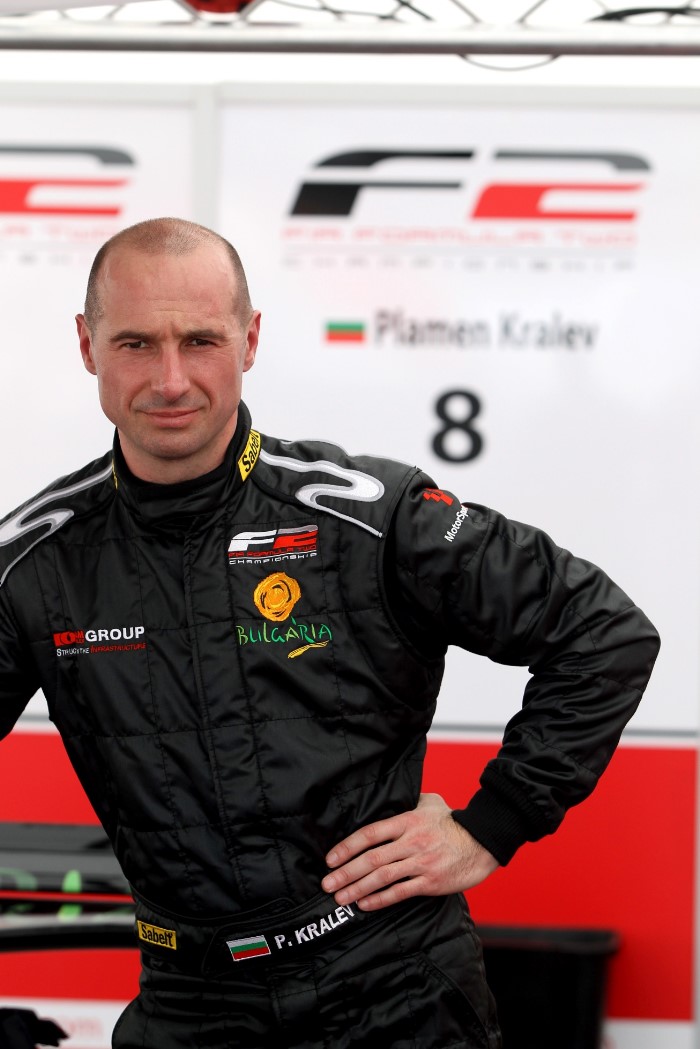 Bulgaria’s official motorsport ambassador Plamen Kralev has become the latest driver to be confirmed for the 2011 FIA Formula Two Championship – becoming the tenth driver from nine different nations to be announced so far.

Plamen is one of his country’s leading motor racing figures, and was elected in 2008 by the National Tourism Agency as their official global motorsport ambassador. He made history in 2009 by becoming the first ever Bulgarian to compete in the legendary Le Mans 24 Hours.

Kralev returns to F2 after a successful debut season in the series in 2010. His best weekend came at Monza, where he scored his maiden points finish in race one by coming through from 17th on the grid to finish tenth at the flag. He almost repeated the feat in race two, improving from 20th to 11th, and challenged for the points on several other occasions – notably on the streets of Marrakech, where he made up 18 places in total across the two races.

Kralev, who has also won races in the Ferrari Challenge and competed in GP2 Asia, admitted he was excited to be rejoining F2, and was hoping to use his experience from last year to challenge higher up the field in 2011.

“I’m excited about my prospects this year," Kralev explained, “and about the possibility of becoming more competitive. I wanted to remain in F2 because I think this championship offers me the best possible option to develop my skills, especially as I now know a lot more about single seater racing.

“For 2011, my main goals are to continue improving as a driver and to get better results than last season. I think F2 is a great opportunity for drivers to race at a very high and prestigious level at an affordable cost, and I’m already preparing for the season ahead. 2010 was my first year racing open wheelers and I hope 2011 is the year I show that I can be fast with these cars!"

Jonathan Palmer, Formula Two Chief Executive, said: “I am pleased to welcome Plamen Kralev back into Formula Two – our tenth driver to be announced from nine different nations so far! Plamen’s determination and positive outlook were evident throughout 2010, and his participation will continue to boost the popularity of motorsport in his native Bulgaria. F2 provides Plamen with the perfect environment in which to continue improving as a driver through its unique data sharing concept and total equality of equipment, and I look forward to monitoring his progress as the season develops."