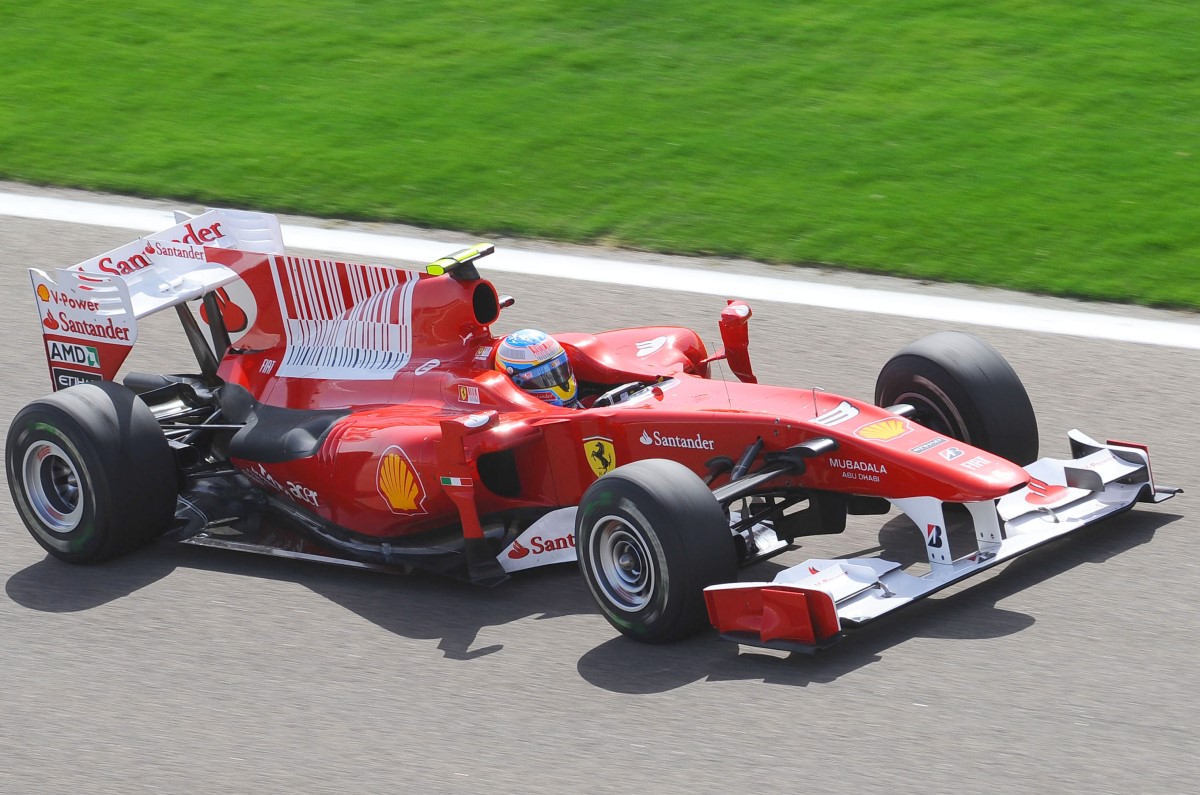 McLaren to sit out Thursday running in Spain
(GMM) McLaren has tweaked its schedule for the final test of the 2011 pre-season.

Like the other eleven teams, the British outfit had planned to run on four consecutive days of the five-day schedule between Tuesday and Saturday.

The Dutch website f1today.nl reports that McLaren will actually run between Tuesday and Saturday in Barcelona, sitting out Thursday's play.

The session will therefore be split into two parts by McLaren; Tuesday-Wednesday, and Friday-Saturday. The Woking based team has been contacted for confirmation.

The Circuit de Catalunya test will in fact total six days overall, after Ferrari kicked off its own program with a filming day on Monday.

And it was rumored that Red Bull might copy McLaren's two-session idea by also sitting out Thursday.

HRT to test new car 'when it's ready' – source
(GMM) HRT is working hard to have its 2011 car ready for this week's Barcelona test.

A report in the Spanish daily Sport said the Cosworth-powered F111 will make its debut at the earliest possible moment during the final pre-season test "depending on when it is ready".

Hispania has not made any official announcements about the car's debut, but journalist Josep Viaplana was told by a source: "The car is in the final stage of assembly.

"We do not know if it will be Wednesday or Thursday, but the F111 will run in Montmelo (Barcelona)," the source added.

After the technical collaboration with Toyota fell through, another setback for HRT this winter was the defection of key staff.

These include engineer Xevi Pujolar who returned to Williams, and four other Spanish team members including chief mechanic Enrique Colomina who returned to work with departed team founder Adrian Campos.

Meanwhile, another Spanish sports daily, Marca, reports that Vitantonio Liuzzi is likely to be named as Narain Karthikeyan's HRT teammate on either Wednesday or Thursday.

The newspaper said the Liuzzi announcement is scheduled a day or two before the F111 car's debut, which is most likely to occur on Friday or Saturday.

Sky News revealed last month that, due to the Gerhard Gribkowsky corruption affair, CVC and the F1 holding company Delta Topco had launched an investigation into the takeover of the sport five years ago.

The report said the firms appointed to head the investigation were instructed to report back "within a matter of weeks".

F1 chief executive Bernie Ecclestone said at the time: "I've been advised not to talk to anyone about it."

Now, Sky's business editor Mark Kleinman reveals that Sir Stuart Rose, the former executive chairman of British retailer Marks and Spencer, "has been informally sounded out" about "a senior role at the helm" of formula one.

And he said CVC and Delta Topco have also approached "a number of other senior businesspeople" about the non-executive chairmanship role.

62-year-old Rose could not be reached, and CVC declined to comment.

US GP boss eyes fake rain for Texas track
(GMM) 2012 US grand prix organizer Tavo Hellmund has admitted he thinks Bernie Ecclestone's idea to spice up formula one with artificial rain is "brilliant".

F1 chief executive Ecclestone said it would be "easy" to ready the irrigation systems at "a number of tracks", and one of them could be the venue currently under construction in Texas.

The Austin American Statesman reports that Hellmund thinks the idea is "brilliant", adding that wet weather racing is "spectacular" and "compelling" that allows "true talent" to shine.

He also said the system was viable for Texas because construction of the track "is in the beginning stages".

And Hellmund might be able to afford such a system, after it emerged that organizers have received $12.5 million from ten private investors.

But the Securities and Exchange Commission filing "did not give specifics about how the money would be used and gave no information about the investors", said the newspaper.

The publication also said a mid-year debut date for the US grand prix next season, paired with the other North American race in Canada, is likely.

Ferrari debuts Red Bull-like exhausts – report
(GMM) Ferrari got substantial upgrades for its 2011 car up and running at the Vairano circuit in northern Italy.

Autosprint said the "secret test" was to trial the "evolution" of the newly renamed 150 Italia car with Davide Rigon at the wheel.

Ferrari had confirmed on Sunday that Italian Rigon conducted an aerodynamic test on the Vairano straight, and that Fernando Alonso and Felipe Massa would then get an early start to the Barcelona test on Monday for "filming".

Autosprint published exclusive photos of the 150 Italia's changes at Vairano, including to the rear wing and bodywork.

And the report said Ferrari's new exhaust solution is similar to the one seen on the Red Bull.

Williams technical director Sam Michael is quoted by spox.com: "Red Bull are a half-second ahead of Ferrari."

"Only two things are certain; we are very happy with our reliability as we are the team with the most mileage.

"And from the very night of the infamous missed kick without a goalkeeper in Abu Dhabi, I have seen a great desire for redemption. So I'm very confident," added the Italian.

The Italian team tweaked the name of its 2011 formula one car last week after Ford complained that the designation 'F150' breached its trademark for a full-size pickup truck.

Ferrari responded by dropping the 'F' from the name and adding the circular Italian symbol for 'th' after '150' and the word 'Italia'.

"It seemed like a strange request (from Ford)," Ferrari president Montezemolo is quoted by the ANSA news agency.

"We are talking about an acronym that referred to the 150th anniversary of Italy, has no commercial value and is related only to formula one.

"But if they were so worried about it, we have taken that worry away from them," he added.

The case centers around claims Lotus based its 2010 car on a wind tunnel model of Force India's 2009 chassis that had been left in the Aerolab facility.

Lotus said last year that Aerolab "vigorously denies any wrongdoing and has provided Lotus Racing with a full indemnity in relation to the claim".

Aerolab has also said it is pursuing Force India for "serious and persistent breaches of contract" pre-dating the intellectual property claims.

Force India announced in a media statement on Monday that the high court will hear the intellectual property case beginning 16 January 2012.

McLaren testing ‘bubble’ nose in Barcelona
McLaren have revealed a radical ‘bubble’ nose cone for Barcelona testing on Tuesday morning, with 2009 World Champion Jenson Button currently in action at the Circuit de Catalunya. It is not yet known whether the Woking squad plans to use the innovation on race weekends this season.

The ‘bubble’ is believed to be measuring nose flexibility Button began testing without the novelty as the green pit exit light illuminated at a damp Barcelona, before coming back in and fitting the device which had been stacked up in the pit lane.

As well as the increased height of the nose’s main surface, the component also features rods which branch out to either side of the front wing.