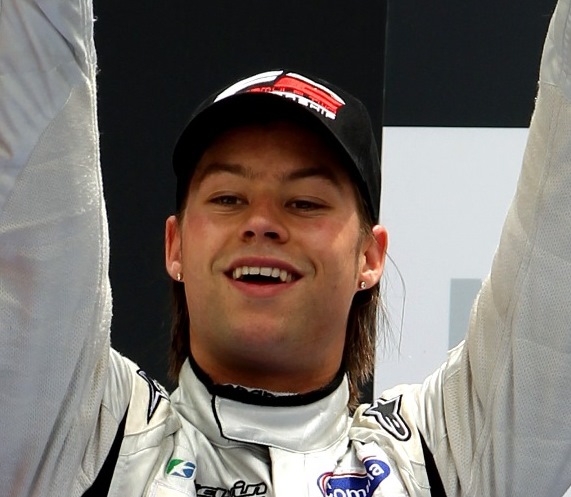 Dutchman Kelvin Snoeks has his sights firmly set on a championship top three finish in 2011, after confirming he will return to the FIA Formula Two Championship for a second season.

Snoeks, who has a background competing in Formula Renault 2.0 NEC and International Formula Master, enjoyed early success in his first season in Formula Two as he took a maiden podium on the streets of Marrakech.

Further points followed in the second race in Morocco and also at Zolder, before his season was disrupted by a moped accident which forced him to miss Brands Hatch with a broken ankle. Despite the injury Kelvin returned sooner than predicted, demonstrating remarkable determination and bravery to take five points finishes in the last six races – including a superb fourth place at Oschersleben – to end the season 13th overall.

With that experience to draw upon, Kelvin admitted he was delighted to be returning to Formula Two – and insisted a championship top three berth would be the target after an intense winter training schedule.

“It’s great to be back for 2011!" Kelvin enthused. “I like the championship and it’s a really good fit for us – it works for my sponsors, the car is great and the equality of the series is a real positive. It’s also a great atmosphere, so I’m really looking forward to it!

“I have good experience from last year, and I’m sure I can do a really good job in 2011. I don’t think about other drivers or potential competition, but I’m definitely targeting the top three this year and I’m confident that’s possible.

“I’m much more grown up this year than last, and I’ve been training incredibly hard over the winter – not just fitness, but also on simulators to improve my style and technique. We’ll see where that puts me when it comes to testing and more importantly to the races, but I’ve never been so prepared for a season and I’m feeling very confident!"

Jonathan Palmer, Formula Two Chief Executive, said: “I’m really delighted Kelvin is returning to Formula Two this year. Not only does he have the talent to score many podium finishes, he’s also one of the most popular characters around the Formula Two paddock. He has worked very hard to secure his sponsorship for 2011, and Formula Two provides his sponsors with clear benefits – including extensive TV, outstanding hospitality and a fantastic series website.

“He thrived in the equal environment of F2 in 2010, claiming a maiden podium at Marrakech and then returning just three weeks after breaking his ankle to score points in five of the last six races. I’m sure he will be even more determined and focused in 2011, and a maiden race victory will certainly be the target!"