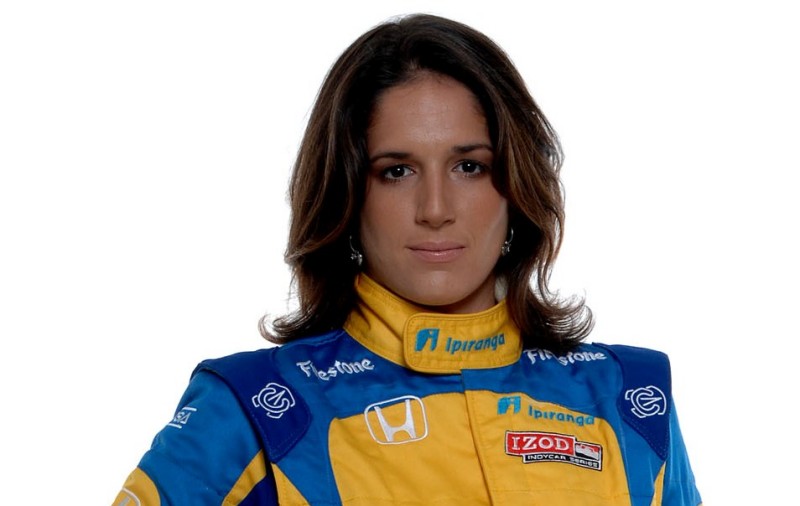 Dreyer & Reinbold Racing announced today that rookie driver, Ana Beatriz, and Brazilian-based Ipiranga, will join DRR full-time in the No. 24 entry in 2011.

Ipiranga is the biggest private petroleum and derivates distributor in Brazil. They have 5,600 branded Ipiranga gas stations inside Brazil, satisfying daily consumer necessities from gas and lubricants to convenience products. There are more than 1,000 AMPM stores and more than 680 Jet Oil and Jet Oil Motorcycles that specialize in services for cars and motorcycles, with owned franchises installed at the gas stations. Complementing their offer strategy, the brand owns an e-commerce with more than 40,000 selling products, with owned payment methods and their own rewards program with more then 5.5 million participants. Ipiranga is part of one of the most important Brazilian enterprise groups – Ultrapar, which is present on the fuel distribution sector, through Ipiranga, and owns other brands such as Ultragaz and Oxiteno.

Ana Beatriz and Ipiranga joined DRR on a limited basis in 2010, making their IZOD IndyCar debut at her home race in Brazil and at the 99th Running of the Indianapolis 500. The 25-year old proved that she was ready to be in the IZOD IndyCar Series as she was the highest finishing rookie and female for the season opener on the streets of Sao Paulo in 2010. Beatriz competed in the Firestone Indy Lights Series in 2008 and 2009, including a third place finish in Firestone Indy Lights point standings for 2008 with one win, nine top-five finishes and 11 top-10 finishes. Beatriz also became the first female driver to win in Firestone Indy Lights when she won at Nashville in July of 2008.

"I'm definitely thrilled to have my deal done with Dreyer & Reinbold Racing and Ipiranga. It's a dream come true that this has all come together. Last year was important for me to run four races to get adjusted and for this year I feel more prepared than ever. It's great to be back at DRR, they know me already and what it takes to make me grow as a driver. I have to thank Andre, Cesario, Dennis and Robbie for making this happen and Ipiranga to trust in my career. I'm very much looking forward to the 2011 season," said Ana Beatriz.

Feeling the same enthusiasm as the rest is DRR Co-Owner Robbie Buhl. "I'm as excited as I've ever been. I think this is the best focus we've had in years. We've put ourselves in another great position to have two very competitive entries and we couldn't be happier. Bia is an exceptional driver and we are thrilled to have her on board with us. It's also great to have Ipiranga join us and we look forward to building our partnership with them," commented Robbie Buhl, Dreyer & Reinbold Racing Co-Owner.

The Indianapolis-based crew will hit the pavement March 14th and 15th for the first open test of the season at Barber Motorsports Park in Alabama.