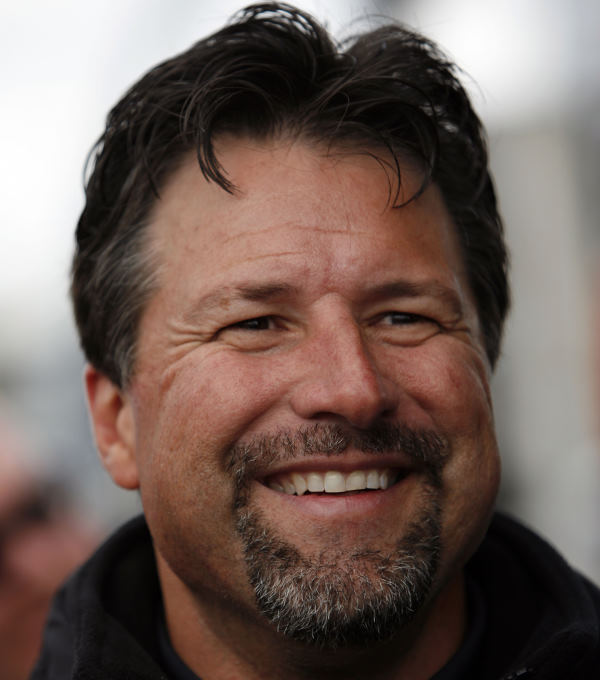 "Growing up, Michael [Andretti] was my idol and someone I looked up to in the sport," said Veach. "When we got the call from the team for me to drive for him I was in complete shock for one and when I met Michael, my awe just continued. To have Michael provide the foreword for my book is a great honor, as he doesn't just lend his name to anything. Thank you Michael for helping to inspire other kids my age, especially me."

Andretti led more than 6,000 laps and won 42 Indy car races during his driving career, even making 16 Indianapolis 500 starts with a best finish of second in 1991. Since retiring and becoming solely a race team owner, he is proud to have seen over 50 wins and five championships through his team. Regarded as one of the most savvy team owners in the sport, Andretti is the first team owner to have fully embraced INDYCAR's "Mazda Road to Indy" developmental ladder system.

While Andretti has tremendous pride for his winning record on the racetrack, his accomplishments as a father far supersede anything done behind the wheel. With two children already through their teen years and one hitting that mark in just a few short years, Andretti has had some practice steering others toward adulthood.

"As you're growing up, you can sometimes hit a few roadblocks," writes Andretti in Veach's book. "I didn't win every race, but I knew that in order to get onto the podium, I had to keep going. Quite often, it's those roadblocks that teach you valuable lessons."

With Veach's trademark of unique athleticism behind the wheel and the greatest stage in sports marketing as his backdrop, Veach sets his car keys aside to pen, 99 THINGS TEENS WISH THEY KNEW BEFORE TURNING 16 , for other teens his age in the pits of youth.

This literary venture is released as just one of Veach's recent accomplishments. After being named one of CNN's "Intriguing People" along with being nominated by Sports Illustrated magazine for the annual "Sports Kid of the Year" award in 2010, Veach also became the national spokesperson for FocusDriven, advocates for cell-free driving in conjunction with the Department of Transportation and Secretary of Transportation Ray LaHood and a spokesKID for Oprah Winfrey's 'No Phone Zone.'

Veach entered his second season with Andretti Autosport in 2011 after being handpicked by Andretti himself.

"When I started racing, I was a lot like Zach: young, determined, and ready to soak up all the knowledge I could," continued Andretti in his foreword of Veach's book. "That's a big part of why I was so eager to sign Zach to our team. He understands the drive it takes to become a successful racecar driver, but can also deal with the pressures he will endure along the way. I hope I can help him get through some of the rougher patches by sharing my experiences."

A coach and a father figure to Veach, Andretti has had a huge impact on the continuance of Veach's racing career. How fitting it is, then, that Andretti would write the foreword to Veach's first ever published book.

Veach's book, part of a wide-ranging library of self-help mini-guides, is trademarked through the 99-Series Inc., owners of the "99 Things You Wish You Knew before™…" book series and is available for purchase through Amazon and Barnes & Noble. The book is also available on all formats of eReaders.

About 99 THINGS TEENS WISH THEY KNEW BEFORE TURNING 16
This go-to guide for teenagers, written by 16-year-old Andretti Autosport USF2000 racecar driver Zach Veach, is a manual for anyone trying to navigate their way through the twists and turns of adolescence. Forwarded by racing legend Michael Andretti, Veach gives fellow teenagers a uniquely relatable perspective through his personal stories and offers insight from someone who is right there with them in the pits of youth. The book is even peppered with quotes from other young champions including 11-year-old painter/fundraiser for the gulf Olivia Bouler, Kaylee Marie Radzyminski who at age 15, founded Tunes 4 the Troops, 12-year-old Adora Syitak, the youngest to ever speak at the TED Conference, Mackenzie Bearup, who at age 16 started Sheltering Books, 15-year-old Alec Lourz who founded Kids vs Global Warming, 13-year-old Jason O'Neill who was named to Forbes Magazine list of influential role models and the late Alex Scott, founder of Alex's Lemonade Stand. Veach has also included words of wisdom from his Andretti Autosport teammates including Danica Patrick and Ryan Hunter-Reay, and IZOD IndyCar Series superstar Tony Kanaan. From peer pressure to handling bullies and planning for college, this book offers a helping hand to teens preparing to take the wheel of adulthood. For more information, please visit www.99-series.com.