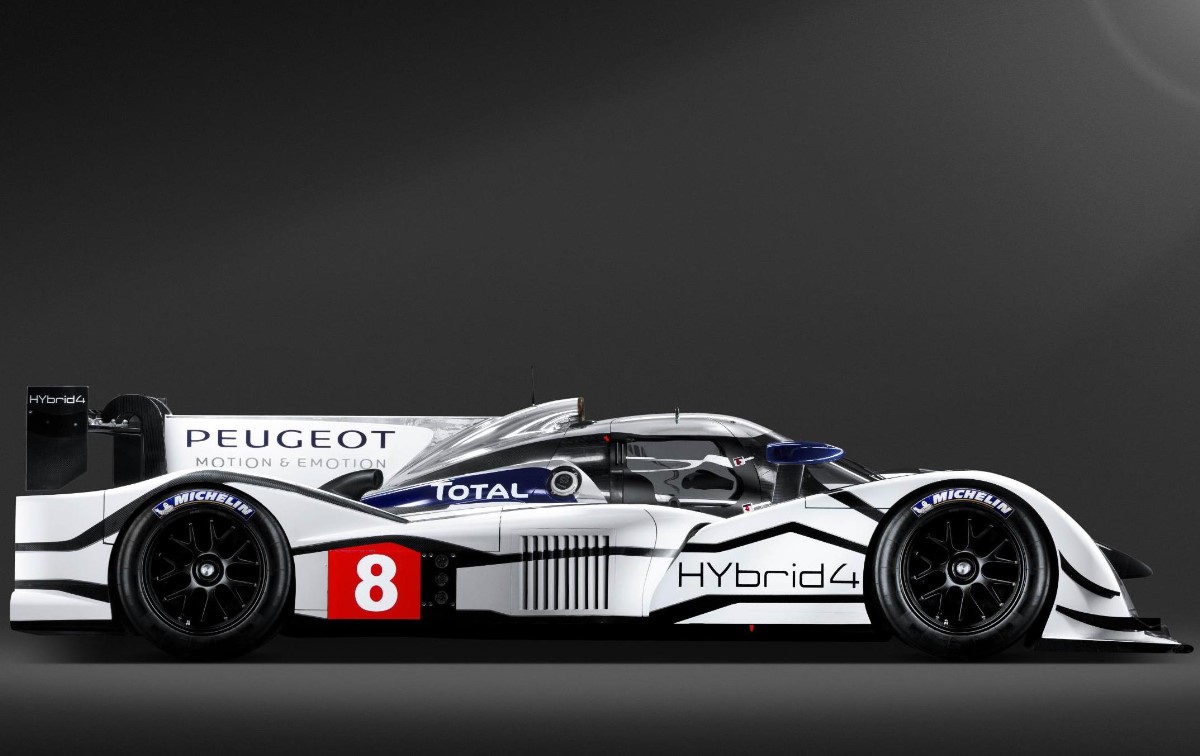 Following the launch in Paris of the Peugeot 908 in February, a diesel-hybrid version of the new car has now been unveiled at this year’s Geneva Motor Show. The newcomer has already been set ambitious targets for the 2011 season.

The new Peugeot 908 has been designed to comply with the latest endurance racing regulations and will play a major part in the Brand’s 2011 environmental strategy. Indeed, the combination of driving excitement with environmentally-respectful performance of the very highest level is ingrained into the heart of the Peugeot brand identity. This commitment will now also be championed by the HYbrid4 technology which combines diesel and electric power, two areas in which the Brand has forged a solid reputation for excellence.

Since the unveiling of the team's first demonstration hybrid car at Silverstone, in 2008, Peugeot Sport has continued to work on this technology in extremely close collaboration with the Group's engineers.

The system employed by the Peugeot 908 HYbrid4 recovers and stores the kinetic energy generated under braking, before feeding it back into the driveline during acceleration. Using this recovered energy in this way significantly improves the efficiency of the power-train.

The system provides a short power boost of 60kW (80hp) for a few seconds when it is activated. Recovered energy (500kJ between two braking phases) is stored in lithium-ion batteries before being automatically released to power the rear wheels under acceleration (there is no "push to pass" function). It will also be possible to run in electric only mode along the pit-lane and it is this mode that will be used for the car's homologation.

Following the world premiere of the Peugeot 908 HYbrid4 in its white livery at the Geneva Motor Show, Peugeot Sport will now turn its attention to meeting a target it has set for the new car. This is to run the car at the official pre-Le Mans 24 Hours test day at the French circuit on 24th April 2011.

Achieving this ambitious objective, however, will depend on how well the team's preparations for this year’s Le Mans 24 hours is going with the new Peugeot 908, and also on how the Peugeot 908 HYbrid4 performs during its maiden track test at the end of March.

* During energy delivery phases only

It is also possible to use the electric mode only along the pit lane.