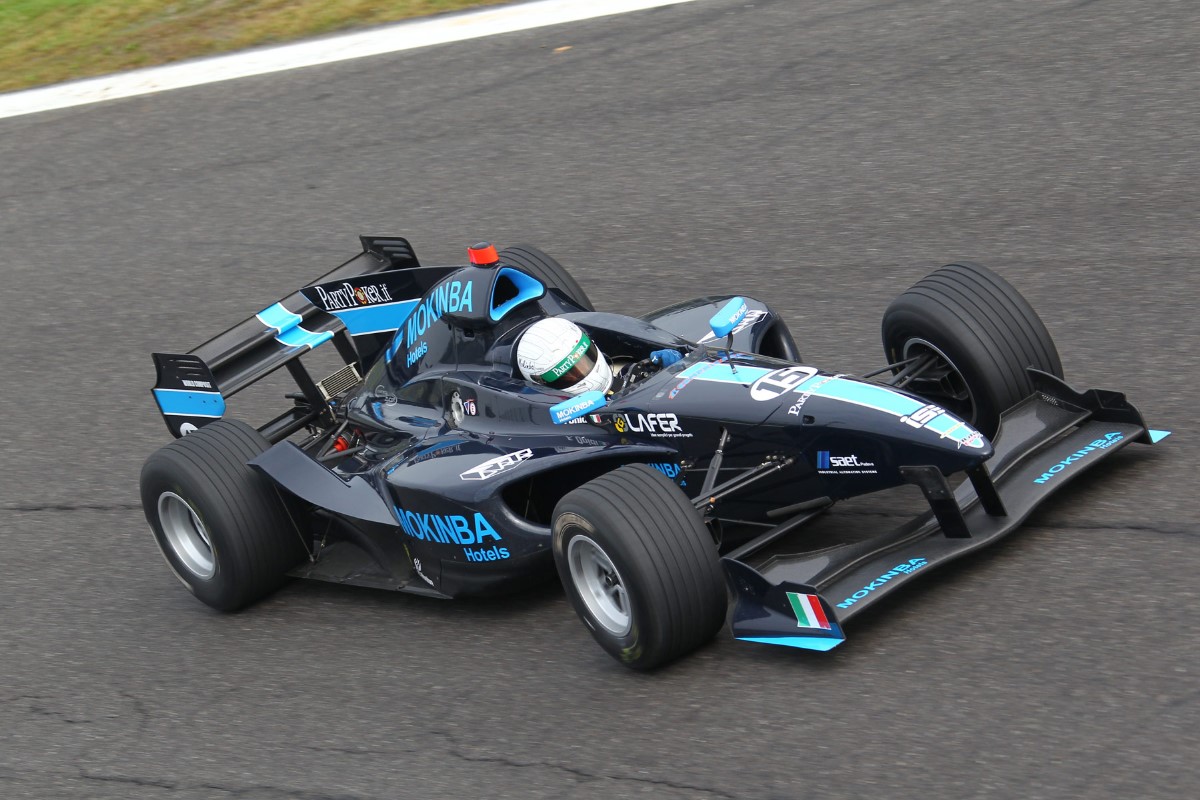 Lazarus completed their line-up for the 2011 Auto GP campaign: the team reached an agreement with Fabio Onidi, who will race besides the already confirmed Fabrizio Crestani forming an all-Italian duo. Onidi, a 23 years-old from Milan, tested with Lazarus in Valencia in January and after that positive test the two parties decided to renew a cooperation that in 2010 was very rewarding for both, as the Italian driver proved to be very competitive on the machinery prepared by Tancredi Pagiaro's staff. The Onidi-Lazarus pair clinched four Race 1 podium finishes, and showed a very quick pace throughout the whole season. That's not something new for Onidi, who has been very competitive in all the championships he contested and especially in Euroseries 3000, when he finished just shy of the title both in 2008 and 2009. Now, with the right amount of experience on the car and a very good feeling with the team, he has what it takes to be among the key players of the 2011 Series.

Enzo Coloni: "I'm happy to see that Fabio appreciated the job we did with Auto GP in 2010 and decided to continue his experience in our Series. Together with Lazarus he showed some great performances and I'm sure that in 2011 he will do even better, given the fact that he has a very good knowledge of both the car and the team".

Tancredi Pagiaro (Lazarus): "Four great podium finishes, the latest one in Monza behind Grosjean and Tambay. That's how we ended 2010, and that's our starting point for 2011: last year we showed that we could be quick on every track, but we lacked some consistency, and that's vital when you aim for the top spots in the standings. So, it's a pleasure to have another shot at the Series with Fabio. He has a great relationship with the team and he also has what it takes to be among the stars of a Championship that is going to be very hard-fought. We have an all-Italian line-up, it's an honor for us but it's also a big responsibility, so I hope that the Italian flag will appear on the podium very often!".

Fabio Onidi: "I'm really happy of this deal with Lazarus and Tancredi Pagiaro: truth be told the agreement was ready from some time, we just had to focus on some details, but it was very easy, as it was easy to understand why going on with Lazarus was the best option for me: I have a very good feeling with the team, and they already showed me that they have both the technical, sporting and human potential to do a great job. I'm also happy to have Crestani as a team-mate: in 2010 I was alone and I think that this has been a disadvantage in some way. Having another quick guy in the garage will give me even more motivation and this will help in getting great results. I'm sure that with Fabrizio we'll have the right mix of cooperation and rivalry. So what's the aim for 2011? I'm always cautious when it comes to 'predictions', but I'm sure that in a tight championship as Auto GP is, consistency is vital. Then we'll see at the end of the season".