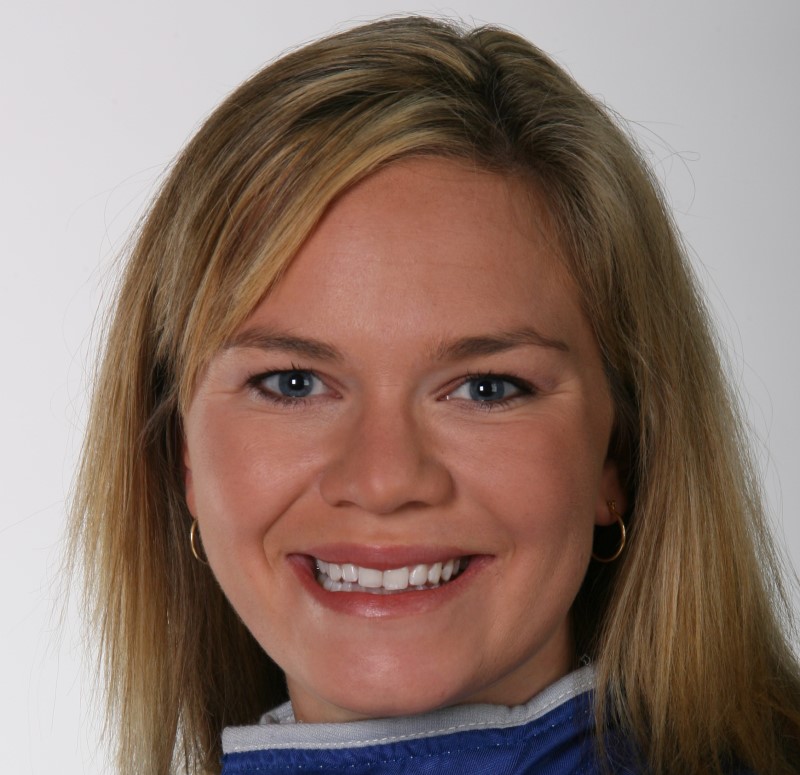 At the office, she would speak of her desire to start a family, sometimes asking plaintively, “When I’m 80 years old, who am I going to tell I ran in the Indy 500?"

On occasion this year she grew distracted as she went about her perilous job. By the fall, there was no question in the boss’s mind that she belonged on the mommy track, not the racing oval.

So the first and only female team owner in the IndyCar Series essentially dismissed herself as the primary driver.

“I fired myself, yes," Sarah Fisher said with a laugh.

It was mid-December, and she was seated behind her desk here in Sarah Fisher Racing’s 15,000-square-foot headquarters, which houses a machine shop, a design area, a gym and administrative offices. Off to the side was a life-size cardboard cutout of her, angled so it appeared that Fisher the driver was smiling down on Fisher the boss.

After juggling dual responsibilities for three years, Fisher found herself on the cusp of 30 and still circling race podiums.

She started driving at 5, and this year, for the first time, it started to feel like work. In seven starts, Fisher’s best showing was 15th place at Texas and at Chicagoland, where she led for a few laps and infused her team with hope that success was just around the next curve.

Unable to turn that promise into a podium appearance, Fisher placed 26th in the IndyCar Series points race, well below her expectations.

“I really wasn’t happy with the results," she said.

With each fresh disappointment, Fisher found it harder to focus on the banana yellow No. 67 car that had been her baby. Thoughts of motherhood crept into her consciousness.

“I had a couple of bad races where you’d have bad-handling cars, which is like having a bad elbow and playing golf," she said. “You’re running 200 miles per hour and you’re thinking, Do you really want to be out here?"

She added, “I don’t think that’s going to provide us with a quality result."

Fisher’s husband, Andy O’Gara, said the motherhood issue “shows even more what the female athlete gives up just over all in sports."

“You train so hard to get to where you’re at," he said, “but the span of your career is so much shorter."

O’Gara added: “I suppose you could go and race till you’re 40. At the same time, we’d like to guarantee our kids some time with our parents. That was probably as big a turning point for us as anything."

When Fisher, 30, named Ed Carpenter as her driving replacement in November, it was the quiescent end to a professional racing career that began amid much fanfare.

Her life as a driver was a blur of milestones, with Fisher serving as a kind of pacesetter for Danica Patrick. In 2000, at 19, Fisher became the youngest woman to compete in the Indianapolis 500. She was the first woman to record a top-three finish in an IndyCar Series race, to race a full IndyCar Series schedule, to finish as high as second in a major league open-wheel race and to earn the pole position for a major league open-wheel race in North America.

On her way to becoming the belle of the podium, Fisher’s career sputtered. She struggled to secure financing and took an unsuccessful detour to the Nascar West series in 2004 and 2005.

“There’s a lot of reasons it never clicked together," Fisher said of her career. “It’s having the right people around you. Being at the right place at the right time." More at NY Times