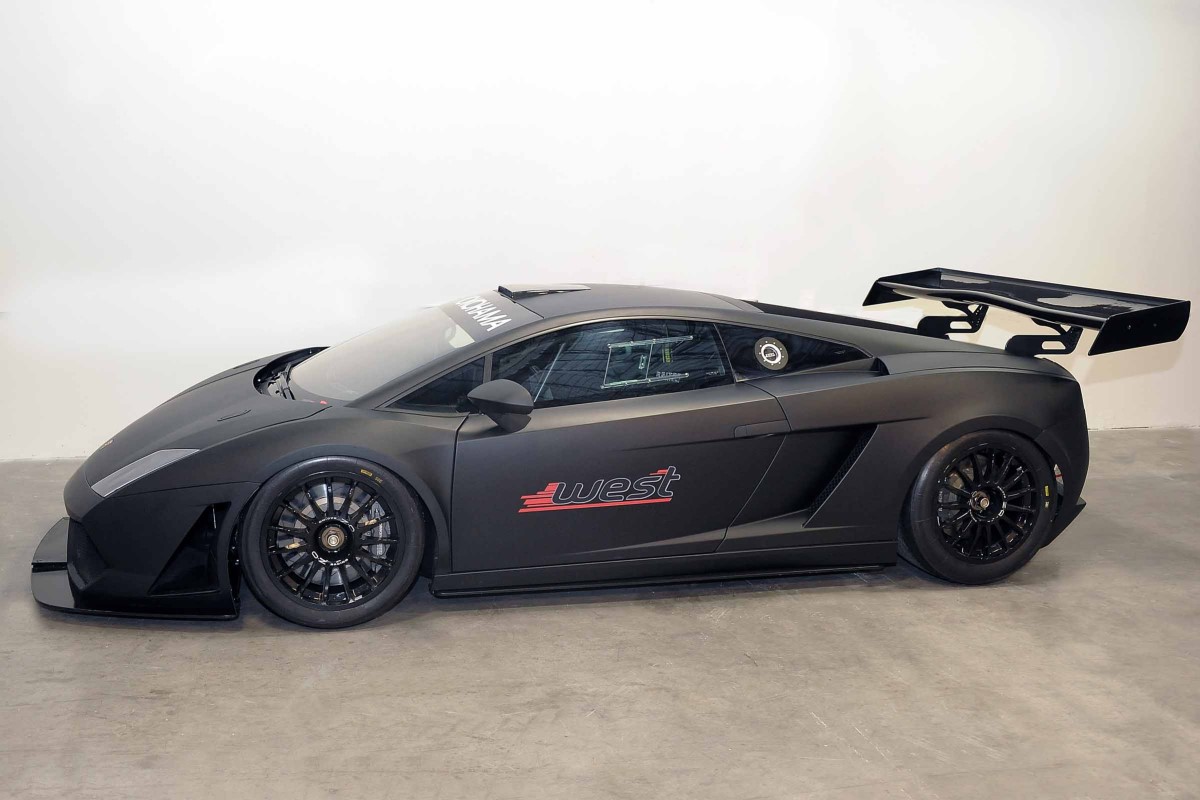 As we reported last week, West Racing had expected to take delivery of its first Lamborghini this month for GT competition in the American Le Mans Series presented by Tequila PatrÂ¢n. Today we can show the first photos from Dan Boyd of the Lambo LP 560 GT, which West will run in conjunction with tire partner Yokohama.

Team manager Brian Ma confirmed that West, owned by Eduardo Espindola, will test at Sebring in late January and plans to participate in the annual ALMS Winter Test from February 9-10. West also expects to announce its driver lineup by the end of the year.