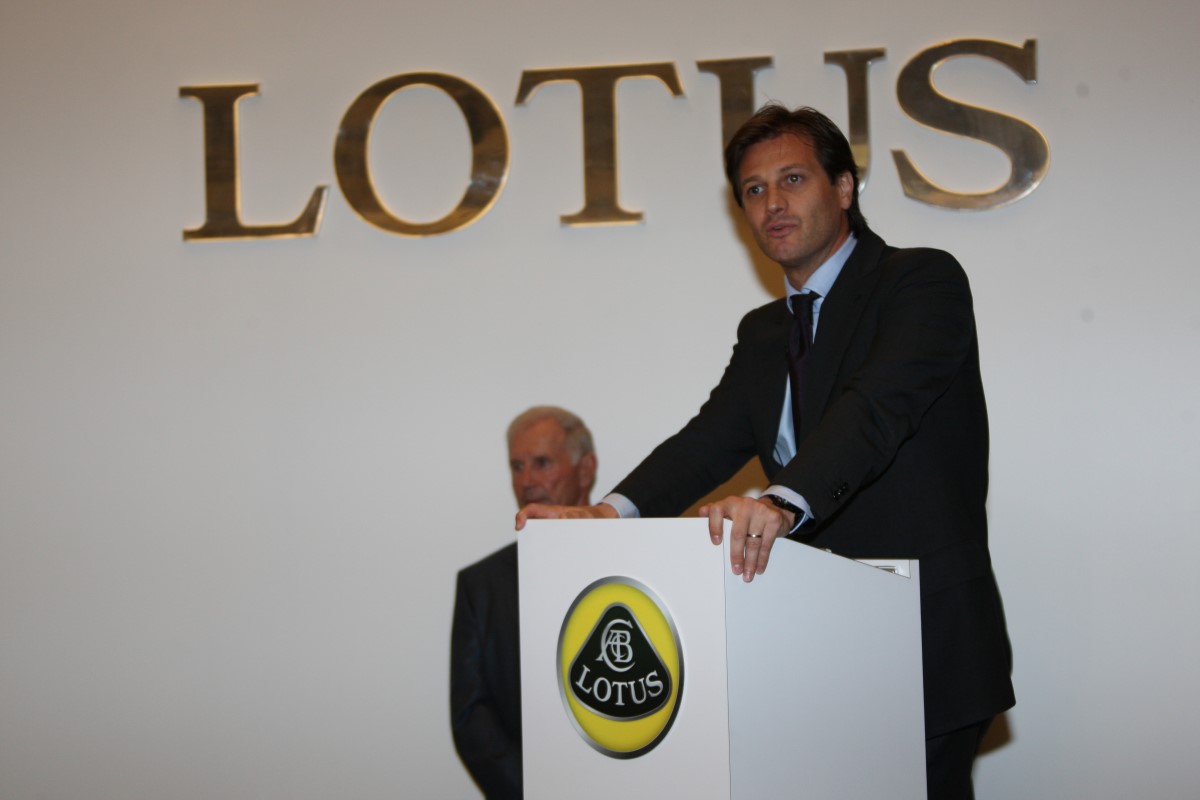 UPDATE (GMM) CEO Dany Bahar has not ruled out Group Lotus building an engine to power its new formula one foray.

The Proton-owned manufacturer has teamed up initially as title sponsor with some equity in the Renault F1 team, but is not hiding grander ambitions for the future.

Bahar met in London for a media dinner on Wednesday, where he confirmed that Group Lotus has "plans underway" to consider whether to build its own engines for its sports cars as well as an engine for IndyCar in 2012.

"This is the first step, having a complete own product – a sports car with an own engine – and then the rest is a logical consequence," he added.

But the main topic of conversation with the reporters in London was the embittered spat with Team Lotus, and Bahar said he expects the dispute to be settled out of court.

He admitted that the apparently logical solution – an amicable tie-up with Tony Fernandes – foundered due to the Malaysian millionaire's "ridiculous and absurd" demands.

The likely outcome is that Fernandes' outfit will be called Team Lotus in 2011 while Renault does not apply to change its chassis name due to the commercial ramifications.

Bahar concluded that it is therefore "unfortunately" inevitable that "commentators will just use the name Renault" to describe the Enstone based team until a name change can coincide with a new Concorde Agreement in 2013.

But no doubt to the chagrin of Fernandes' group, he added: "(The name) Team Lotus is something that should rest in peace."

He confirmed that Group Lotus doesn't want "anyone (else) to call their car Lotus because the Lotus car is our brand. We are just a car company trying to come up with a new formula one program".

Bahar also dismissed claims that the plans for the black and gold livery next year, inspired by the John Player Special Lotus cars of the past, is a reminder of F1's cigarette-laden era.

He insisted that next year's Renault livery will not have any "negative implications with potential tobacco advertising".

12/15/10 Malaysian-owned sportscar maker Lotus could eventually build their own Formula One engine as well as running a team, Lotus Group CEO Dany Bahar has said. Bahar said that the engine move, though a long way off, was a logical step for a group who will be Renault's title sponsors next season at the renamed Lotus Renault GP team.

"We have plans underway to think about our own engine family in our road car programs for the future," he said.

"The fact that we have announced that we will be developing an engine for IndyCar for 2012 shows already that we are heavily interested in becoming an engine manufacturer with our own brand."

Renault, who have sold all their stake in a team that will still carry their name, have a three-year deal to supply Lotus Renault GP with engines as well as champions Red Bull and the rival Team Lotus operation.

However the Formula One engine rules are changing, with a 1.6 liter four cylinder turbocharged unit due to be introduced in 2013.

Bahar, heading a young management team whose plans he recognized were "super ambitious and aggressive", hoped to take Lotus into profitability in the next five years with a new multi-car offering linked to various motorsport series.

He said Lotus, whose road cars currently use Toyota engines, saw themselves as "the British Porsche" rather than a Ferrari rival and like the German manufacturer intended to sell and race cars in every sportscar segment.

"I believe on the road car side, the engine is the heart of any sportscar and it is not far away from thinking for us that it would be the right decision to build our own engine for future sportscars.

"This is the first step, having a complete own product – a sportscar with an own engine – and then the rest is a logical consequence."