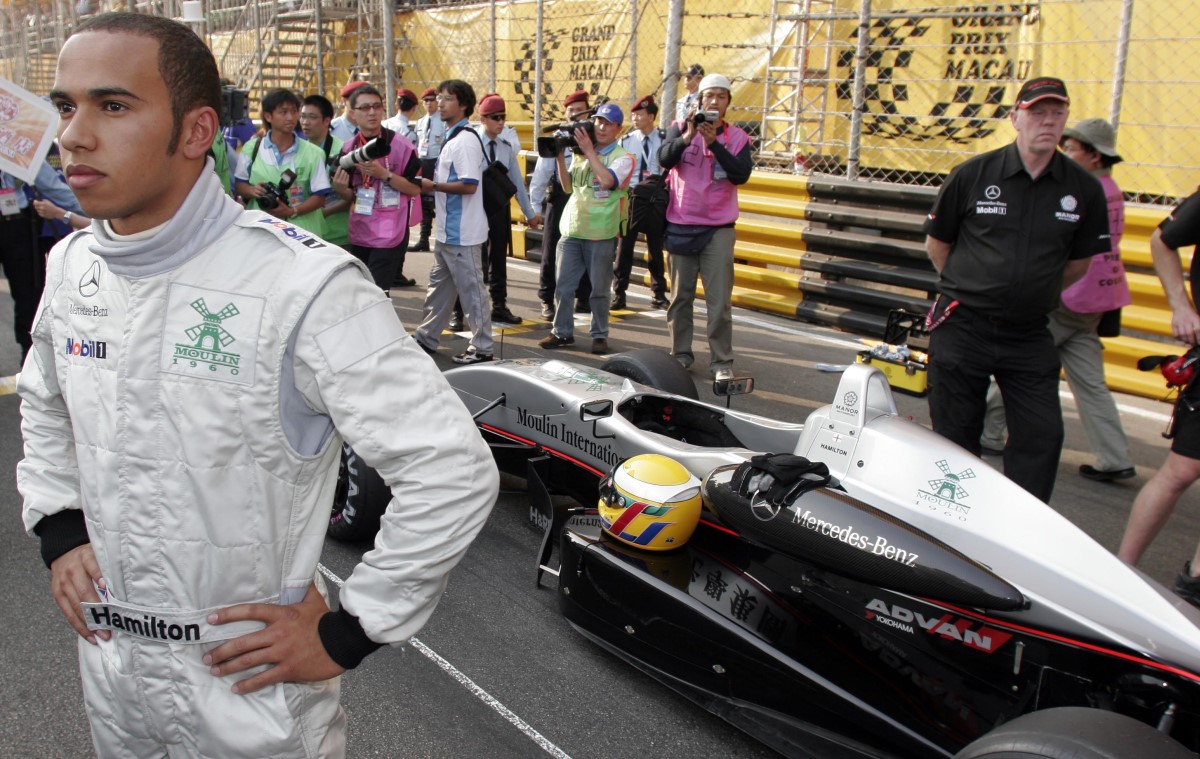 UPDATE Added photo of Lewis Hamilton on Macau grid in 2004 for Moulin backing.

12/12/10 A former sponsor of Lewis Hamilton, when the 2008 F1 World champion drove in Formula 3, has been jailed for 12 years after having been found guilty to committing fraud amounting to over $60 million. The fraudster is also the father of Hamilton’s ex-girlfriend Jodia Bo-kee.

Hamilton met Jodia Bo-kee during college and they started dating. She helped arrange for Moulin International to sponsor Hamilton in the high profile 2004 Macau F3 race. That year he took pole position in qualifying at the tricky street circuit but spun out during the race.

In his 2008 autobiography My Story, Hamilton wrote about his ex-girlfriend Jodia Bo-kee: “At the time I was without McLaren, I had to find my own sponsorship money. Jodia said, ‘My dad owns this company in Hong Kong and would love to sponsor you.’ I told her there was no way I wanted to do that but she went away and sorted it out anyway."