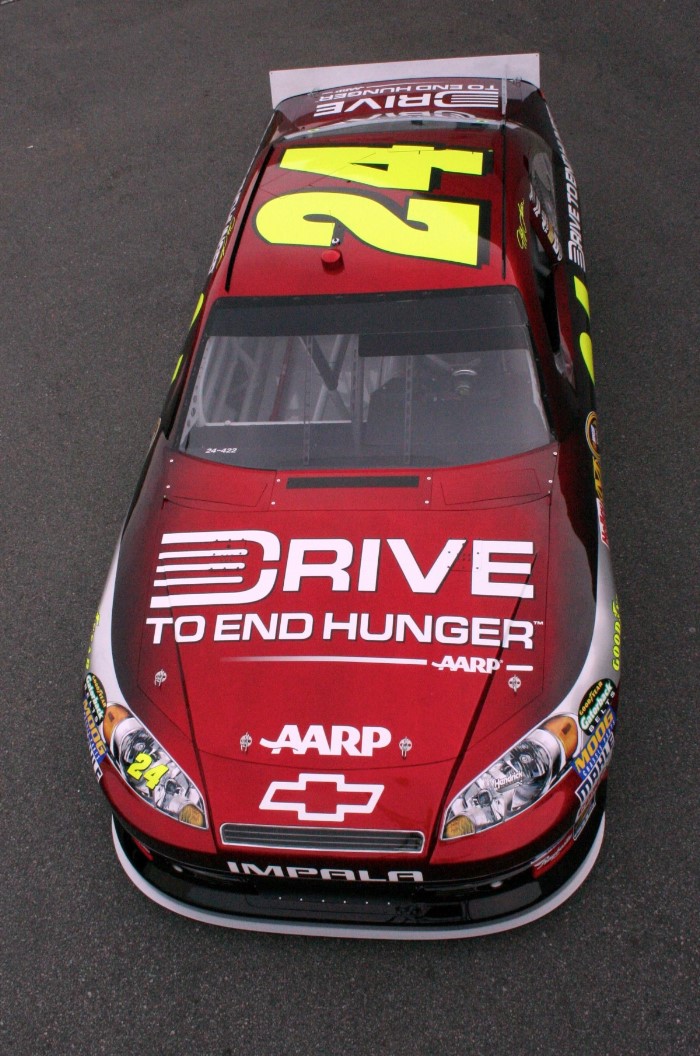 "Of the nearly 51 million Americans who face the threat of hunger every day, nearly six million are seniors who must make the heart-breaking decision between a nutritious meal and other necessities," said Gordon, 39, winner of 82 career Sprint Cup races. "By combining the power and generosity of the NASCAR community with such a deserving cause, we can make a difference in this country and solve this problem."

Gordon will drive the car for 22 races annually over the next three years to raise awareness of and help solve the growing problem of hunger among older Americans. The DTEH car is candy apple red fading down to black, with dominant white DTEH logos. DTEH is helping millions of older Americans who are facing hunger across the United States.

As part of the No. 24 sponsorship, DTEH, Gordon and Hendrick Motorsports will engage the NASCAR fan base, corporations and charitable organizations via a text-to-donate program; activation at racetracks across the country; further research on the causes and consequences of hunger in older Americans; and an innovative national grant program that will provide resources to address the problem at a local level. AARP