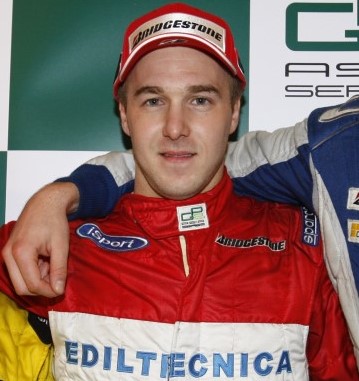 Last month, it was reported that the 23-year-old is a candidate to make his formula one debut with the Spanish team in 2011 if he can find enough funding.

Valsecchi, a race winner in GP2 this year, was the quickest of any of the young runners with F1's three new teams at the Abu Dhabi test in November.

"Italy should support him," team boss Colin Kolles was quoted as saying.

Italiaracing magazine said Valsecchi's strong pace in Abu Dhabi "surprised" Kolles and his management colleagues, who therefore invited him to Germany for a meeting.

Lotus to start 2011 season without KERS
(GMM) Lotus has not changed its mind about running a KERS system in 2011.

In May this year, team boss Tony Fernandes said the Norfolk-based team had "good reasons" to build the 2010 car's successor without the energy recovery technology.

Another new feature of the technical rules for 2011 is an adjustable rear wing to help boost overtaking.

"We will have the adjustable rear wing but not KERS for the start of the season – it's in development – really because of engineering resource," technical boss Mike Gascoyne told edp24.co.uk.

"Over one lap, it's still not a big plus for its effort, involvement and negatives. Strategically off the start and in races, then yes," he said.

"But at the start of the year, KERS is not going to be the thing that gives us the step up.

"It's all the other things, and we've taken the choice to concentrate on all those because if we don't get them right, KERS isn't going to make a difference."

Lotus' new engine supplier for 2011 is Renault, so Gascoyne confirmed that when the team is ready to run with KERS, it will be the French marque's unit.

"Renault are very keen on green technologies and KERS, so it's something we will be pushing," he said.

Proton confirms talks for partial Renault F1 takeover
(GMM) Proton intends to push ahead with a partial takeover of the Enstone based formula one team Renault.

Previously, it was believed the Malaysian carmaker was only in talks over a potential title sponsorship, with Renault F1 to be renamed after the Proton-owned British sports car maker Group Lotus.

But Datuk Syed Zainal Abidin Syed Mohamed Tahir, who is Proton's group managing director, told the Malaysian newspaper The Star that Proton is in fact negotiating to buy 25 per cent of the Renault team before the start of the 2011 season.

"Yes, that's the intent," he confirmed. "A decision will be made soon.

"We're close, just wait for a few days," added Zainal. "(The) 25 per cent (shareholding) is something that we are discussing.

"It's still too premature to disclose the exact percentage but it has to be a position where we can control our brand," he said.

Vettel considered for Laureus award nomination
(GMM) Sebastian Vettel is being touted as a likely nominee for the 2011 Laureus World Sportsman of the Year award.

The six nominees for the world's premier sports plaudit are not due to be officially confirmed until January, but the selection procedure is underway and media sources say F1's new world champion is among those being voted for.

The nominees are selected by the Laureus Media Selection Panel, comprised of the world's leading sports editors, writers and broadcasters.

The winner is then selected by the Laureus Academy, made up of 46 of the greatest sportsmen and sportswomen of all time.

The winner will be announced in February during a televised awards ceremony in Abu Dhabi.

No sponsorship is 'handicap' admits de la Rosa
(GMM) Pedro de la Rosa has acknowledged his plans to return to formula one in 2011 may stall due to a lack of personal sponsorship.

After several years as McLaren's test driver, the 39-year-old Spaniard was ousted by Sauber after 14 races of his race comeback season.

Now Pirelli's tire tester, de la Rosa had been linked with the Spanish team HRT for 2011, but owner Jose Ramon Carabante recently warned that "without money, there is no place for him".

The FIA entry list published earlier this week showed 10 potential vacancies for next season, but when asked if there are actually fewer openings, de la Rosa insisted: "For sure.

"Most of them are already reserved for drivers that come with a sponsor," he is quoted by the Spanish sports newspaper Marca.

"That's my handicap," he admitted, "that I haven't got a sponsor. But I'm not giving up.

"I'm stubborn and I want to race. If in the end I have to be a reserve or a tester, I will, but first I will try everything (to race)."

De la Rosa admitted that there are options outside of F1, including the premier American open wheel series IndyCar.

Hamilton switched to Car No. 3
Formula 1 governing body the FIA has confirmed that Lewis Hamilton will race in the number 3 McLaren throughout the 2011 season, with the 2008 World Champion having initially been handed the fourth entry on the grid.

The switch comes following a request from the Woking-based team, whose other driver Jenson Button was originally and automatically entered with the lower number – as per 2010 – despite finishing the season behind his team-mate in the standings.

The Swiss team announced on Friday that the Ferrari-powered C30 will be launched at Valencia's permanent Ricardo Tormo circuit, the scene of the first group test of the 2011 pre-season.

It is likely many teams will also be testing their new cars at the Spanish venue.

"The new car is on schedule," a spokesman for the Faenza based Toro Rosso team told f1today.nl. "We are planning to have it for the first test in Valencia."

And after Lotus said it will begin 2011 without KERS, it seems likely that Toro Rosso's STR6 will be fitted with the energy recovery technology.

The Faenza based team's Swiss driver Sebastien Buemi was in the simulator this week to prepare for 2011.

"There will be quite a few new tasks in the cockpit next year, with the re-introduction of KERS and the use of an adjustable rear wing," he said.

"I am not going to tell you anything (more) about the STR6, let's just say it definitely looks impressive!" added Buemi.

A few days ago, reports linked the 28-year-old German with Vitaly Petrov's Renault seat and quoted him as saying it is only "99.9 per cent certain" he will be staying with Virgin even though he has a contract for next year.

But in a team interview published on Friday, Glock said he is "excited" about 2011.

"And yes I am definitely driving for Virgin," said the former Toyota and Jordan driver.

"It is not just 99.9pc certain that I will stay, as has been reported — it is 100pc certain that I am staying. Since the beginning I have had a long-term contract with the team and I said then that I was doing this to help build a team for the future."

Glock said the rumors about him being unhappy at Virgin are wide of the mark.

"There has been a lot of speculation about me wanting to leave, but it is not about leaving a team, it is about wanting to do better and keep moving forward," he insisted.

"This is a great team of people who have given blood, sweat and tears to our first season. Some people haven't seen that with their own eyes, like I have, so it's easy to criticize or be cynical," he added.

Glock's 2010 teammate Lucas di Grassi is not yet confirmed for 2011. The Brazilian rookie wrote on Twitter that he has "nothing yet" for next season but is "confident".

Glock said: "I don't think we will have to wait too much longer for that news — hopefully before Christmas."

On the market is Nico Hulkenberg, the solid 2010 rookie who has been ousted by Williams.

"I still do not have a new contract with another team, but that will hopefully change very soon. It looks well," the 23-year-old German said on Friday.