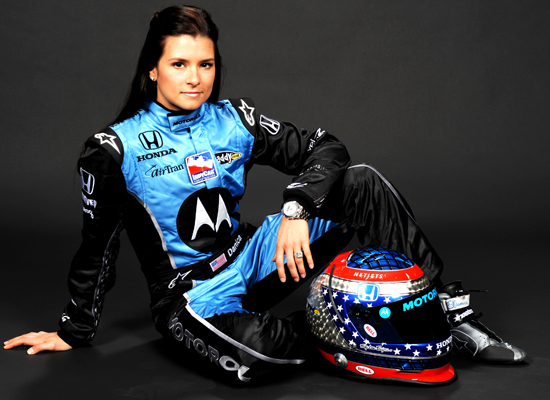 Once the foundation begins to crumble, it’s just a matter of time before the rest of the building comes crashing down. You can call them words of wisdom, or you can take it for whatever it's worth and move on. Either way the consequences are always going to be there, waiting in the midst for just the right time to come out and strike that person dead.

Danica Patrick, who drives the Andretti Autosport Honda GoDaddy.com-sponsored IRL car, has been the poster girl ever since she first entered the series back in 2005. Patrick, who built her career by overshadowing her less than skillful driving abilities by posing for the Sports Illustrated swimsuit edition, literally threw her team under the bus during qualifying for next weekends Indianapolis 500.

Patrick, who was close to tears after qualifying 23rd, was heard over the public-address system saying that, "This is the worst car I've ever had. There's no stability or grip. It's just scary, really scary…It's awful, really awful. I think I'm still shaking."

Patrick went on to say that, “I wasn’t flat out the last two laps and I was scared to death flat on the first two. I’ve never been bad here before. I’ve never been outside the top 10 on a finish or qualifying, so, it’s not my fault. The car is not good."

Right after her comments were broadcast, the fans began expressing their disapproval by booing her because of her displeasure with the team.

For some reason she still thinks she is invincible, and as a driver what she said about her team was wrong, plain and simple.

Is it really that hard for her to take the blame once in a while, instead of telling her team once again that it’s not her fault? More at Bleacher Report