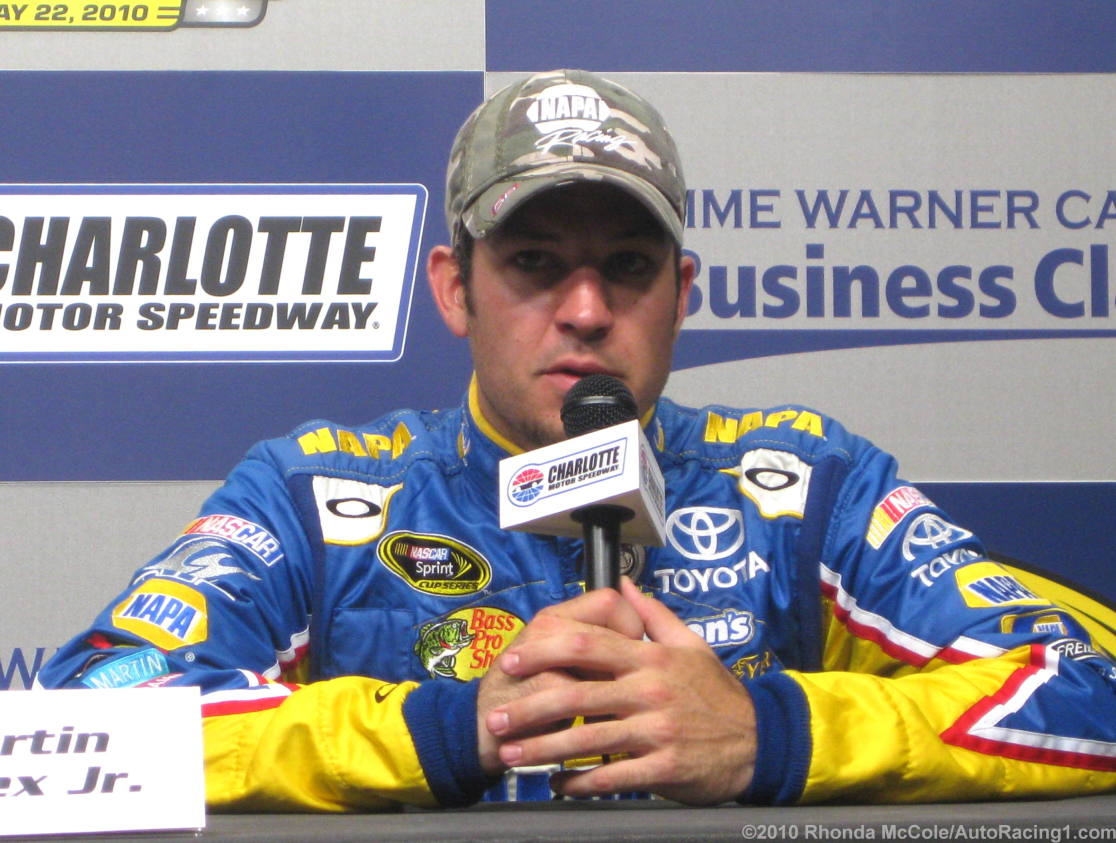 All Martin Truex, Jr. needed to do was finish second in Saturday night’s Sprint Showdown to advance in the field for the 26th running of the NASCAR Sprint All Star race at Charlotte Motor Speedway.

He was having none of that. Second wasn’t enough – he wanted to win.

Truex slid past Greg Biffle in a side-by-side battle to take the lead with eight laps to go and cruised to his second Sprint Showdown victory and into his fourth all star race.

“We knew it was going to be a challenge coming in, having to start back there because of the rain," said Truex, Jr. “You get on these big tracks and the dirty air is really tough, so at the beginning we just fought that track position, got real tight in traffic. We us two tires there and got some track position and then just one at a time, picking them off.

“It feels good to get in this thing and have a shot at a million bucks. We have to start at the rear, and track position is really important, but you never know what might happen. We’ll give it all we got and try to make our way to the front."

It was the first victory for Truex since joining Michael Waltrip Racing at the start of the 2010 season, and his third straight start for Truex in the all star event, having won the 2007 Showdown and winning the fan vote in 2008.

Biffle and his team gambled on old tires, electing not to pit between segments and hold onto the coveted track position that ultimately got them into the big show for the seventh consecutive year.

“I thought we were a sitting duck," Biffle said of the decision not to pit. “I’m running second….I could have had two tires and not lost track position. You’ve got nothing to lose and I hate passing up the opportunity to have bullets in the gun, but I thought they were gonna mow us down.

“I thought it was going to be a huge mistake, but obviously it wasn’t."

David Ragan started on the pole after rained washed out Friday’s qualifying session and quickly jumped out the front with teammate Greg Biffle close behind.

Juan Pablo Montoya and a hard-charging Regan Smith got together to bring out the night’s first caution on lap 18, ending both of their night’s and bringing the field to the end of the first 20-lap segment.

Ragan and Biffle elected to stay out as the field came to pit road with David Gilliland, Jeff Burton and Truex winning the race off pit road with two-tire stops, lining up behind the two Roush-Fenway Fords for the start of the second 20-lap segment.

Just one lap in, Gilliland came charging to the front, sliding up and into Ragan as they came through turn three. Ragan scraped the wall while Gilliland fell back and finally pounded the wall in the front stretch, putting an end to his night.

With Ragan’s car falling back in the field, Biffle inherited the lead with Truex in tow.

Truex played follow the leader for the next 15 laps before ducking to the inside to try for the lead on lap 32 but couldn’t pull off the pass down low. Truex then tried high side coming through the frontstretch, running side-by-side until finally clearing the no. 16 of Biffle on the back-stretch.

Biffle tried to duck back inside, but couldn’t gain an edge as Truex quickly pulled away to a 10-car length lead and easily cruised to the checkered flag to transfer in the All Star race.

Biffle held onto the runner-up spot to also transfer to the big dance. Jeff Burton, Paul Menard and Marcos Ambrose rounded out the top five.

Carl Edwards finished tenth but won the fan vote to advance into the all star event. Pete McCole reporting from Charlotte