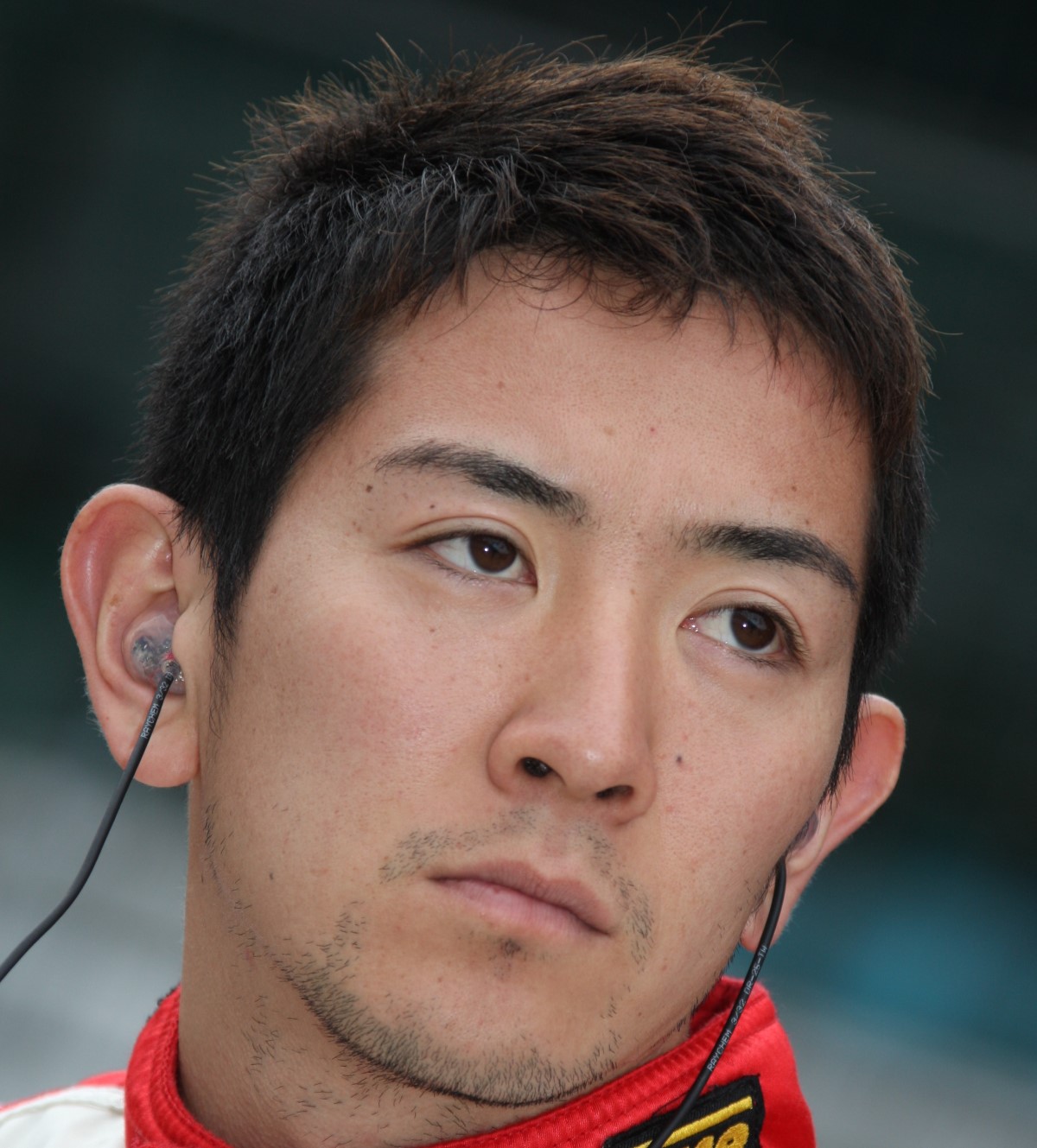 Luyendyk, 28,is the son of two-time Indianapolis 500 winner Arie Luyendyk. He has 62 career Firestone Indy Lights starts, with one victory. He started the 2006 Indianapolis 500.

ARIE LUYENDYK JR.: "I am thrilled to be back in a race car, especially at Indianapolis. I have known Dan and John Andersen of Andersen Racing since my days in USF2000. I have always had a great relationship with them over the years, and now I'll finally have an opportunity to drive one of their cars. Indianapolis means more to me than I can express. I've come back to win, and I'm confident that Andersen Racing will give me a car that can make that a reality."

DAN ANDERSEN (Co-owner, Andersen Racing): "We are pleased to add Arie to our lineup at Andersen Racing. We've known him since he competed in USF2000, and we've watched his performances in recent years in Firestone Indy Lights with great interest. He clearly is a winner, and with the car we know we can give him at Indy, it's exciting to look forward to having some fun in the Firestone Freedom 100."

Indianapolis 500 veteran Paul Tracy will drive in the new series "Battle of the Supercars" on SPEED. Tracy and Formula Drift champion Tanner Foust will drive in some of the most exotic cars, including models from Ferrari, Lamborghini, Porsche and other manufacturers.

The #06 car fielded by Newman/Haas Racing for Hideki Mutoh will be the 12th and final participant in the Indy 500 Pit Stop Challenge on Miller Lite Carb Day, Friday, May 28.

Thousands of iRacing.com members worldwide will race in the iRacing.com Indy 500 on Saturday, May 29, the day before "The Greatest Spectacle in Racing" at IMS.

The Indianapolis Motor Speedway and IZOD IndyCar Series formed an official partnership with iRacing in 2009.

IMS is one of more than 40 racetracks in the U.S. and around the world that are represented in the iRacing.com internet-based motorsport simulation service. The service is inexpensive and intended to let motorsport fans and racing games enthusiasts from all around the world practice and, if they wish, compete against friends and other fans in organized races. The tracks and cars in the service are modeled so accurately that a professional racing driver can use them to learn a track he or she has never seen before.

Survey-quality laser-scanning is used to capture data, so the finished track is accurate to with 2 millimeters. Every tiny bump or change in road camber is accurately represented in the virtual version of the track.

Scanning of the Indianapolis Motor Speedway and photographic documentation took nearly six eight-hour days, while another four months were spent by iRacing.com's production department converting the data into an exact replica of the legendary 101-year-old racetrack.

KEVIN BOBBITT (Director of marketing, iRacing.com): "It's every racer's dream to compete in the Indy 500. There is just no other race like it. The World Tour lets every one of our more than 20,000 members compete in any or all of 15 of auto racing's signature events, but it's hard to think of another race that exceeds the historic significance or pure thrill of the Indy 500. iRacers won't have to just wonder what it's like to funnel into the first turn of the Indy 500 coping with the turbulence of 32 other cars in close proximity – they'll know first-hand. We have a special promotion that includes the Dallara-Honda Indy car and the Indianapolis Motor Speedway, along with the regular rookie package of cars and tracks, plus a three month membership. Anyone interested in getting in on the fun can check it out at http://www.iracing.com/indy-500-2010/."

Indianapolis 500 veteran Townsend Bell talked about his preparations for the 2010 Indianapolis 500. He is driving the No. 99 Herbalife Ganassi/Schmidt Racing entry.

TOWNSEND BELL: (On getting up to speed in his first start of the season): "It's great to be back. The car feels fantastic. The team has done a great job of getting us prepared, and we are excited to get some running done here." (On the new Pole Day format and the shorter month): "Well, obviously the month has been condensed and we've had quite a bit of rain so far, which has condensed it even more. I think that that has put an increased intensity on the on-track action as we get closer to qualifying weekend. Any time you can increase the intensity of what's on the track; I think it's going to be good for the fans." (On how an Indy-only program handles the shorter month): "You can't fast-track chemistry and all that goes with that, but luckily I've worked with our race engineer before, and we've had a lot of time to prepare. I think that for an Indy one-off, we're as well prepared as you can be." (On racing plans after Indy): "I don't have anything planned at this point."

A.J. Foyt Racing driver Vitor Meira will appear at a press conference at 10:30 a.m. (ET) Wednesday, May 19 on the fourth floor of the Media Center.

Medical report from Dr. Geoffrey Billows, Indianapolis Motor Speedway director of medical services: #4 Dan Wheldon has been cleared to drive today after being re-evaluated for a bruised right foot suffered in a crash Sunday, May 16.

Apex-Brasil, the Brazilian Trade and Investment Promotion Agency and the official Trade and Energy partner of the IZOD IndyCar Series, has added a spa featuring high-quality Brazilian beauty products to its hospitality facilities at the track.

A professional hair stylist and professional manicurist will be available to women in the IZOD IndyCar Series family.

Tickets are still available for the 11th Racing To Recovery event organized by the Sam Schmidt Paralysis Foundation from 6:30-10:30 p.m. Wednesday night, May 19 at the Renaissance Indianapolis North Hotel in Carmel, Ind.

Race fans can rub elbows with a who's who of IZOD IndyCar Series personalities, including several drivers. Tickets may be purchased by contacting the Foundation office at (317) 236-9999. Reserved seats can be purchased for $200, while open seating seats are $125.

1963 Indianapolis 500 winner Parnelli Jones is the evening's honored guest, as he is being awarded the Sam Schmidt Paralysis Foundation's Legendary Driver Award. Several other current and past IZOD IndyCar Series drivers are expected to attend.

The event will feature cocktails, a dinner buffet and a live and silent auction with an impressive list of items. Two featured items include a replica Parnelli Jones helmet that he will sign at the Gala. In addition, one lucky bidder will leave with a Peyton Manning-autographed helmet.

More information can be found at www.samschmidt.org.

2002 Indianapolis 500 pole winner Bruno Junqueira spoke in the pits today about his prospects for driving the No. 33 FAZZT Race Team entry in this year's race.

BRUNO JUNQUEIRA: "It feels really good to be back at Indianapolis. I love this place. I'm ready, and we're just waiting to see what happens with our sponsor. Tag (Alex Tagliani) is going fast, the car is looking good, and the balance of the car is good. I just hope if we get out there that we can make the #33 car just as fast and put both cars in the show." (What are you racing this year?): "I've been racing Brazilian Trucks this year and just finished my third race this weekend. It's been really fun and a different challenge for me. There are a lot of racers I know in the series, like Cristiano Da Matta and Felipe Giaffone, and there are other good drivers and it's a really good series. I feel like I'm getting better every time I go out. It has been good to give me some racing experience before coming to Indianapolis since it has been a long time since I have raced. So I'm ready to go."

Indianapolis 500 veteran Oriol Servia was in Gasoline Alley today, looking around for prospects for a ride for this year' race. Servia finished 26th last year in a Rahal Letterman Racing entry.

ORIOL SERVIA: (We are curious if you have anything going?): "I am curious, too! Actually, I been very, very close to something that would be really good. We were supposed to have an answer last week, then Friday, then Monday, then today, but I am still waiting. But you know how these things go. It is all about getting contracts signed and money being sent. I hope it happens. There is no other place I would rather be racing you know than this race." (Are you working with a particular team?): "Yes, but who knows what will happen in the end? I have to get the money first." (Do you think your chances are good?): "I don't know, man. Last week I thought they were and I thought I would be driving today, so I don't know what to tell you. I think there is a good chance, and if it happens it will happen with a car that we can go for the win. But it's not there yet, and we will have to wait and see."

Medical update from Dr. Geoffrey Billows, Indianapolis Motor Speedway director of medical services: #8 E.J. Viso is awake and alert and being transported via ground to Methodist Hospital in Indianapolis after complaining of back pain. A further update will be provided when available.

A total of 44 cars are currently at the Speedway, and 44 have passed technical inspection. Thirty-six drivers have been on the track to date and turned 1,590 laps today and 3,562 laps this month. Alex Lloyd turned 81 laps today, more than any other driver. There were six cautions for a total of 42 minutes.

The IZOD IndyCar Series has enhanced its official website, www.indycar.com, through partnerships that will help tech-savvy race fans follow the series even better.

The IZOD IndyCar Series is using free fan tool nomee to integrate all social media streams so followers can keep up with their favorite IZOD IndyCar Series drivers through Facebook, Twitter, YouTube, Flickr and top racing blogs, along with the latest news from ESPN, VERSUS and Google.

Finally, fans can stay connected to with the IZOD IndyCar Series and download a specially-themed browser from browserNation.com.

The browser, which works like a typical Web browser, connects users to the exciting digital content such as videos, photos and the latest news from the track. Fans using the IZOD IndyCar Series browserNation browser are eligible for discounted items and great competition prizes.