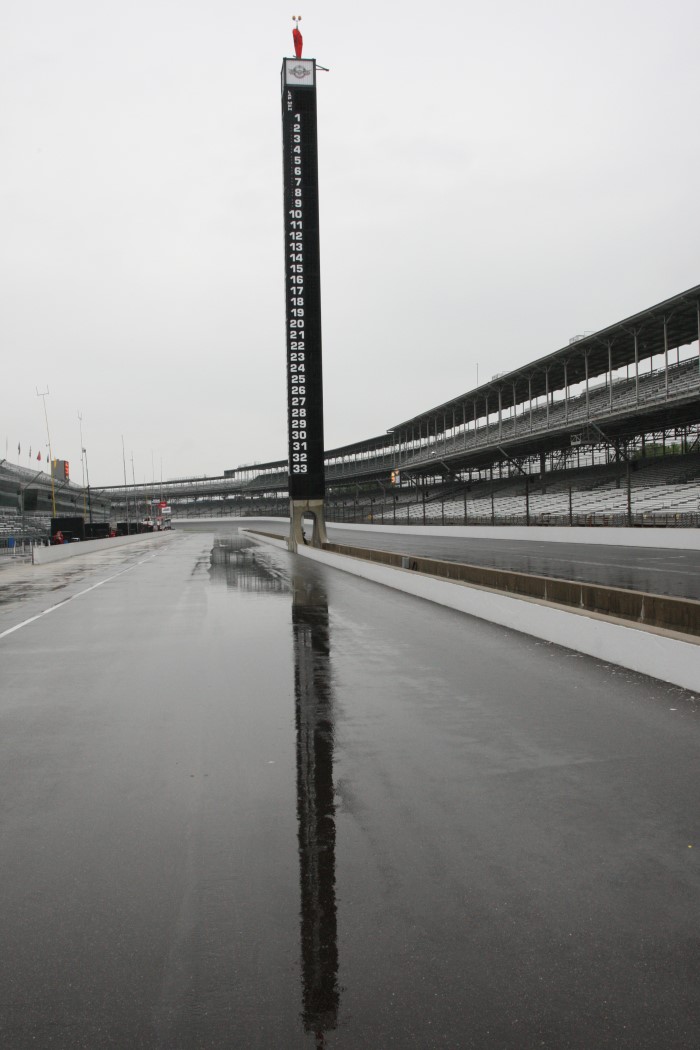 The chance for higher speeds received more traction Monday when Indianapolis 500 officials confirmed drivers going for the pole can use extra sets of tires in the new qualifying format.

The fastest nine drivers in Saturday's early session will advance to a special group at 4:30 p.m. Their times will be wiped away as they run for the No. 1 starting position for the May 30 race.

Each of those drivers will be allowed two more qualifying attempts before the 6 p.m. gun, and each four-lap run will be on fresh Firestones. The benefit of new tread is 1.5 mph, Helio Castroneves said Monday.

"If you want to go for the pole on (used) tires, you won't make it," said Castroneves, a three-time race and pole winner who won both last year. "You won't hold the front end (of the car). I wouldn't even try it in practice."

Castroneves had the fastest lap last weekend at 227.046 mph.

Event officials considered a recommendation from some teams to trim from nine to six for the final round, but chief steward Brian Barnhart said no.

"This format is new, and we need to see it play out first," he said.

Barnhart also confirmed that the order of the special session will be determined by the competitors. The fastest in the early part of the day will have first choice when to re-qualify. The rest of the spots will be chosen by drivers based on speed.

Rain washed out Monday's practice and similar weather is in the forecast for today. But Barnhart said qualifications will go on this weekend regardless of how much practice drivers have had. The 500's starting lineup won't be based on the points standings, as many rain-affected events are.

"We'd qualify on Carburetion Day if we had to," Barnhart said. Indy Star