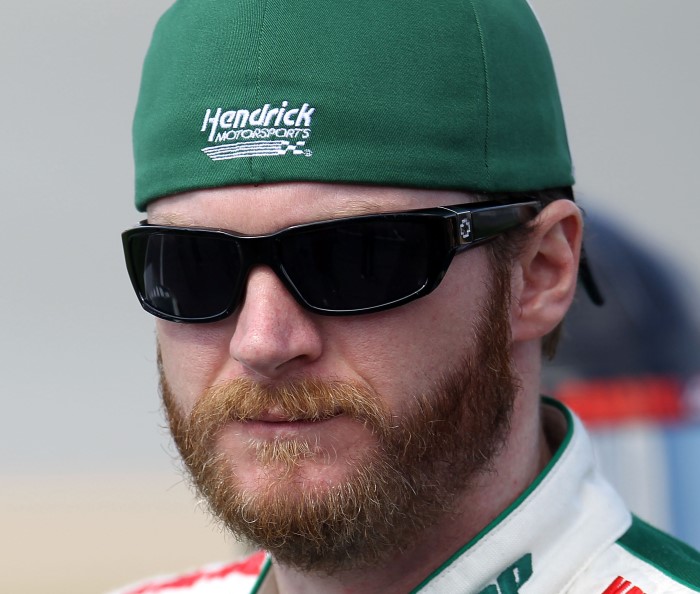 It was just about a year ago that the optimism that comes with major change seemed to be brimming with the No. 88 Hendrick Motorsports team. It was a new day dawning for Dale Earnhardt Jr. and his Hendrick team when they arrived at Dover International Speedway in late May 2009.

Coming off a 40th place finish the week before in the Coca-Cola 600 at Charlotte Motor Speedway, and a pair of 27th place finishes in the two events prior to that, team owner Rick Hendrick had pulled the trigger on what had seemed inevitable for weeks. Gone was crew chief Tony Eury Jr., replaced – on a team that then sat 19th in the standings – by Lance McGrew.

So it's hard not to see the irony in the smoke signals that seemed to be rising from Earnhardt's camp following his 30th place finish in Sunday's Autism Speaks 400 at Dover.

A year ago at Dover it was Kyle Busch, the driver fired from Hendrick Motorsports to make room for Earnhardt, who lobbed a roundhouse of a shot after hearing the news of Eury's firing.

Could Busch be proved a psychic soon?

Earnhardt hit the road from Dale Earnhardt Inc. – the organization started by his late father and seven-time Sprint Cup Series champion – after the 2007 season, making it clear he wanted to drive for an outfit that could provide him the opportunity to compete for a championship.

Though thus far during his time at Hendrick Earnhardt has hardly shown himself to be a driver even close to ready to run for a title.

This year he opened the season with a runner-up finish in the Daytona 500 and it has been downhill ever since. In 12 races in 2010 he has one top-5, three top-10's and three finishes of 30th or worse. In the three races leading up to Dover on Sunday he had finishes of 13th, 32nd and 18th respectively.

"Eventually the only person that will have to answer to my success is me," Earnhardt said last year after the news of the crew chief change.

It seems though that "eventually" hasn't arrived just yet.

After Sunday's race at Dover, which dropped him to 16th place in the standings, Earnhardt seemed hardly ready to shoulder the blame for his struggles this year or over the last three seasons. Earnhardt did take the blame for mistakenly pitting under green when he thought the car had problems and really didn't, but when it came to the overall issues that have plagued the team, he would not point the finger at himself.

"I don't know, man," Earnhardt told SBNation.com following the race Sunday. "Oh well. What the [expletive] am I supposed to do? I know I'm a better race car driver than that. My [expletive] ain't that good."

So Earnhardt's cars "ain't that good." Does he remember that his three teammates, Jimmie Johnson, Mark Martin and Jeff Gordon, driving the same Hendrick Motorsports equipment that he does, finished 1-2-3 respectively in the standings last year?

On the surface, there are three focus variables when it comes to the success of any Sprint Cup Series team. There's the driver, the crew chief and the equipment. There's few questioning whether or not Hendrick Motorsports can provide championship caliber equipment. Johnson, who has won the last four championships, is testament to that fact.

So will it be the crew chief that again takes the bullet? Based on McGrew's comments after Dover, it doesn't sound like there's any loving good feelings going on inside the 88 camp.

When asked by SBNation.com about the issues at Dover McGrew said: "Nothing was wrong." Then asked how the team rebounds McGrew said: "I have no idea."

It seemed like a marriage made in NASCAR heaven when it was announced in 2007 that Earnhardt, the most popular driver in the sport, would join Hendrick, arguably the most powerful owner in the sport. The question now is will there come a time soon when Rick Hendrick will have to try to save face and take the big step that is moving on from the relationship?

Hendrick himself is starting to look bad in the deal. Last year when the move was made to insert McGrew as the crew chief Hendrick promised that the organization would put its full resources behind improving the situation with the No. 88 team.

"It's going to be a collective effort that includes all of our drivers, all of our crew chiefs and all of our engineers," Hendrick said last year. "Everyone in our company will be involved on some level."

If Hendrick has truly done that and this year's results are what's become of that, then the time has come that the driver variable of the problem needs to be examined deeply.

As a matter of fact it was Earnhardt himself that seemingly made that exact point in May of 2009.

"Obviously when you put yourself at Hendrick Motorsports, you're in the best equipment and you should win races," Earnhardt said after the crew chief change last year. "And if you don't, that really sort of makes for a hard argument that you had any business being there in the first place." The Backstretch