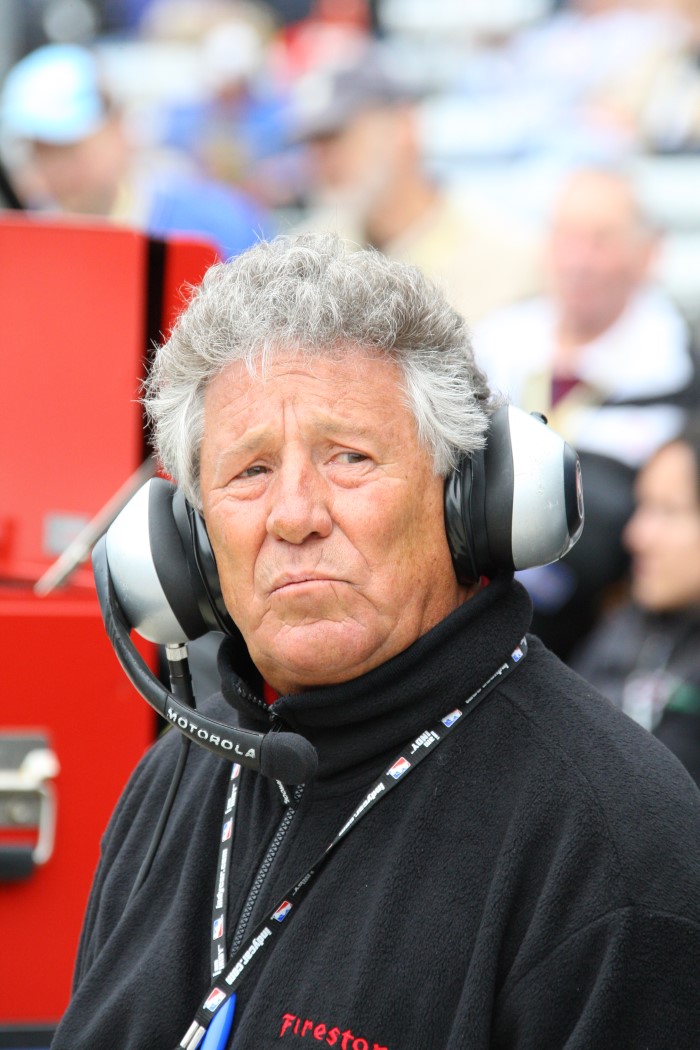 Practice starts this weekend for this year’s 94th Indianapolis 500. Qualifying takes place at the Indianapolis Motor Speedway on May 22-23, with the race on May 30. But most of the talk in IndyCar circles is about the future, as the IRL debates its new formula for 2012. In Tuesday’s Indianapolis Star, the IRL’s new CEO Randy Bernard declared the time has come to leave the IRL brand behind and find a new, more fan-friendly identity for IndyCar racing. Mario Andretti says he hopes Bernard can achieve the many goals he’s set for himself.

“I’m excited with the prospects for Randy Bernard," said Mario. “The jury is still out, but he’s beginning to show the elements of leadership that we’ve all been hoping for, for so many years. He’s talking to a lot of people and I think he’s listening.

“Look at what he said recently about it’s time to bury the reference to the IRL. I talk to a lot of people and so many of them can’t bear to hear the IRL name. Unfortunately, the IRL entity just keeps all the old wounds open. There are probably millions of open-wheel fans who have migrated away from the series and don’t even turn the TV on anymore because they have such bad feelings about the IRL name.

“I called and left a message with Randy when I read what he said in The Star. It takes cojones to do that, to recognize the fact that the IRL name destroyed what was good about IndyCar racing. I’m so happy that Randy is addressing this issue because it’s one of many things that need to be put to bed before we move on.

“Randy (above) has got a lot of good ideas and I’ll do everything I can to support the guy. I’ve said to him don’t try to reinvent the wheel. This is a series that had its glory days. A lot of us know what the formula was and we’ve got to get back to that formula. It was a series that everyone took notice of, including NASCAR and Formula 1. But right now it’s reduced to almost a club series. The drivers are barely making a living and nobody cares or knows who they are. There’s no appeal or dimension to it. We’ve got to get back to the level we had 10 and 15 years ago.

“But you can’t do that by copying NASCAR or Formula 1. We’ve got to redevelop the formula that worked for us. We’ve got to get back to venues like Laguna Seca, Elkhart Lake and Milwaukee. These are the traditional venues that are very appealing to the fans and sponsors.

“And they’ve got to get away from all this talk about Scott Dixon being the most successful IndyCar driver in history. Why do they take themselves away from their tradition so that everything before the IRL doesn’t count? Where are Foyt, myself and the Unsers? By only quoting the IRL winners you’re giving up the essence of what the sport is all about.

“IndyCar racing goes back to the beginning of the 20th century and no other racing organization anywhere in the world can make that claim," Mario concluded. “Scott Dixon is a fine driver, but let him fall in line with the rest of the great drivers. Let him go up against Ralph De Palma, Pete de Paolo, Jimmy Murphy, Bill Vukovich, Rodger Ward and all those great drivers who were part of creating the aura of what IndyCar racing was all about." motorsportsmagazine.com