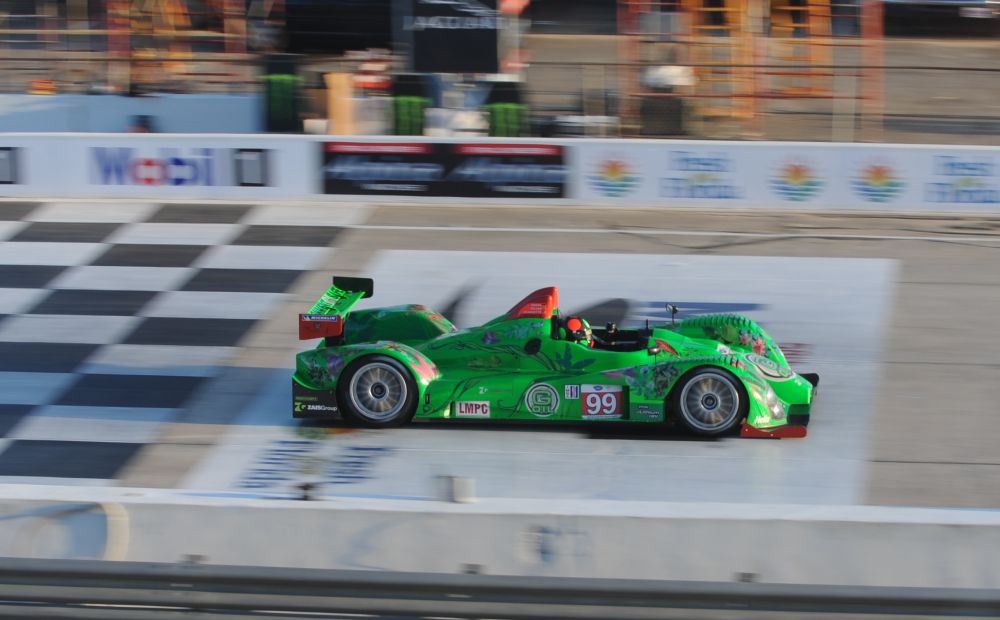 Green Earth Team Gunnar has announced today that they will share some of their speed secrets with the competition.

Team owner Kevin Jeannette has always known that the American Le Mans Series (ALMS) has the newest and most competitive class in sports prototype racing in America with the introduction of the new LMPC class. The class is made up of seven (and more to come) identical prototype racers that have restricted engines to keep the parity between each of the cars. Jeannette says, "To find an edge in performance is almost impossible!"

Most of the teams have figured that the winning combination has to be in their decisions about driver lineup and how the drivers will perform as a duo or trio, because of the regulations regarding how long a driver must be in a car during any of the timed races. "We thought we would be the team to beat at Long Beach because of our driver lineup," Jeannette said. Car owner Christian Zugel (the team’s ‘C’ driver) opted to sit out and let ‘A’ class driver Gunnar Jeannette and ‘B’ driver Elton Julian take care of the driving because the race was only 100 minutes long and only needed two drivers to get the job done. The combination worked and they were fortunate to win their first race of the season.

Jeannette also said he thinks his team has an unfair advantage and he wants to come clean and share it with the other six competitors in the LMPC class. "G-Oil has given us an unfair advantage, and whatever happens with the rules, we will race at Monterey with all of our drivers: Gunnar, Christian, and Elton," says Jeannette.

Green Earth Team Gunnar and Green Earth Technologies will offer their unfair advantage to all other LMPC competitors for the rest of the season. Jeannette said, "This not only gives the other teams a chance to help save our Mother Earth but I think it’s the right thing to do because we want to beat the others without any unfair advantages."

"We want to outdrive, outthink, and outlast our competition and if we have any advantage on them, it wouldn’t be the same! Winning against such a great field of teams and drivers is such an honor and we know we will have to fight for every finishing position in the seven remaining races!"

"The bottom line is, a G-Oil raced car will always be a winner because if all the teams use it, our Earth will be better for it. If our competition beats us with G-Oil, we will be sad that we were beaten but happy that our competition is trying to help save our Environment too!"

Kevin Jeannette of GETG and Jeff Loch of Green Earth Technologies will offer all LMPC teams G-Oil for the remainder for the season at no cost. Kevin's address to the teams: "If we beat ya and you don't have G-Oil… you can't say we didn't offer at least one of our speed secrets!"