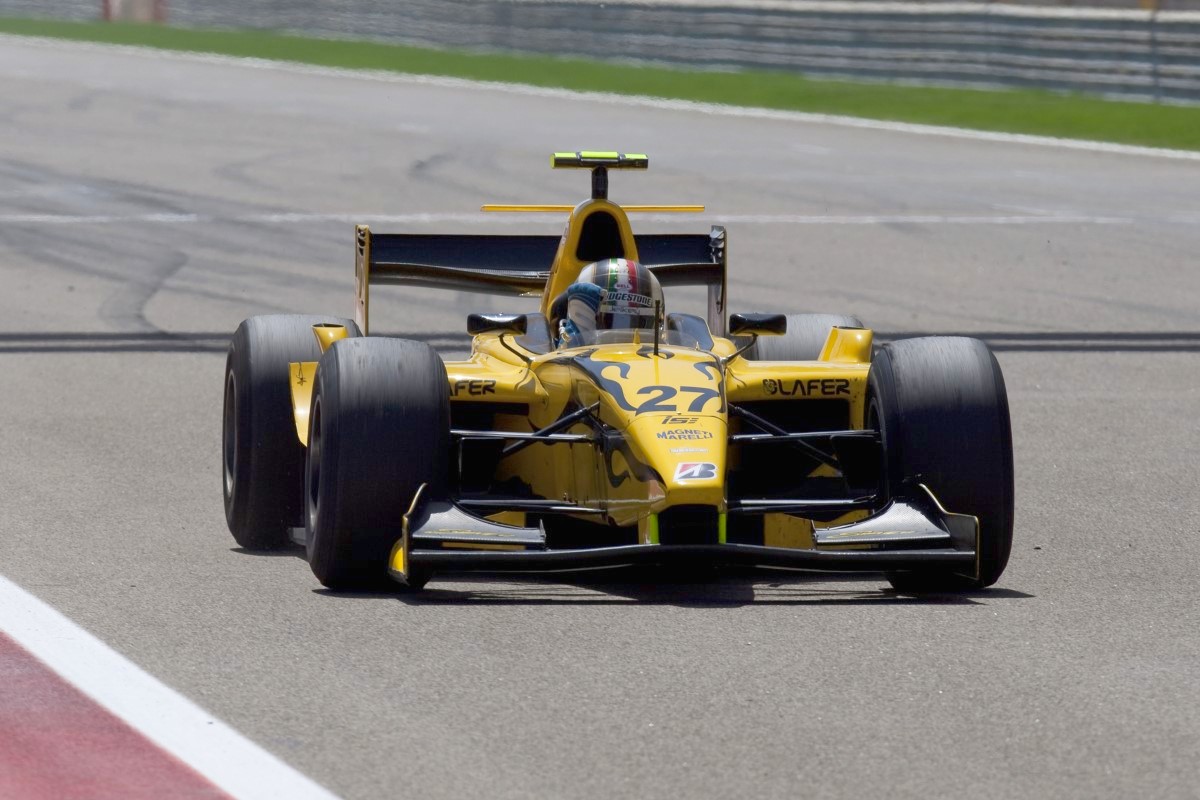 Giacomo Ricci was all smiles and pumping the air with both fists on today’s podium after he flew from fourth on the grid to leading the race even before Turn 1 and then pulled away from his rivals. Untouchable and extremely consistent, the Italian comfortably won his first GP2 Asia race with a 5.3s gap on ART’s Sam Bird.

The podium was decided in the first corner with Ricci taking the lead ahead of Bird and Coloni’s Alvaro Parente. The trio did not change for the remainder of the twenty lap race while the action and traditional GP2 excitement happened behind. Davide Valsecchi emerged from seventh to fourth place ahead of four energized racers: Meritus’ Alexander Rossi and Luca Filippi and Arden’s Charles Pic and Javier Villa. Fighting against DPR for second and third places in the teams’ standings, the two duos started an impressive battle in the early stages of the race.

Villa had a poor start and lost the advantage of starting from the front row with today’s poleman Edoardo Piscopo failing to make it to the grid. While Rossi overtook his slower teammate Filippi, Villa busy with trying to surprise the Italian also had to try and fend off his teammate’s attacks. Eventually, Pic passed both Villa and Filippi in a bold move into Turn 2, but he had to pit on Lap 9 following a tire puncture and dropped out of the points.

All race-long, Rossi was after Valsecchi and eventually got passed in Turn 1 only to run wide in Turn 2 and have the Series Champion claiming back his fourth position. Villa finished sixth and added another precious point to Arden’s total to take second in the Series standings.

As Ricci crossed the finish line Filippi who lost seventh place to Yelmer Buurman in the last corner could only think about one thing: both Italians on 29 points with Ricci’s win, only the bonus point for fastest lap could see the Meritus man lose second place in the Series. But Bird for the first time on a GP2 podium grabbed bonus point and let Filippi enjoy his being Vice Champion. Italy can be proud today: the 2009-2010 GP2 Asia Top three drivers are Italian!