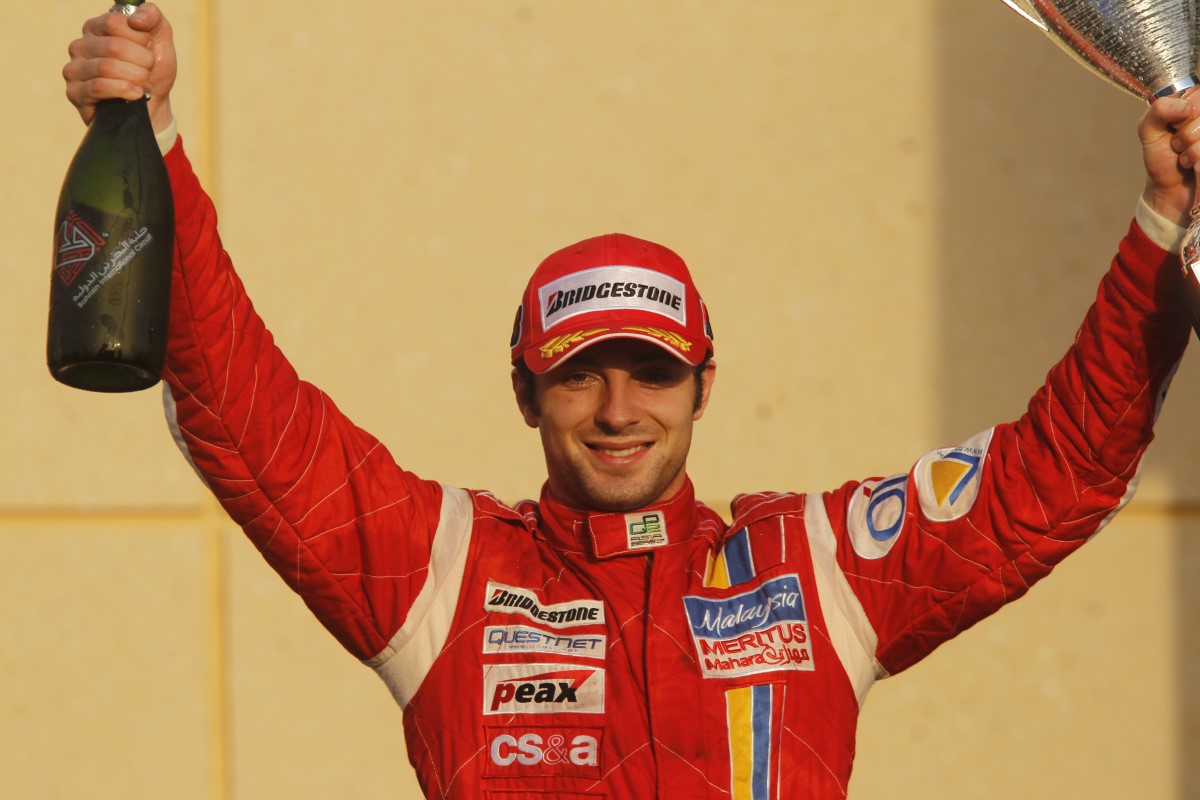 Starting from pole position, Luca Filippi made a strong get-away and kept the lead while front-row sitter Charles Pic took off a bit too slowly, allowing Valsecchi to dive into Turn 1 and precede him. The race leader kept his countryman at bay, a couple of seconds between them. The two racers pitted on the same lap and Filippi got back on track ahead of Valsecchi who then failed to close the gap between them, leaving the Meritus driver to enjoy his first win of the season.

Pic on the other hand tried to recover from his poor start with an earlier pitstop and passed the exit of the pitlane right after Valsecchi came back out from his tire stop. The two men ran alongside in Turn 1, but the iSport man fended off Pic’s attacks well and kept the advantage.

Filippi comfortably leading Valsecchi and Pic, a late safety car caused by a collision between Christian Vietoris then running in eighth place and backmarker Plamen Kralev did not even disrupt the trio’s order. Behind them, Alvaro Parente held his own in fourth while Javier Villa, Jules Bianchi and Giacomo Ricci fought for fifth place. The first two banged wheels at the restart and Ricci swooped passed them. While Bianchi dropped to tenth making further contact with Alexander Rossi, his teammate Sam Bird moved up to sixth, passing Villa in the process.

Though Vietoris had to retire, DAMS will take comfort in the fact that Edoardo Piscopo took eighth today and hence will start from tomorrow’s pole position. But all eyes will be turned towards Filippi and Ricci who will be fighting for second and third place of the Series. Tonight, after a perfect weekend made of a pole position, a win and a fastest lap, Filippi passed his countryman in the drivers’ standings 29 points on 23. If everything goes well for them, and with Valsecchi already crowned, the third edition of the GP2 Asia Series is looking at an all-Italian Top Three.