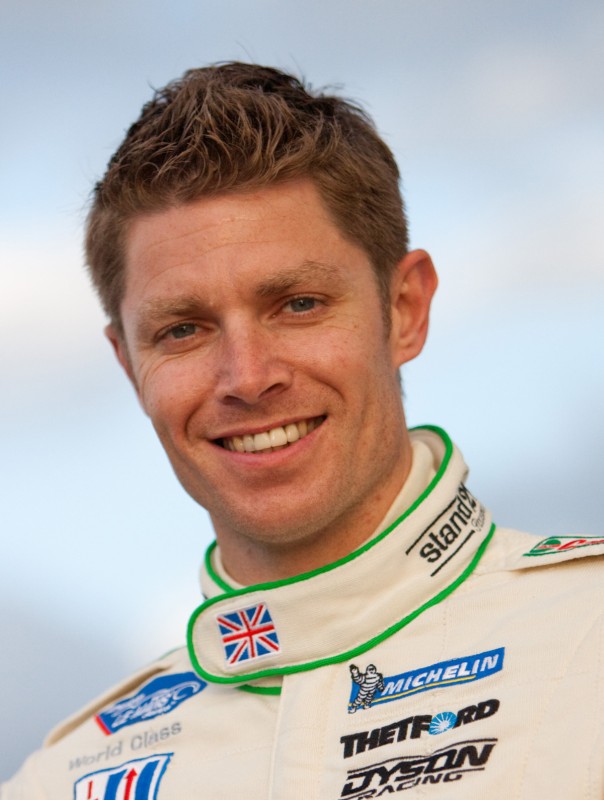 REBELLION Racing now has a hugely talented and highly experienced trio aboard the #13 Lola-Rebellion LMP1 car. With their new recruit the Swiss team is, once again, demonstrating its ambition for success at Le Mans. Guy will also join Andrea Belicchi and Jean-Christophe Boullion during the 8 Hours of Paul Ricard, the opening round of the 2010 Le Mans Series from 9 to 11 April, in order to maximize the #13 squad’s competitiveness in this long distance race and to be better prepared for the 24 Hours of Le Mans.

Guy Smith will first drive the Lola-Rebellion during Le Mans Series test days at Paul Ricard High Tech Test Track on 7 and 8 March. Prior to this event, Guy will have a seat fitting at the REBELLION Racing workshop where he will also meet the technical team.

Guy SMITH : "I think that Rebellion Racing is one of the most exciting and ambitious teams in sports car racing today. The team has evolved over the last few years and has firmly established itself as one of the top teams in Le Mans type racing."

"I am familiar with the Lola coupe chassis as it is similar to the one I race in the American Le Mans Series and it really is first class and combined with the new Rebellion engine I am sure we will have a fast and reliable package that will allow us to fight at the front at Le Mans as well as the Le Mans series."

Team Manager Bart Hayden welcomed Guy to the team by saying : "Guy has a wealth of sports car experience and as a previous winner of the 24 Hours of Le Mans with Bentley in 2003 he knows what is required to succeed in the world's greatest race. His experience with the Lola coupe in America should ease his integration into our team. Guy will have his first outing in the car at the official Le Mans Series test at Paul Ricard HTTT and then he will partner with Andrea and Jean-Christophe for the first round of the LMS. He'll be back with us at Le Mans where we will all be hoping for a repeat of the success he experienced in 2003."

Guy started racing karts in 1987, winning the British Championship, and in 1991 he finished second in the Senior World Championship. In 1992, Guy moved into auto racing, winning the British Formula Renault Championship in 1995 and tested a Williams Formula 1 car the same year. After two seasons in Formula 3 GB, he moved in 1998 to America to contest the Indy Lights series finishing 3rd in the Championship and received the 'Rookie of the Year' Award.

Since then Guy has raced primarily in the American Le Mans Series and Grand-Am series posting several podium finishes at Daytona 24,and Sebring 12 Hours. Guy won the 2003 24 Hours of Le Mans with co-drivers Tom Kristensen and Rinaldo Capello driving a Bentley Speed 8.

Since 2009, Guy Smith races for Dyson Racing in the American Le Mans Series, driving a Lola B09/86.