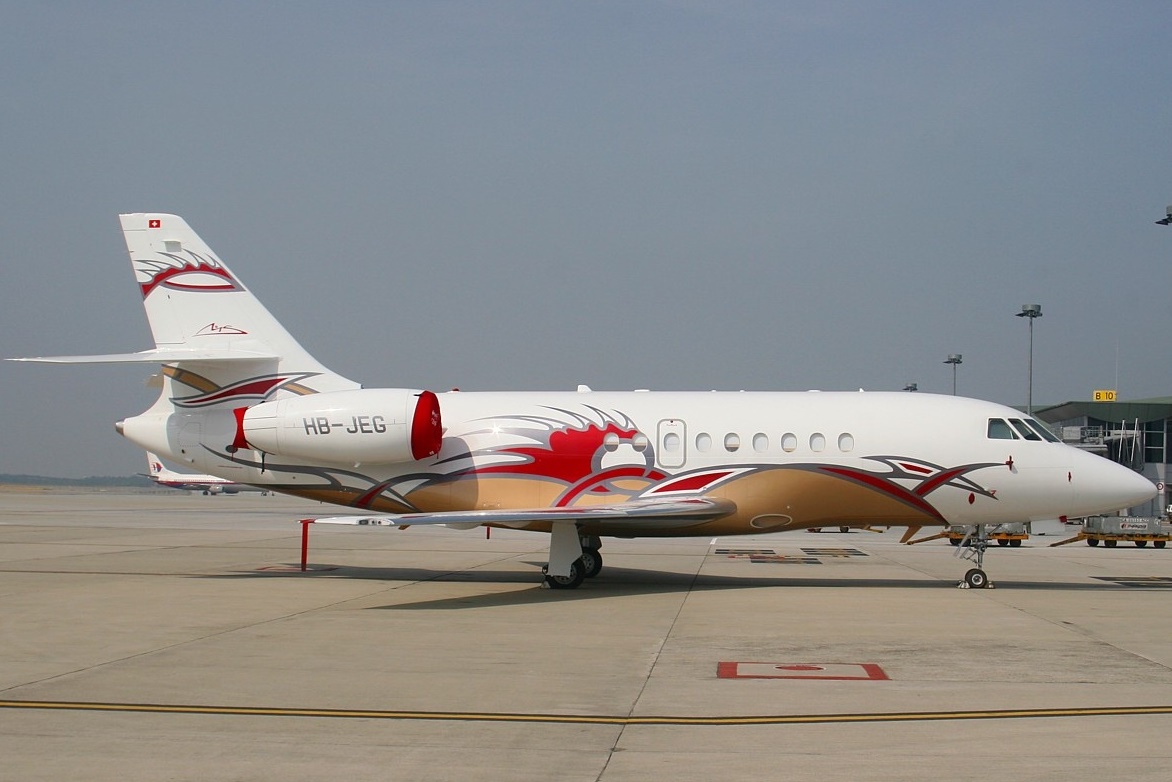 Here are some photos that depict Michael Schumacher's lifestyle. One is of Schumacher's jet. We love the paint design. It looks like an abstract of a racing car, with the engines as the rear wing, a drivers helmet just in front of that…etc.

Look at the interior photos. It's not the biggest jet (like a Gulfstream or the gorgeous Dassault Falcon 7X) but its nicely appointed and has a 4,000 mile range at Mach 0.8

Then there is his house in Dubai. The land was gifted to him by Dubai's Crown Prince. It is on one of the islands in the man-made archipelago called The World, where he has a lot of famous neighbors including Briatore, Rod Stewart, and reportedly Tiger Woods.

This in addition to his two homes on Lake Geneva.

We guess all this style and luxury was too boring for him and he had to get back in a racing car.

We wonder if Jimmie Johnson or Dale Jr. has this kind of style. Well, they would need to have Michael's money first, and they don’t even come close. In addition to this, consider that Michael has given a way a significant part of his fortune to charity, most notably a big donation to the relief effort for the Indonesian Tsunami disaster. So in just about every respect, Michael is in a class of his own.