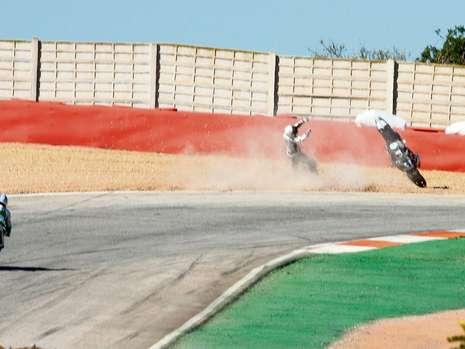 While most personality's in the paddock have welcome Michael Schumacher's return to Formula 1 with Mercedes Grand Prix there is probably just one person's opinion that could stop Schumacher's comeback. Fortunately though his wife Corina supports Schumacher's decision. "It's true that Michael's decision to compete in Formula One races again is very unexpectedly turning our family life upside down," Corina Schumacher said at the German's official website. "When he told me that Ross (Brawn) had called, however, I immediately felt that he was on fire again. As a matter of fact, Michael's passion for racing is enormous and without this deep passion all that would not have been possible. This passion made Michael who he is today.

"I got to know him as a racing driver and, even then, I always had every confidence in him. He knows exactly what he's doing and he knows as well that I'm always supporting him. Michael simply needs challenges – that's just the way he is. I can really understand his decision and, to be honest, I actually think it's great!"

The alternative was him racing motorcycles. And, as the photos below of him crashing prove, that is more dangerous.