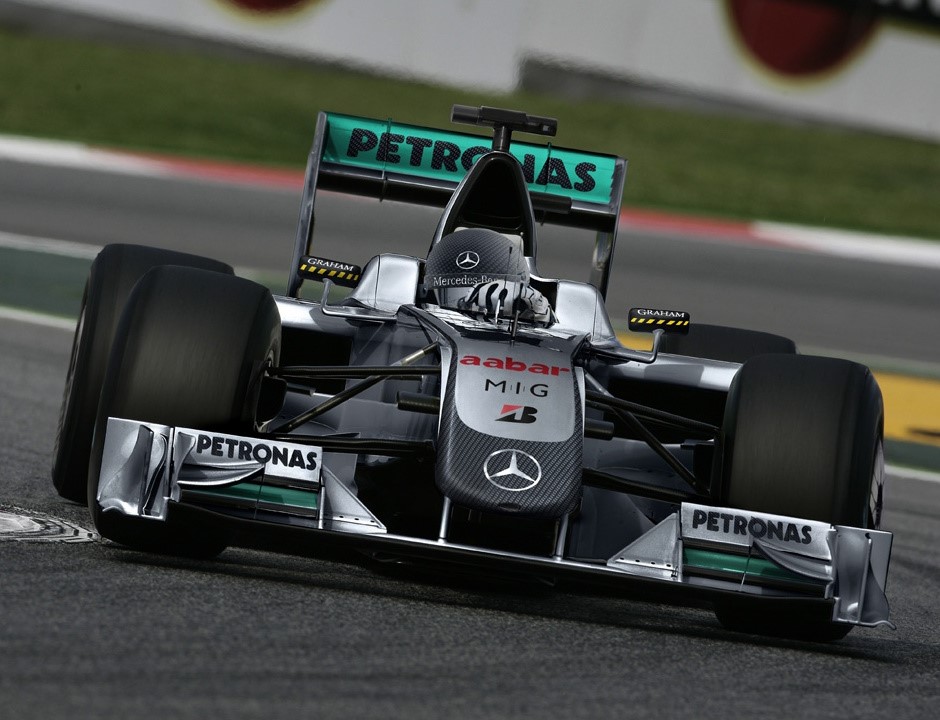 (GMM) Contrary to recent reports, Petronas has decided to remain a formula one team sponsor in 2010 and beyond.

After many years of backing Hinwil based Sauber, it was announced on Monday that the Malaysian oil company is to become Mercedes' title sponsor.

The new livery and 2010 Mercedes single seater will make its track debut at Valencia on 1 February.

"Daimler, our premium brand Mercedes-Benz and Petronas will work together both on and off the track and I am sure that everybody involved will guarantee their absolute dedication to success," said Norbert Haug.

Stuttgart/Kuala Lumpur – Mercedes GP is delighted to announce the signing of a long-term agreement with PETRONAS which will see the Malaysian national oil and gas company become the title partner to the new Silver Arrows works team.

From 2010, the new team will compete in the FIA Formula One World Championship as the Mercedes GP PETRONAS Formula One Team and will carry the distinctive PETRONAS branding across the car and team liveries.

Leveraging Mercedes-Benz's rich motorsport heritage and the long-standing involvement of PETRONAS in Formula One, the new title partnership also paves the way for future collaborations between the two companies. For PETRONAS, the partnership will enable the oil and gas giant to generate sustainable business growth, particularly in their downstream lubricants market, through the strategic partnership and business alliance with Mercedes-Benz, one of the most prestigious global automotive brands.

The Mercedes GP PETRONAS Formula One Team's challenger for 2010 will make its track debut in its new livery at Valencia on 1 February 2010 for the first of the pre-season tests ahead of the 2010 Formula One season.

PETRONAS will continue to be the title sponsor of the PETRONAS Malaysian Grand Prix, scheduled to be the third race of the new season, which will take place at the Sepang International Circuit on 4 April 2010.

Norbert Haug, Vice-President of Mercedes-Benz Motorsports, said: "We are very pleased to begin our long-term partnership with our new title partner PETRONAS. Daimler, our premium brand Mercedes-Benz and PETRONAS will work together both on and off the track and I am sure that everybody involved will guarantee their absolute dedication to success. PETRONAS' home base in Kuala Lumpur is located in the middle of a fast-growing region for the automotive industry which makes this new partnership even more valuable. Within the limits of the new Formula One resource restrictions, the Mercedes GP PETRONAS Formula One Team will be well positioned to achieve our goals. We will all strive to present efficient success in the future knowing at the same time that the new Formula One season with some fundamental rule changes will be a particularly challenging one."

Ross Brawn, Team Principal of the Mercedes GP PETRONAS Formula One Team commented: "Everyone at Mercedes GP is delighted to confirm our long-term agreement with PETRONAS and we look forward to working closely with our new partner in the future. The collaboration of the premium automotive brand Mercedes-Benz and a company as prestigious as PETRONAS gives our team a fantastic base from which to achieve our ambitions of competing at the top level of Formula One and building on the success of 2009 which saw the team achieve the Constructors' and Drivers' Championships. Our plans for the new season are progressing well, as is the development of our 2010 challenger, and we look forward to seeing the car run in the new Silver Arrows and PETRONAS livery at the Valencia test in February."