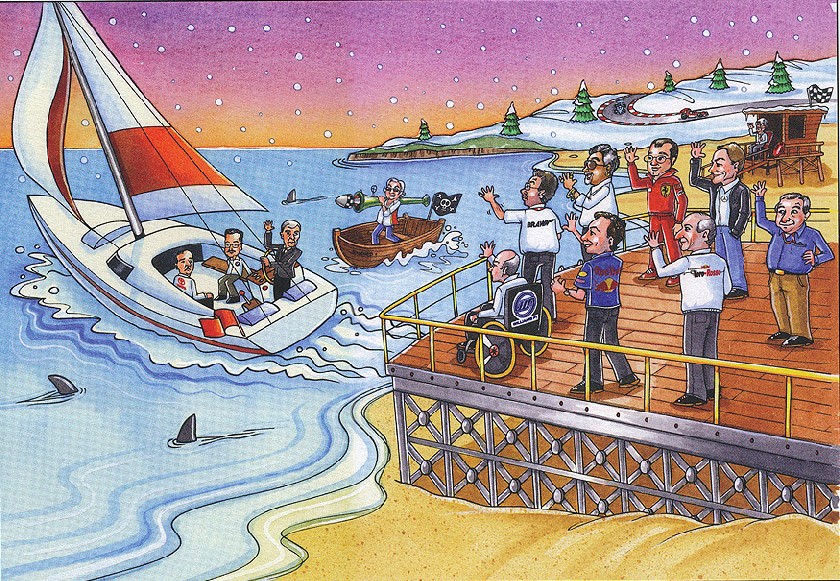 (GMM) Bernie Ecclestone's mischievous sense of humor has returned yet again in the latest edition of his personalized annual Christmas card.

Last year, at the end of the Max Mosley sex scandal, the cartoon showed the former FIA president whipping team principals, while a pitwall monitor depicted a woman in fishnet stockings and high heels.

The 2009 edition depicts Mosley, BMW's Mario Theissen and Toyota's John Howett setting sail in a yacht, while the other team bosses happily wave farewell from the harbor.

In an approaching dinghy bearing a pirate's flag, however, the banned Flavio Briatore is seen pointing a rocket-launcher at the yacht, while several sharks circle.

In the distance is 79-year-old Ecclestone, sitting in a lifeguard's station with a Baywatch-style floatation device at the ready.