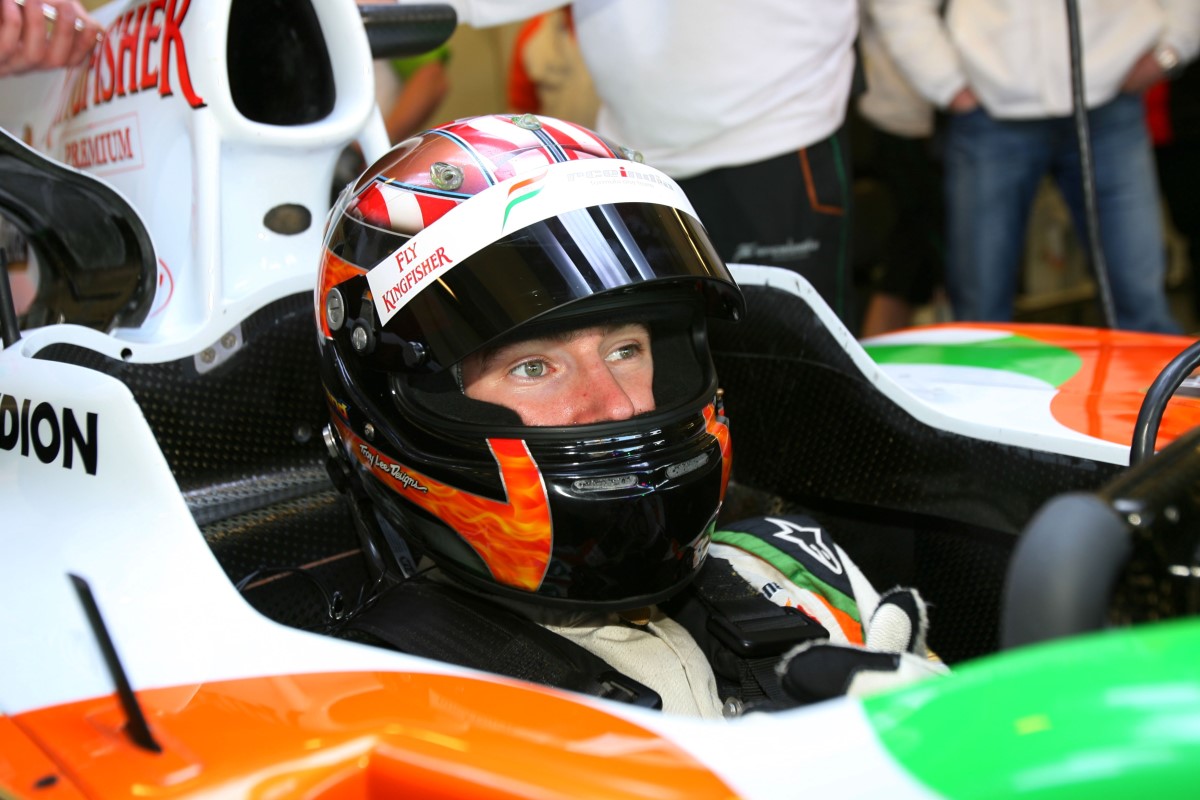 J.R. Hildebrand today concluded his three-day program with the Force India Formula One Team at the Circuit de Jerez in southern Spain. The 21-year-old from Sausalito, Calif., recorded a best lap of 1:19.873 to rank a solid 10th among the 16 F1 rookies who participated in today’s sessions.

Once again, Hildebrand shared the team’s lone Force India-Mercedes VJM02 with Scotland’s Paul di Resta. Hildebrand was entrusted with the morning session, during which he recorded 41 laps and encountered a few technical glitches, while di Resta took over for the final afternoon. Di Resta posted the day’s second-fastest time, 1:18.736, during his 53-lap stint which included a brief excursion into the gravel and another stoppage due to an electronic malfunction.

"Today was a little frustrating because we again lost our quickest outings when the engine saving mode switched on," related Hildebrand, "and then when we tried to re-run the new tire outing the red flag came out when I was six-tenths up on my fastest lap. That would have put us squarely in the thick of the front-runners. Knowing I had the time in me and couldn’t get it is in part frustrating, but I can only be so frustrated as I know how much quicker we really were."

The fastest time overall was set by Red Bull Racing’s Daniel Ricciardo. The young Australian, who won this year’s British Formula 3 Championship, completed 77 laps during his third full day behind the wheel of the world championship-contending Red Bull-Renault RB5, recording a best lap of 1:17.418.

"Based on how it had gone for me in the morning, the team made some setup changes to try to address the corner entry problems that I was having, since Paul had been troubled by the same issues," said Hildebrand. "He went out and did his longer runs first with the shorter runs toward the end, and was able to make good use of the tires and changes, posting the second quickest lap of the day. Looking at the data, I wasn’t quite on target to run the same time that he did, but I’m also quite certain that I could have taken full advantage of the changes to the car because he felt they definitely helped. Either way, I felt really good about how well I had been able to get on in some less-than-optimal conditions, and had an incredible time working with the team and driving the car.

"Looking at it from a bit of a different perspective now that it’s over, it’s pretty incredible to have gotten the opportunity to drive a modern Formula One car. I felt like I made the most of my time both in and out of the car over the last week, and am very satisfied with how things turned out. It’s always disappointing to have things end up not reflecting how well they actually went, but when it comes down to it, I now know that I’ve got the tools to do the job – along with a wealth of information to continue to develop with.

"It was an amazing experience to work with the Force India F1 Team, I really can’t thank them enough for giving me the chance to drive the car and also for working together so well with me during the test."