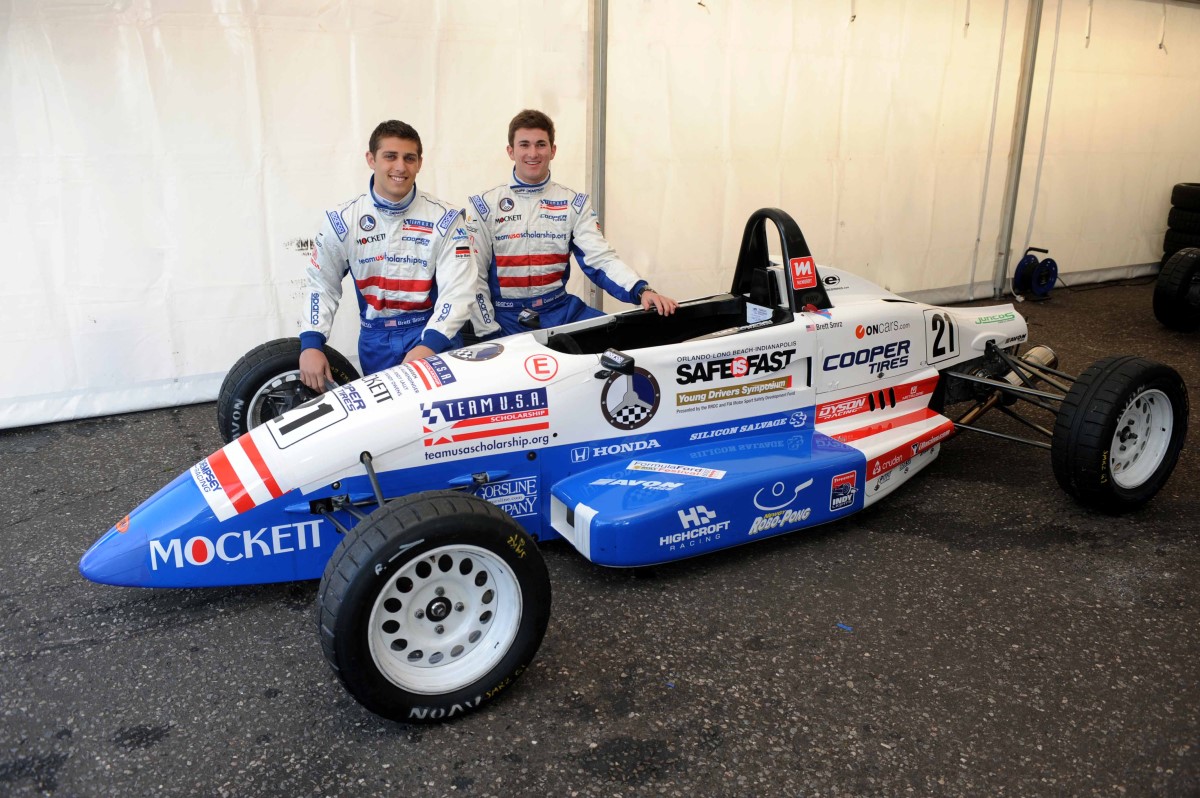 Smrz, 18, from Coeur d’Alene, Idaho, finished a sensational fourth after starting 27th on the 28-car grid, while De Phillippi, 16, from San Clemente, Calif., rose from 15th to fifth before tangling with a rival.

The opening Semi Final this morning did not go to plan. De Phillippi got the better start and was challenging the leader, Rory Butcher, before encountering a gear-shift problem entering the notorious Paddock Hill Bend with five laps remaining. De Phillippi carried too much speed into the corner, ran wide into the gravel at the exit and could only manage an eighth-place finish. He would have to start 15th in the Final but had already established his credentials by posting the fastest race lap.

Smrz fared even worse. He made a poor start, by his own admission, then spun at Turn Two, the Druid's hairpin. He recovered in ninth before tangling with a rival and ultimately retiring from the race.

Smrz had one last opportunity to qualify for the Final, but it was a long shot from 17th on the grid for the “Last Chance" race and with only five laps to move up among the top-four qualifying positions. Smrz takes up the story: “I got a great start and a good first lap, and was in seventh by the end of lap one. I kept working my way forward, eventually getting into fourth place. I held that spot until the last corner, where I did an over-under maneuver and finished up in third."

Incredibly, Smrz finished only 0.207 seconds behind the winner and set the fastest lap for good measure!

The two Americans were in an optimistic mood for the all-important finale, and both immediately began to work their way forward.

De Phillippi was challenging for fifth place when he tangled with Noel Robinson at Surtees.

“I had a great run coming out of Graham Hill Bend and was on his gearbox as were entered the esses," related De Phillippi. “I made my move to the inside, he blocked me so I popped back to the outside. He got sideways and spun. I tried to go around him but he did not lock up his brakes and he rolled right into me which caused me to go off into the gravel."

De Phillippi resumed in 12th with six laps remaining and worked his way up to 10th by the finish.

“It was very unfortunate but it was the best I could have done in the situation I was put in," he said. “It was still a great race, even though it did not turn out as planned. “

Smrz, meanwhile, was continuing his charge. After narrowly avoiding the spinning De Phillippi and profiting shortly afterward from a full-course caution, which erased his 10-second deficit to the leaders, Smrz moved into fourth place with two laps remaining and finished hot on the heels of the top three: Butcher, Scott Malvern and Neville Smyth.

“It was one of the best drives of my career," said Smrz, “and it was the right race to do it at. I can’t thank the Cliff Dempsey Racing team enough. They kept my head in the right spot the entire weekend and kept my car running quick as well. Dave Hart is the best mechanic I could ask for. He is always smiling and giving me great signals while I am driving. Thanks go out to Jeremy Shaw, the Team USA Scholarship, and all of its sponsors and supporters. I wouldn’t have been able to have the opportunity to race this weekend without their support."