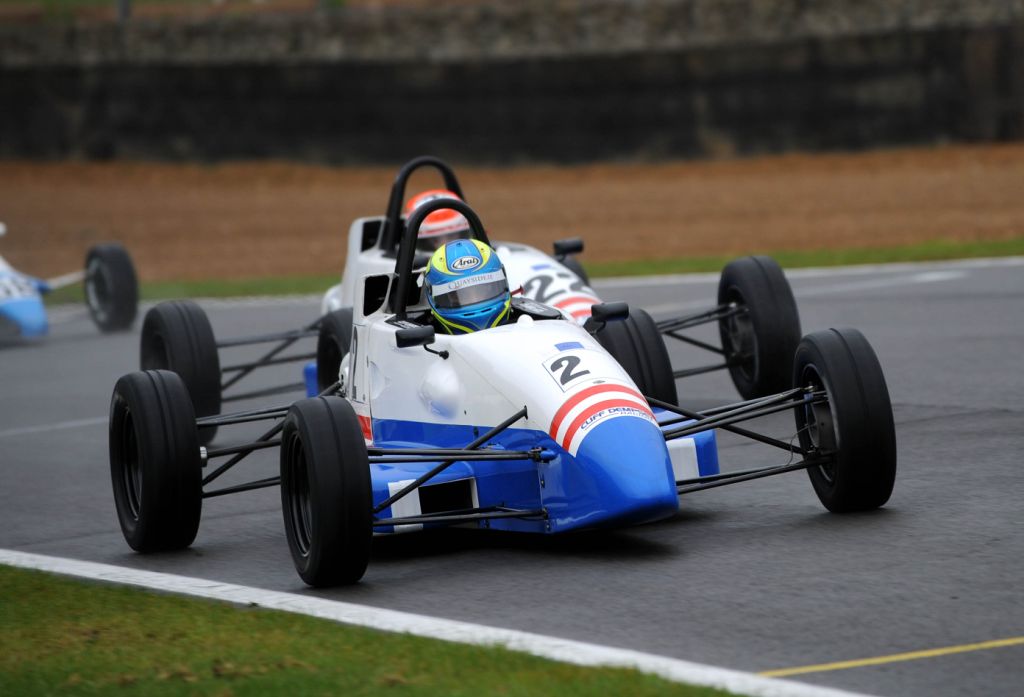 After three days of testing on the short but demanding Brands Hatch Indy circuit, Team USA Scholarship drivers Connor De Phillippi and Brett Smrz are ready to see how they shape up against some tough European competition during this weekend’s 38th annual running of the Formula Ford (Kent) Festival.

The two talented American teenagers will drive a pair of identical, patriotically liveried Ray GRS08 cars prepared by Ireland’s Cliff Dempsey Racing. Both youngsters are aiming to replicate the feat of Josef Newgarden, who last year became the first American ever to win a Formula Ford Festival final.

"We’re in the ballgame, let’s put it that way," said team owner Cliff Dempsey, coyly, after testing was concluded this afternoon. "These two guys, they’re just great – a pleasure to deal with. I couldn’t be happier."

While Dempsey was reluctant to talk about lap times, De Phillippi, 16, from San Clemente, Calif., and Smrz, 18, from Coeur d’Alene, Idaho, were a little more forthcoming after turning laps in a variety of weather conditions.

"I am running times fast enough to win the main event," declared Smrz. "It rained for the first session today, and Connor and I ended up being the two quickest drivers. We were both dead even on the lap times, and we had six-tenths of a second over the third-place driver."

"Today was excellent," added De Phillippi. "It really couldn’t have gone much better. We improved the car’s handling and it’s now extremely consistent. We had a chance to drive in the wet today, which was great. Brett and I pretty much smoked everyone in the rain, which was a bit surprising, because we know the Europeans have a lot of experience in the wet, but our cars felt really good."

Both young men are confident of being able to show well over the weekend. The pair have been separated by the draw in the two 15-lap heat races which will be held tomorrow afternoon, following a 20-minute morning qualifying session. The finishing positions from tomorrow’s races will determine the starting positions for a pair of 18-lap Semi Final races on Sunday morning, from which the top 14 finishers in each will progress through to the 25-lap Final on Sunday afternoon.

* Josef Newgarden also will be contesting the Formula Ford Festival – in the Duratec class – and is hoping to become the first driver ever to win both the Kent and Duratec categories. Newgarden finished second in the 2009 MSA Formula Ford Championship of Great Britain with nine race wins to his name.