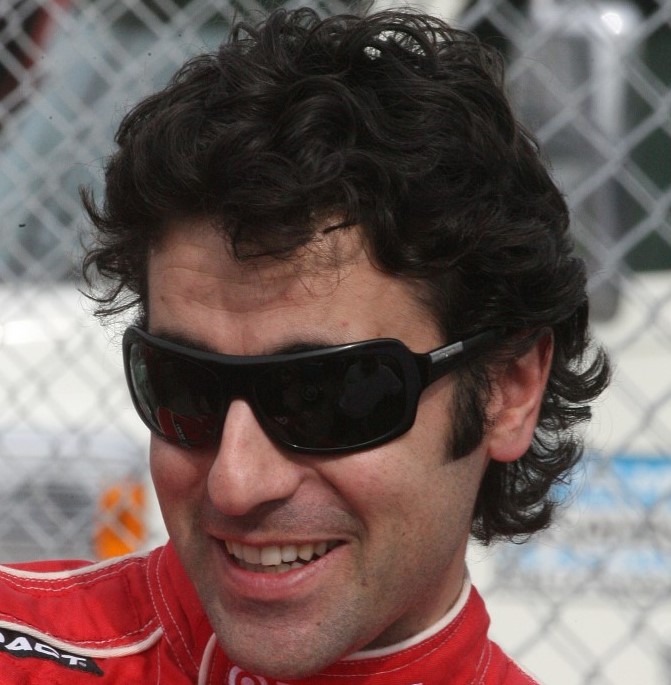 It was drifting toward 10 p.m. and Dario Franchitti – after a long day in which he subjected the No. 10 Target Chip Ganassi Racing car and himself to the 11 tight turns of the Long Beach street circuit multiple times in practice and three rounds of qualifications – was walking the 1.968-mile layout.

"I take notes. Not about the setup of the car but things I have to do," he said. "Where the bumps are. What techniques to use on certain corners."

Attention to detail has been Franchitti's calling card since well before he earned the McLaren/Autosport Young Driver of the Year award in 1992. In part, such studiousness has led Franchitti to the brink of a second IndyCar Series championship after a year's absence to compete in stock cars.

Franchitti trails teammate Scott Dixon by five points entering the season finale — the Firestone Indy 300 on Oct. 10 at Homestead-Miami Speedway. Team Penske's Ryan Briscoe is the third man in on this title fight, sitting eight points back. Franchitti's goal is simple: finish ahead of Dixon – as he did by a whisker in the 2007 finale to win the title – and Briscoe to earn a $1 million bonus among other prizes.

It's already been a successful and memory-laden return to the series' diverse set of ovals and road/street courses at age 36 — four victories, four pole starts, 12 top-five finishes, 470 laps led and the opportunity to become the third multi-time champion in series history.

"The end of '07, the reason I went away is because I was looking for some motivation," said Franchitti, who also recorded four victories and 13 top-five finishes in 17 races that year. "With going away, I realized how I much I missed actually what I love to do – driving in the IndyCar Series. So when I got the chance to come back with the Target team it was really a no-brainer.

"From the first lap I've really enjoyed driving the car, and ultimately for me that's what it's all about — when you get in the car and how much I enjoy that or not. I thought at one point I would have retired maybe by the time I was 35. But I still love it. The fact I can still be competitive, I'm still out there winning races and challenging for championships, it's just fun.

"Then there are the other things like being back in the paddock being with the people I grew up with – not only driver but team members – being back with the fans and going to the places we get to go to with the unified series. It all just adds up."

Just like his major North American open-wheel racing experience that will reach 200 events at St. Petersburg (Fla.) in March 2010. A decade ago, Franchitti was involved in a down-to-the-wire race for the CART title, which he lost to Juan Montoya based on a tiebreaker (seven wins to three). In '07, he swapped the spot atop the standings with Dixon – ahead by three points — entering the finale at Chicagoland Speedway. After running second for the final 6Â½ laps, he overtook Dixon's car to claim the victory and championship.

"It definitely helps you to know what to expect and deal with it better," he said. "You improve as a driver and you improve your race craft and you maybe become a bit smarter.

"I think the difference is in '04 I was able to back (then-Andretti Green Racing teammate and eventual series champion) Tony (Kanaan) up to the point of sacrificing race results. In '05, we all did the same for Dan (Wheldon). In '07, Danica (Patrick), Marco (Andretti) and especially TK did that for me. The problem right now is that Scott and I are in a championship fight, so although we want to help each other out we can't sacrifice our own race results for it. We're both in our own fight."

Franchitti projects the battle to play out to the conclusion of the 200 laps on the 1.5-mile Homestead-Miami Speedway oval, where he has three top-10 finishes (high of fourth in 2006) in five races.

"It's going to be a very close race," he said. "It's not a typical one-and-a-half mile because the corners are so tight. It's a one and a half that drives more like an Iowa. It's going to be a hell of a show at Homestead."