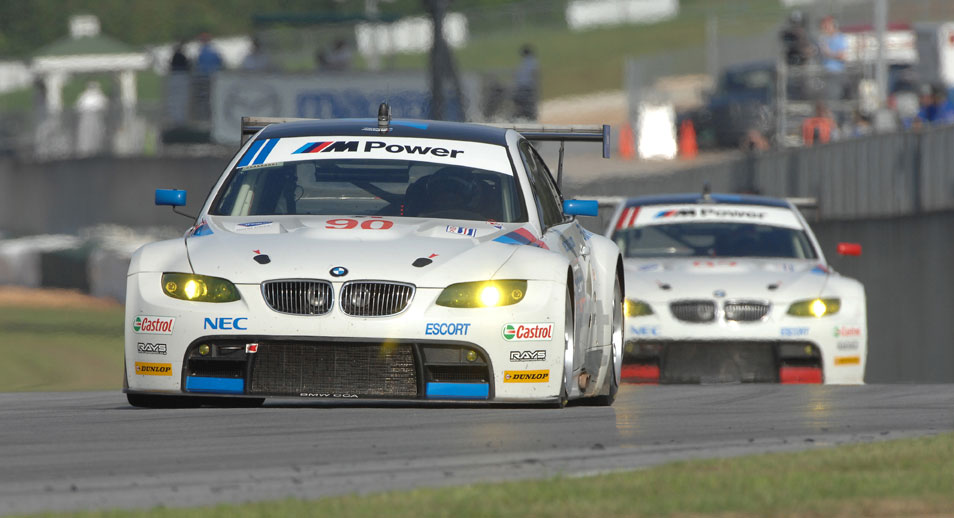 BMW North America and Rahal Letterman Racing announced that it will return to the American Le Mans Series in 2010 with two BMW M3s, a partnership that already has a victory in the highly competitive GT2 class to its credit this season. The announcement came at Road Atlanta, site of this weekend’s 12th annual Petit Le Mans powered by MAZDA6.

BMW Rahal Letterman Racing Team debuted this season at the 57th Mobil 1 Twelve Hours of Sebring presented by Fresh from Florida. The results so far in GT2: one victory at Road America, two pole positions and two fastest race laps. Those highlights plus similar target groups with the Series made a return for next year an easy decision.

“Events that we go to like Long Beach, Sebring and this weekend are good for us, the Series and our sponsors," said team principal Bobby Rahal. “Many companies have turned away from motorsport in these times, but BMW remains focused."

Fans can expect BMW and Rahal Letterman to again battle other entries representing high-end manufacturers such as Ferrari, Porsche, Chevrolet, Panoz, Jaguar and many others.

“The grid is extremely compelling and competitive," said Martin Birkmann, BMW of North America Motorsport Manager. “This has been a year of tremendous developments in GT2. We are all enjoying the tremendous level of competition."

One of the M3s is set to compete in the Asian Le Mans Series round in Japan on October 31 and November 1. Dirk MÃ¼ller and Tommy Milner will share duties.