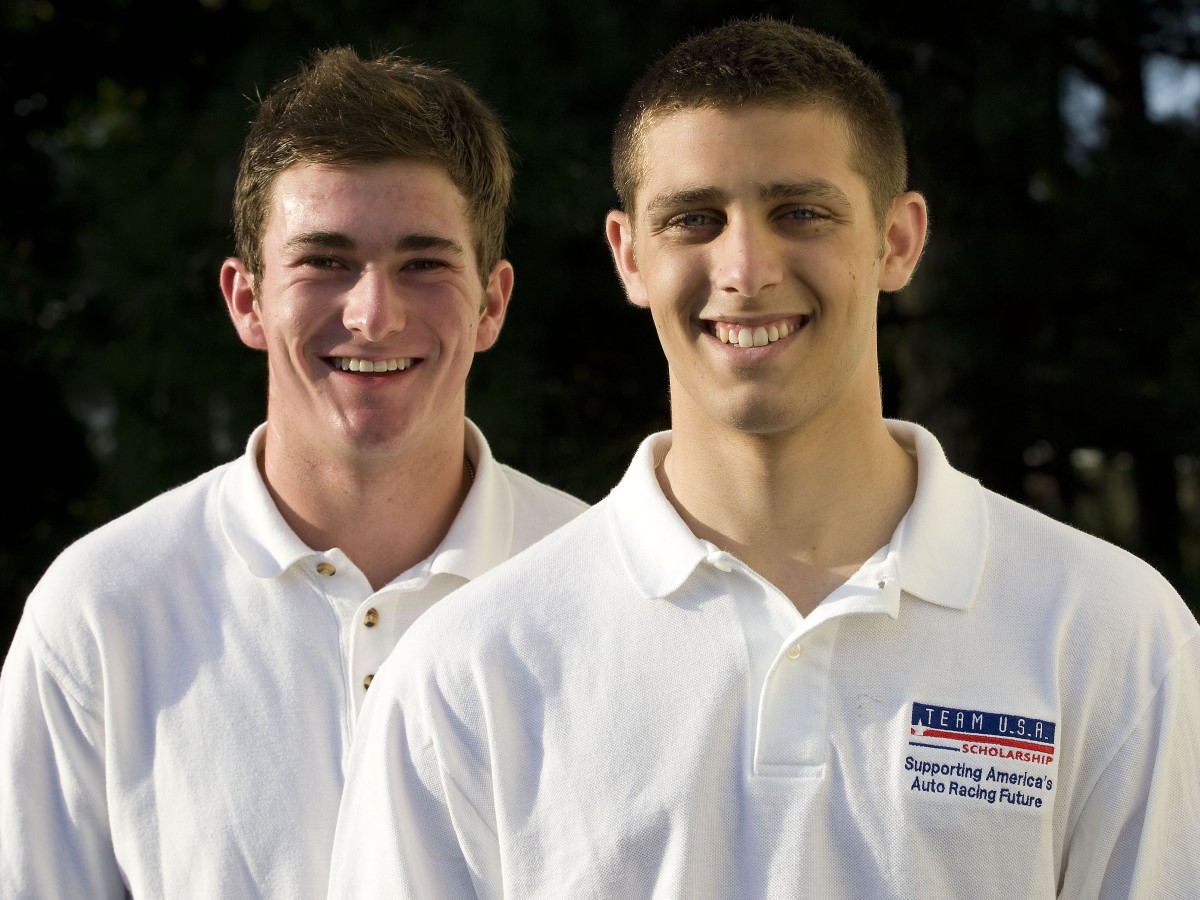 Connor De Phillippi, from San Clemente, Calif., and Brett Smrz, from Coeur d’Alene, Idaho, have been named today as the latest recipients of prestigious Team USA Scholarships. The two teenagers will follow in the footsteps of an array of accomplished American drivers who have earned these awards since Jimmy Vasser became the first Team USA Scholarship winner in 1990.

De Phillippi (pronounced “DEE Phi-LEE-pi) and Smrz (“Smerz") will have an opportunity to fly their nation’s colors in two world-renowned events in England later this month – the Formula Ford Festival at Brands Hatch and the Walter Hayes Trophy at Silverstone. (Team USA Scholarship drivers swept both events in 2008, with Josef Newgarden becoming the first American ever to win the Formula Ford Festival and Conor Daly becoming the youngest ever winner of the Walter Hayes Trophy.)

“I am thrilled to be representing the United States and the Team USA Scholarship," said 16-year-old De Phillippi, who has taken a commanding lead in this year’s BFGoodrich/Skip Barber National Presented by Mazda, winning seven of 10 races held thus far. “It is my first big shot to prove myself on the European circuit. I look forward to meeting many new people in the racing community and hopefully posting some excellent results."

“Winning the Team USA Scholarship feels amazing," added Smrz, 18, who secured one Skip Barber victory in addition to posting some impressive results in the Playboy Mazda MX-5 Cup. Smrz also leads the Jim Russell Championship Series. “Words can’t even describe how excited I am about this opportunity to race for America in a different atmosphere. I expect to learn a lot from the experience, both on and off the track, which will help lead to my success as a professional racing driver. Hopefully Connor and I can share a couple of wins like Josef and Conor did last year! I want to thank the entire Team USA Scholarship crew for this opportunity."

After considering the candidates’ racing resumes and other off-track skills, a smaller group was invited to demonstrate their prowess on Cruden America’s high-tech, full-motion, F1-style simulator located in Laguna Niguel, Calif.

“It’s always difficult to tell youngsters they haven’t won a scholarship, but I hope they were able to gain satisfaction from being nominated," said Team USA Scholarship founder Jeremy Shaw. “Given the caliber of drivers who have won scholarships in the past, I think that is a worthy achievement in itself. I’m sure each of them has a bright future."