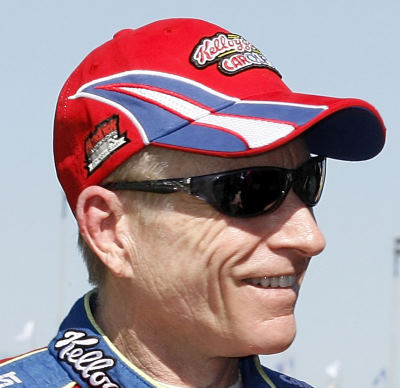 Mark Martin has signed a contract extension to run a full schedule with Hendrick Motorsports through 2011.

Martin begins the Chase for the championship Sunday at New Hampshire International Raceway as the points leader in the Sprint Cup Series. He earned the top spot with four victories this year.

It's been a resurgent year for 50-year-old Martin, who originally was going to drive just one full season for Hendrick. But his performance has been among the best in NASCAR, and it's led him to agree to drive longer.

Hendrick said GoDaddy.com will be the primary sponsor of Martin's No. 5 car starting next season. The deal is for 20 races a season.