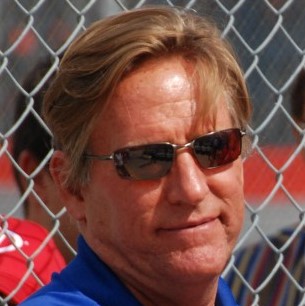 “I look forward to participating in the inaugural North American Motor Sport Business Forum in Orlando and sharing the IndyCar Series story with panelists and attendees," said Angstadt. “The Motor Sports Business Forum has had much success outside of the United States and bringing it to Orlando to feature all of the leaders of North American motorsports under one roof will make it a can’t-miss event."

Angstadt is one of a number of key players in North American open-wheel racing that will play a role at the MSBF-NA and the Performance Racing Industry show and its accompanying activities.

Kim Green, of Andretti-Green Racing, and fellow IRL promoter Jim Michaelian, the CEO and President of the Toyota Grand Prix of Long Beach, also will serve as panel members. In addition, former Indy car drivers Bryan Herta and Jan Heylen have confirmed their participation in what is sure to be a star-studded 4th Annual PRI CKI All-Star Karting Classic, to be held Thursday night, December 10.

Opening two days prior to the start of the PRI Trade Show at the Orange County Convention Center in Orlando, Fla., the Motor Sport Business Forum-North America (MSBF-NA) is preparing for its inaugural event at the new Hilton Orlando, Dec. 8-9, 2009.

The Motor Sport Business Forum North America will be organized and hosted by Switzerland’s IM2 Events, which has established a series of similar events in Monaco, Abu Dhabi and Malaysia. Just Marketing International (JMI), the leading global motorsports-exclusive marketing agency, will serve as the North American co-host and manage the marketing and communications.

“We have held Motor Sport Business Forums in Monaco for the last20five years and successfully launched the Middle East edition in 2008," IM2 CEO Simon Berger said. “I am very pleased that so many major players from the global motor sport arena have made early commitments to our inaugural North American event."

“To have the IRL and open-wheel racing taking a prominent place right alongside NASCAR in participating in the Motor Sports Business Forum and the following PRI Show, leaves little doubt that Orlando will be the place to be in motorsports this December," said Steve Lewis, producer of the PRI Show. “The MSBF will focus on the commercial side of the sport and will feature presentations from an A-list gathering of management representatives from leading teams, sponsors, championship promoters and industry executives, while the PRI Show features the latest technology and equipment. It will comprise a truly unique first in American motorsports."

Companies and racing individuals wishing to exhibit and/or attend the PRI Trade Show can go to www.performanceracing.com or call 949.499.5413. To register for any MSBF event go to: www.msbforum.com.

Reaching more than 40,000 show attendees from all 50 states, and 60 countries, the PRI Trade Show features 1,200 exhibitors in 3,500 booths, and is timed so that racing retailers, engine and car builders, wholesaler/distributors, professional race teams and other industry participants can shop the latest new product introductions and have them in inventory for the next racing season.

The Performance Racing Industry Trade Show has been recognized as the 45th largest U.S. trade show, according to Tradeshow Week magazine, in its annual analysis of the top 200 trade shows in America.