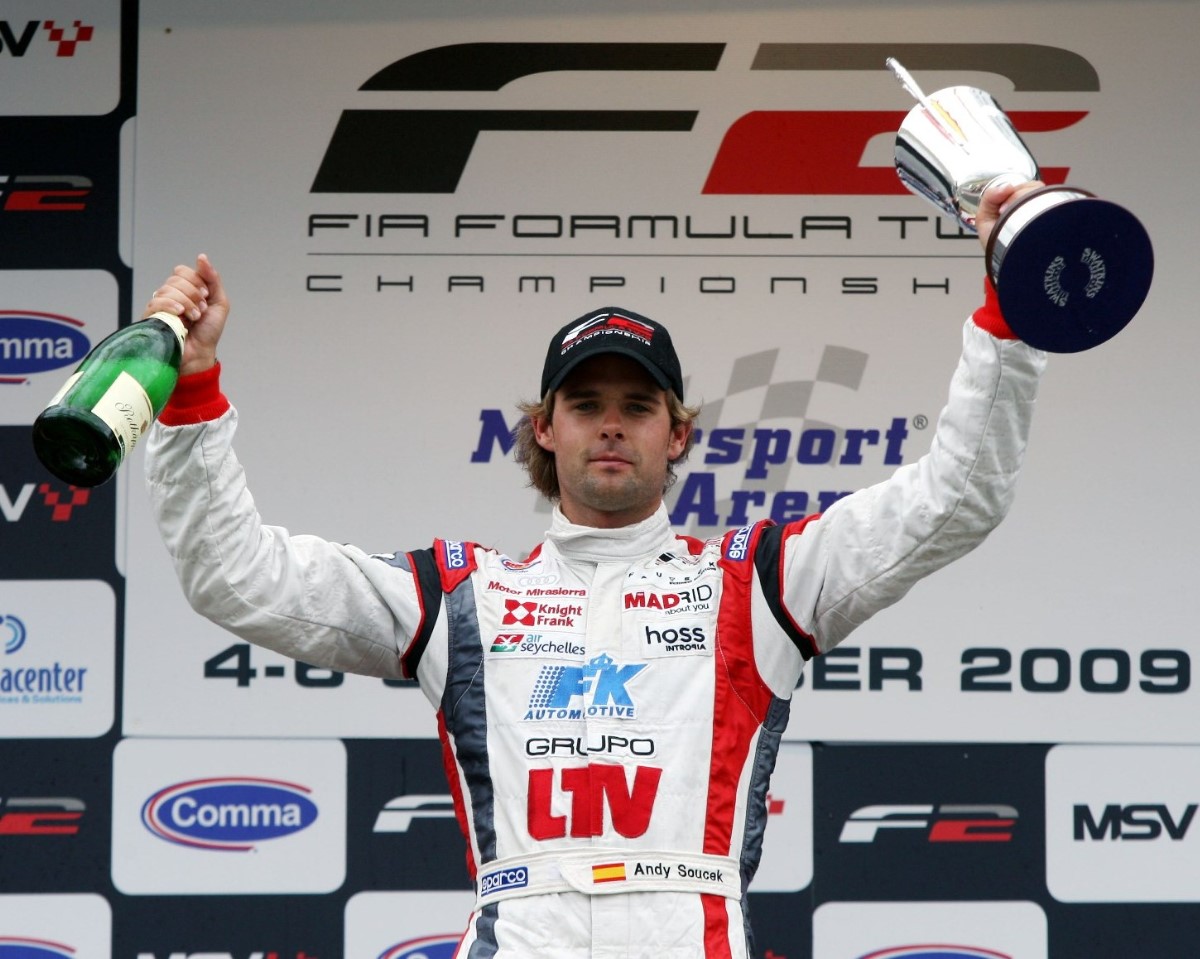 Andy Soucek scored a dominant victory in the opening race at Oschersleben today (Saturday), converting pole position into his fourth win of 2009.

The Spaniard made a clean getaway from the line to lead the pack into the first corner, but behind him several drivers were caught out as Tobias Hegewald made contact with Robert Wickens, tipping him into a spin.

Wickens had initially got the jump on Mirko Bortolotti, but the Italian responded by sneaking back through on the inside. Hegewald tried to follow suit, but he made his move too late and clipped the Canadian's Red Bull-backed car. A multi-car accident followed as several drivers tried to take avoiding action – the incident left Hegewald, Julien Jousse, Jens HÃ¶ing, MiloÅ¡ PavloviÄ‡ and Philipp Eng out of the race, whilst Robert Wickens, Jolyon Palmer and Jason Moore had to rejoin towards the rear of the field. Mikhail Aleshin was also lucky to continue after briefly becoming airborne.

The incident led to a safety car period, but Soucek maintained his lead from the restart and never looked back as he took victory by just over six seconds. Mirko Bortolotti, who had started alongside Soucek in second, also maintained position to score his fourth podium of the season.

Kazim Vasiliauskas picked his way the opening lap mayhem to take third from sixth on the grid, and the Lithuanian kept a consistent pace to take the final podium spot at the finish.

Carlos Iaconelli, Mikhail Aleshin and Nicola De Marco were covered by less than 1.5s in fourth, fifth and sixth respectively. All three had battled their way past Jack Clarke during the contest, whilst De Marco moved up several places. The young Italian's race included impressive moves on both Natacha Gachnang and Armaan Ebrahim.

Starting from 15th on the grid, Clarke took a fantastic seventh place after picking his way through the early melee. Wickens rounded out the points-paying positions with a storming recovery drive – the 20-year-old made aggressive moves past Natacha Gachnang and Armaan Ebrahim.

Ebrahim took ninth, ahead of a gutsy drive from debutant Ollie Hancock. The Briton saw off the attentions of both Gachnang and Edoardo Piscopo, before his race ended following a spin coming out of turn two on the penultimate lap. Fortunately the race was red flagged and Hancock was able to keep his tenth place finish as the results were counted back to the previous lap.

Andy Soucek said: "It always looks easy but it never is. I got a very good start, quite similar to the one I got at Donington. Through the race I was just focusing on not making any mistakes, but I was really pushing hard – I got the fastest lap by far, so I'm going to sleep well tonight. I think now I can try and go for the win again tomorrow!"

Mirko Bortolotti said: "I have to be happy with second. Of course I would like to be quicker and be able to fight for victory, but the positions are good at the moment. My target for the next race is to go like this, try to pick up points, and if possible go for the podium or even the win."

Kazim Vasiliauskas said: "I'm improving every weekend. The gap between myself and the leaders is getting smaller – I'm getting consistent and not making so many mistakes like in the beginning of the season, and I'm happy to be on the podium."