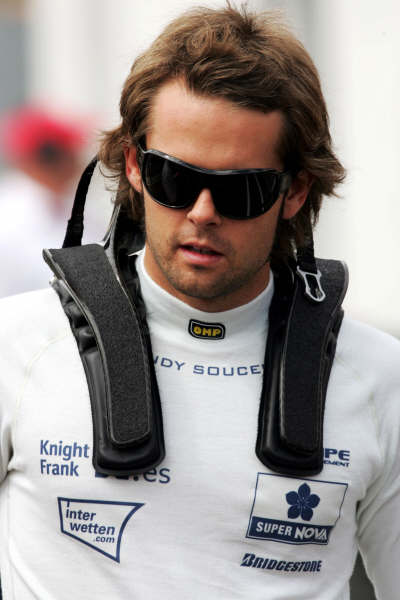 Andy Soucek recorded an emphatic pole position for race one at Oschersleben today (Friday), producing an inspired lap to finish more than three tenths of a second clear of the rest of the field.

Mikhail Aleshin set the early pace, but Soucek hit the top inside the opening ten minutes. Robert Wickens then began to trade blows with Soucek for pole, but the Spaniard had the final say – setting a scintillating 1:20.402s lap time.

With four minutes of the session remaining, Italian Mirko Bortolotti inched out Robert Wickens for second by just 0.005s. Wickens could not respond as he had already used his prime set of tires when an unfortunate red flag was thrown in the final ten minutes.

Julien Jousse improved late on to take fourth, ahead of MiloÅ¡ PavloviÄ‡. Kazim Vasiliauskas continues to produce impressive form during his debut season of single seater racing – the Lithuanian rounded out the top six.

Home favorite Tobias Hegewald had to settle for seventh, whilst Carlos Iaconelli set the eighth fastest time. Alex Brundle made a welcome return to the top ten, as he pipped a slightly disappointed Mikhail Aleshin, who dropped to tenth place following a late flurry of improvements.

Sebastian Hohenthal and Natacha Gachnang both set a time of 1:21.498s, but it was the Swede Hohenthal who was rewarded with 11th having completed his lap before the Swiss female racer.

The earlier noted red flag was caused when Jason Moore went off between turn 12 and turn 13 with eight minutes remaining – the Englishman made light contact with the barriers but his car was stranded close to the circuit. Several drivers were on flying laps at this point, but they all had to abandon their efforts.

GermÃ¡n SÃ¡nchez ended his session in the gravel at turn ten, whilst Pietro Gandolfi recovered from an off at turn 13.

Soucek said: "I had a very good second flying lap on the new tires, which could have been even faster but I hit a yellow and it spoilt the lap. It's not easy – the level of competition is increasing every race. I think I have found a very good set up and the car is behaving incredibly well and I have a lot of confidence, so I'm in good shape."

Bortolotti said: "I could have improved a bit but I don't think it would have been enough for pole, so I'm happy with second. It's my first year in international racing so I've had to gain a bit of experience. Sometimes I have made mistakes but that's racing you know. Now we are on the front row and I'm thinking about tomorrow."

Wickens said: "Second row is better than where I have started in the past. I'm pretty sure the race on this track could be decided on the first corner. Starting third is obviously more difficult than starting first, but we'll just have to see how the race goes and try to salvage some points."