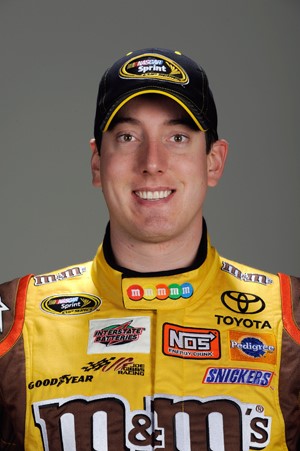 Kyle Busch leads the 2009 Nationwide Series standings, but he doesn’t expect to return to the series full time in 2010 – even if he doesn’t think running both series has impacted his Sprint Cup performance this year.

“Maybe it has taken a little bit away from the Cup effort," Busch said Aug 4. “I don’t think it has, but we’re already talking about next year and cutting it back and getting our Cup efforts back up to where they need to be.

“Hopefully, we can get it down to about 22 or 24 Nationwide Series races, just companion stuff, not flying all over the place."

Busch holds a 212-point lead in the Nationwide standings on Carl Edwards, who already has committed to run the full 2010 schedule, but has not matched last year’s success in the Sprint Cup Series. Busch had eight Cup wins at this point last year, but has just three this season and has struggled to stay in the top 12 in points, sitting 13th entering the Aug. 10 race at Watkins Glen. More at Scenedaily.com