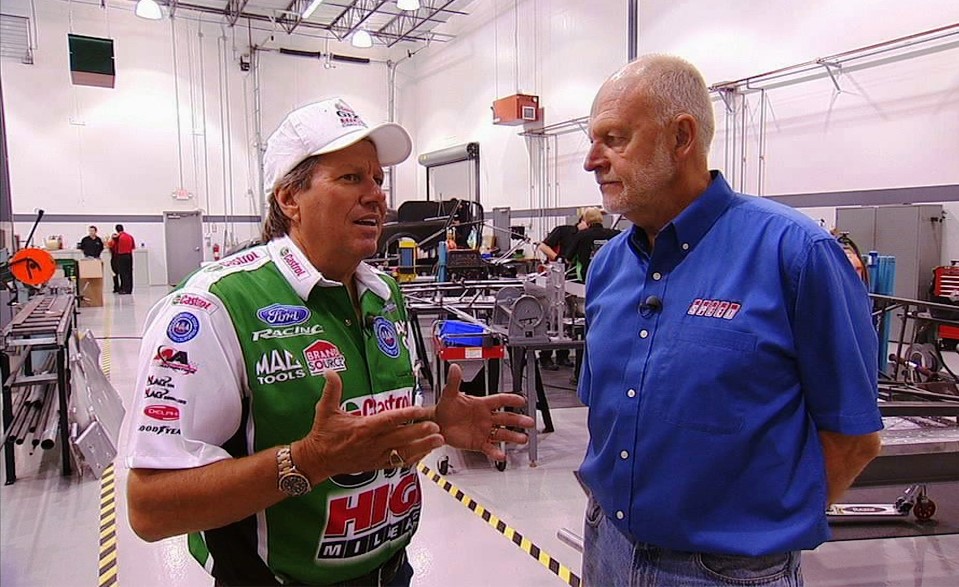 SPEED will air an exclusive multi-part interview with 14-time NHRA Funny Car champion John Force on Sunday’s edition of Wind Tunnel with Dave Despain (note special time – 10 p.m. ET). The undeniable face of American drag racing for the last quarter century, Force will take Despain and SPEED viewers behind the scenes of The Eric Medlen Project at his race shop in Brownsburg, Ind., discussing what changes the team has made and continues to make in the wake of Medlen’s tragic death during a testing accident in 2007 and Force’s near-fatal wreck just months later in Dallas.

“At the end of the line, I am not getting any younger," Force tells Despain during an interview session at O’Reilly Raceway Park in Indianapolis, site of the upcoming U.S. Nationals. “But I am fit to do the job, and I’ll probably go another three to five years … that’s my plan. You’ve got to understand this … nobody has made more runs in a Fuel Funny Car than me. With all the testing going on and all this new technology and things to learn, I can really accomplish a lot more than winning a championship or winning a race – even though I want to do that, too. But maybe I can help build the future of cars that are safe; because if one gets crashed out there, I hope I am in it so I can tell what took place and be a part of the change to build better race cars."

“John Force is well named," said Despain. “He is a force of nature … easily the most colorful, interesting and unpredictable racer I have ever interviewed. The death of his driver, Eric Medlen, who he thought of as his son, his own near-death experience in a Funny Car crash and the simultaneous emergence of his daughter as Funny Car racing’s brightest new star, creates a drama rarely seen in motor sports. This interview is a window into that emotional story and the racing legend at the center of it."