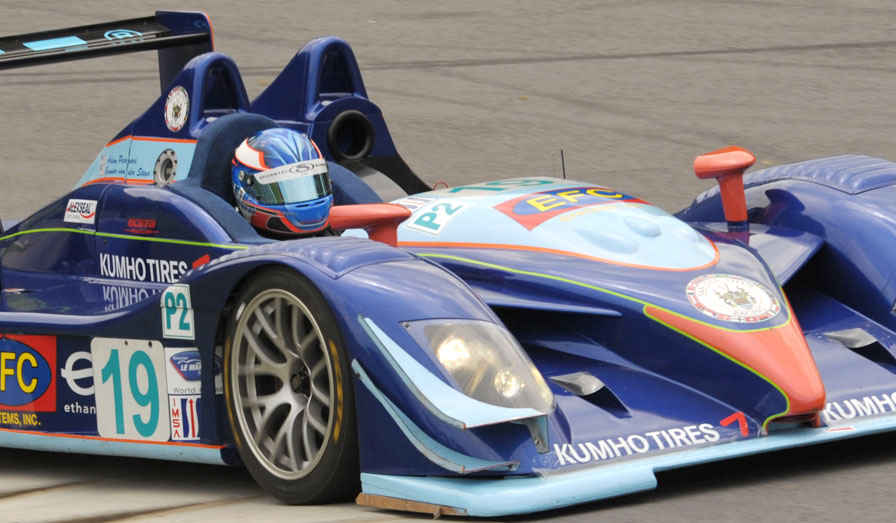 With a podium finish in its first American Le Mans Series race of the season, van der Steur Racing’s Radical SR9-AER is bound for Mid-Ohio and next week’s Acura Sports Car Challenge. The LMP2 challenger placed third in class two weeks ago at daunting Lime Rock Park and will go up against the likes of Acura, Mazda and Porsche in the sixth round of the 2009 American Le Mans Series.

“It was great to be back. I hadn’t done an American Le Mans Series race since Mosport in 2007 when we had a suspension failure," said Adam Pecorari, who will drive the Radical with team owner Gunner van der Steur. “We did a little bit of testing beforehand at Summit Point. It was very physically demanding and the traffic there is nothing like you’ll see the rest of the season. If you can tackle Lime Rock with no issues, you can handle anything on the schedule."

The layout at Mid-Ohio will offer a different type of challenge. Traffic may not play as big a role at the 13-turn, 2.25-mile layout, which features a nice mix of high-speed sections peppered with enough twisty bits that put a premium on handling. Plus the elevation changes are dramatic.

“It is probably my favorite track," Pecorari said. “It has a good mix of everything a driver could want. One thing is that the suspension settings have to work really well, so it’s important for us to make the most out of any track walk time we have and make sure we know which direction we want to go.

“We did a two-day test in 2007 before the race, so we have data from that and the race," he added. “It fits the car better than Lime Rock, and I’ve had some wins in formula cars there. I think we can be a bit more competitive at Mid-Ohio. Every race we do, we double and triple the knowledge."

The Acura Sports Car Challenge from Mid-Ohio Sports Car Course in Lexington, Ohio is scheduled for 3:00 p.m. EDT on Saturday, August 8 and will air at 2:30 p.m. ET on Sunday, August 9 on NBC. American Le Mans Radio presented by Porsche and Live Timing & Scoring will be available at Racehub on americanlemans.com. Radio coverage also will air live on Sirius Channel 126 and XM Channel 242. You also can follow the Series on Twitter (almsnotes).

The race also will mark the sixth round of the MICHELINÂ® GREEN XÂ® Challenge. Tickets are available at americanlemans.com and midohio.com.