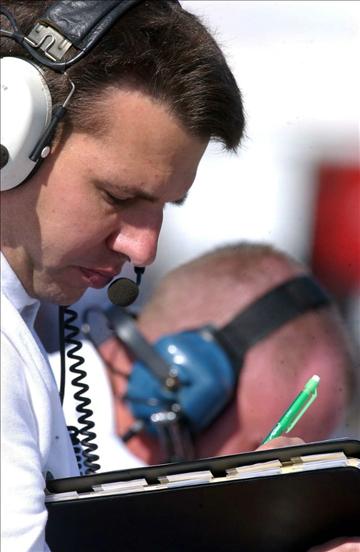 Craig Hampson, senior engineer for Newman/Haas/Lanigan Racing was asked about the possible impact of recent rule changes in the IndyCar Series that are being introduced in an effort to enhance the racing. The new technical rules will debut at this weekend’s Meijer Indy 300 at Kentucky Speedway. Hampson’s comments are below:

“As in most cases, I think the teams with the most money can react fastest to rules changes like these, because they can quickly get into the wind tunnel and properly evaluate what all the possible permutations do – and what knock-on effects they have for other parts of the car and setup.

“The IRL has not created any new parts for the speedways, but they have re-legalized parts which were previously banned several years ago. I think the teams which were in the IRL many seasons ago will have some small advantage with the rules changes, because they do have the experience and aero data from when these parts were last legal. We don't have that. But the good thing is that we had all of these parts in our inventory already, so we didn't have to purchase anything new. And in this economy, that's good for everyone's budget.

“For example, we can now use wheel rim backing plates. These were not legal at speedways – but were required at short ovals. So what we're doing is fitting the short oval parts we already owned.

“In general, the changes the IRL has made both increase downforce and reduce drag. For sure, the cars will be going faster – by well over 1 mph. The added downforce, if you don't make any other adjustments, will give the driver some more comfort in traffic, which is what the IRL wants to achieve. But to go faster than the next guy, you're likely to try and trim the car out further with front ride height and other removable wickers. So it’s entirely possible that we're all going to migrate back down to the original downforce level, but with less drag, and thus a higher speed.

“Honda and the IRL have also added additional functionality to the overtake button. This has been tested by other teams, but we have not experienced it yet. It’s very good that both our drivers previously used an overtake button in Champ Car – though here it works a little differently, and the effects will be a lot smaller.

“The thing I do very much like about Honda's system is the "hold off time" they have put on the backside of each use. After you use the button, there is a period of time where you CANNOT use the button. This will likely set up a few "pass, and then pass back" scenarios, where the drivers trade off who leads at different ends of the track. Certainly, the driver will need to be smart about when to use the pass button because you only get 20 shots of it. And once you use a shot, you have to wait a bit before your next one. It will surely be a thinking man's game.

“I do wish the power boost was larger, but with a normally aspirated engine, there is only so much you can achieve. The only other approach would have been to detune the engine power for the majority of its running – and that's not a path anyone wanted to see us go down.

“The only rules changes made for the road tracks are the inclusion of the overtake function. In terms of aero or mechanical changes, nothing has been altered so far. So I think you'll see the effects of the IRL's current efforts more at the Kentucky, Chicago, Motegi, and Homestead ovals. Though I'll have to say Toronto was pretty darn entertaining as it was. Edmonton was admittedly much more of a parade, but a lot of that had to do with the fastest cars starting up front, and staying there. The fact is, the faster the corners are, the more your grip level is effected by dirty air from the car in front. It’s been that way for as long as I can remember. Whichever series can someday solve the mystery of dirty air will certainly win the fans' vote – because it currently affects not just us, but also F1 and NASCAR."