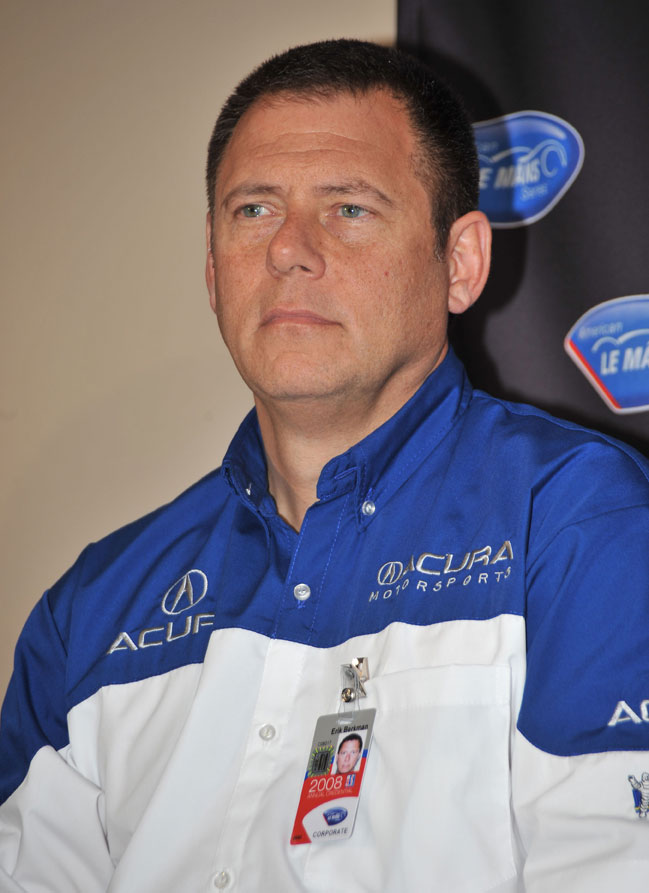 UPDATE #2 The clock is ticking on the IndyCar Series and its efforts to create a new formula for the future. Although series officials still say that new cars and engines could be introduced for the 2011 season, Honda Performance Development president Erik Berkman disputed that notion in an interview at the recent Honda Indy Toronto.

In fact, Berkman claimed that time is running out in terms of plotting a new direction for American open-wheel racing for 2012 and beyond.

"To do it right, we need two years," Berkman said of Honda's preferred timetable for creating and executing a new engine formula. "To do it [in a less than optimum manner], we need 18 months. I know some people believe we can do it quicker than that, but if there needs to be some tooling made … we're not going to do it twice.

"We need to know by Christmas so we can put a plan in place and budget for it," he added. "If we get into the first quarter of next year and it continues to draw out, we won't be able to do it for 2012."

"None of the five manufacturers that were previously identified in the roundtable process have opted out or made noise that they are going to," Berkman said. "But our last meeting was a long time ago. There has been some communication between companies and between the league and companies. The comments coming from other companies besides Honda, as I understand it, are that they are still interested. One of these companies has come forward and indicated to the league an increased level of interest than what we understood before. That was a surprise to me and that gives me encouragement.

"My suggestion to the league is to try to get everybody together in one place again — we seem to do better when we do that," he added. "Everyone gets to hear all the questions and all the answers and we all get to know the status. As I said a year ago, if we can get to a meeting of the minds by the end of the year, like a letter-of-intent level of commitment — let's make it more formal than a handshake, let's make it a one-page document with the five bullet points we are in agreement on — let's make a commitment to go forward and run hard to go get our budgets and all that kind of stuff, because then we can make it happen for 2012. For 2011, there is just no way. Not only for a new design, but even for digging something out of the closet to be re-engineered. You're not going to lower anybody's costs that way."

That last comment could be perceived as a reaction to the notion of reviving the 2.6-liter turbo V-8 formula used through 2007 by the Champ Car World Series. Honda built engines to that specification from 1994 to 2002, and theoretically that package could be updated to create the levels of performance and engine life that the IRL is seeking.

It is believed that a fallback to the 2.6-liter V-8 turbo formula is on the table as a contingency plan for the IRL. Aside from Honda, Toyota, Cosworth and Ilmor built engines to that specification and theoretically could resuscitate such a program on short notice. From 2003 to '07, Cosworth provided the Champ Car series with a spec power plant that teams could lease for less than $1 million a year.

Brian Barnhart, the IRL's president of competition, provided an update from the IndyCar Series' perspective.

"We have previously confirmed five engine manufacturers have expressed continued interest in participating in the IndyCar Series in the future, including Honda, Audi, Fiat, Porsche and Volkswagen, and they continue to show great interest," Barnhart said. "Plans for introducing a new engine spec, while remaining and maintaining the series' position as a leader in the use of ethanol biofuels, remains an ongoing process with considerable OEM [original manufacturer equipment] input. We are expecting to finalize the engine specifications in the next few months."

"We are down to two designs, but one of the biggest challenges we face seems to be the direction we are leaning towards," Barnhart said. "They are significantly different from each other and they are also significantly different from what we currently have. It's hard for me to say without getting into too much detail about it, but just the database that's been created from a safety aspect over the evolution of the current type of car, a significant portion of that doesn't apply, because the potential new cars are so radically different. It would involve a vastly different engine as well, because the concepts are so radically different.

"I want to support the IndyCar Series and I want to do what we can to make it better and stronger," Berkman said. "I'm not the only guy out there with any ideas, though. We think competition is a good way to go. We think equivalency is OK; it's possible. It may not be ideal, but it's not the end of the world.

07/16/09 A reader writes, A couple of points regarding the next IRL engine package. You seem to dismiss VW's call for a "small engine" but 20 years ago during F1's 1.5-liter turbo age BMW produced a four-cylinder 1.5 liter engine that produced over 1200 horsepower. I'm sure that manufacturers today are capable of producing a cost-effective 750-hp turbo engine in a very small package. I don't think displacement or cylinders should drive the discussion – it's about getting multiple manufacturers back to the series and resetting the IRL image.

It has to be turbocharged – decibel control and easily adjustable power for road courses and ovals – but why not allow multiple configurations of cylinders, even displacement? Have the manufacturers come up with a power/torque curve/fuel economy equivalency formula themselves, agree to a control ECU for each package, and give the series the right to alter boost pressure/air intakes/fuel cell capacity for any particular engine if it proves too dominant. If the IRL wants open wheel in the USA to return to its rightful place at the top of the motorsports heap, it has to be something more dynamic than a spec-engine series. But perhaps even that is too limiting.

As we move to a world of electric cars, which North American racing series will be the first to begin looking at the possibility of battery power? Even if the number of pit stops has to increase, wouldn't it be interesting to consider? The almost-silent Audi diesel Le Mans car is wonderful to see/hear in person – the tires and wind passing over the car are great sounds in their own right.

Imagine a field of 33 nearly silent cars whooshing around the Indy Speedway with the PA announcer clearly audible and being able to talk to your racing buddy in a normal voice, wearing ear buds to listen to a scanner rather than uncomfortable and expensive headphones? Imagine hearing a car beginning to lose control on an oval or locking a wheel under braking because the tires start squealing? Imagine the leader being reeled in because she's trying to stretch her battery too far and is losing power? Imagine manufacturers (once healthy again) like GM, Chrysler and Ford switching to a series that is more relevant and a much more forward-looking marketing platform than carburetors and pushrod engines – a true return to the "win on Sunday, sell on Monday" philosophy?

So here is my 2012 IRL power formula – 4-cylinder 2.4 liter turbos, 6-cylinder 2.2 liter turbos, or equivalent 700hp, 175Kw electric. Oh, and stick 'em in a bunch of those amazing-looking next generation chassis they had on display in the press center during the Indy 500! J. Chitwood, Marysville, CA

07/16/09 Honda has urged the Indy Racing League to decide on the IndyCar Series' future chassis and engine rules by the end of the year to make sure the changes are implemented for 2012. Honda Performance Development president Erik Berman wants the IRL to reopen its round-table discussions with potential new engine manufacturers in a bid to thrash out a rules package.

When the talks started just over a year ago, the initial target had been for a new car specification for 2011, but that has been pushed back a year because it has taken so long to make any further progress.

"If we get into the first quarter of next year and it continues to draw out, we won't be able to do it for 2012," Berkman told this week's AUTOSPORT magazine.

"We need to know by Christmas so we can put it in place and budget for it. There's been some communication, but our last roundtable was some time ago. I would say it's time for us to have another one."

"There's nothing that says we can't broker a deal if we all get together in one room, turn up the heat, and agree not to leave until we have a deal," he said. Autosport

[Editor's Note: According to AutoRacing1.com sources, the only other manufacturer that is still serious about possibly entering the IRL is VW, but they want to do a small, higher revving 4-cyclinder engine, that from what we hear would have piston speeds that are too high, and hence increase cost. Honda wants to do a V6, which is more plausible, but this is a racing series, not the soap box derby, or the econo box derby. Fans really do not expect to watch racing and think for one minute fuel economy is of any importance whatsoever. If you are producing 700HP+ fuel economy is not on anyone's mind. IndyCar is not stock car racing. Unlike a NASCAR stock car, an Indy Car has no resemblance to a passenger car. It is a purpose built race car with one goal in mind, to go fast. So to play games with fuel types, small engines, etc, is just taking away from something meant to be very special and downright mind-blowing.]