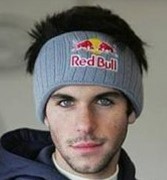 Scuderia Toro Rosso is pleased to announce that, as from this weekend’s Hungarian Grand Prix, Jaime Alguersuari will drive for the team, alongside Sebastien Buemi. The 19 year old Spaniard will thus become the youngest ever driver to take part in a Grand Prix weekend.

Jaime Alguersuari: “I would like to thank Red Bull for giving me this great opportunity to race in Formula 1. Ever since I started racing this has been my dream and thanks to the Red Bull Junior Program I will now realize my ambition of lining up on a Grand Prix grid. I am aware that I’m facing a very tough challenge, because coming into Formula 1 is never easy, coming into Formula 1 in the middle of a season is even harder and doing so without any testing is really difficult. But already I feel that I am getting great support from the team, who have quite a reputation for looking after rookie drivers."

Franz Tost: “Red Bull’s stated aim for Scuderia Toro Rosso is that, when possible, it should be used to provide a seat for products of its Young Driver Program. We therefore chose Alguersuari as the most mature driver currently in the program. I am well aware that over the next few months the team and Jaime will face a major challenge, especially because of the testing ban. But Red Bull is always ready for a new challenge. I do not expect anything from him for at least his first three races, during which he has to get used to the car, the team and to the Formula 1 environment." Toro Rosso PR