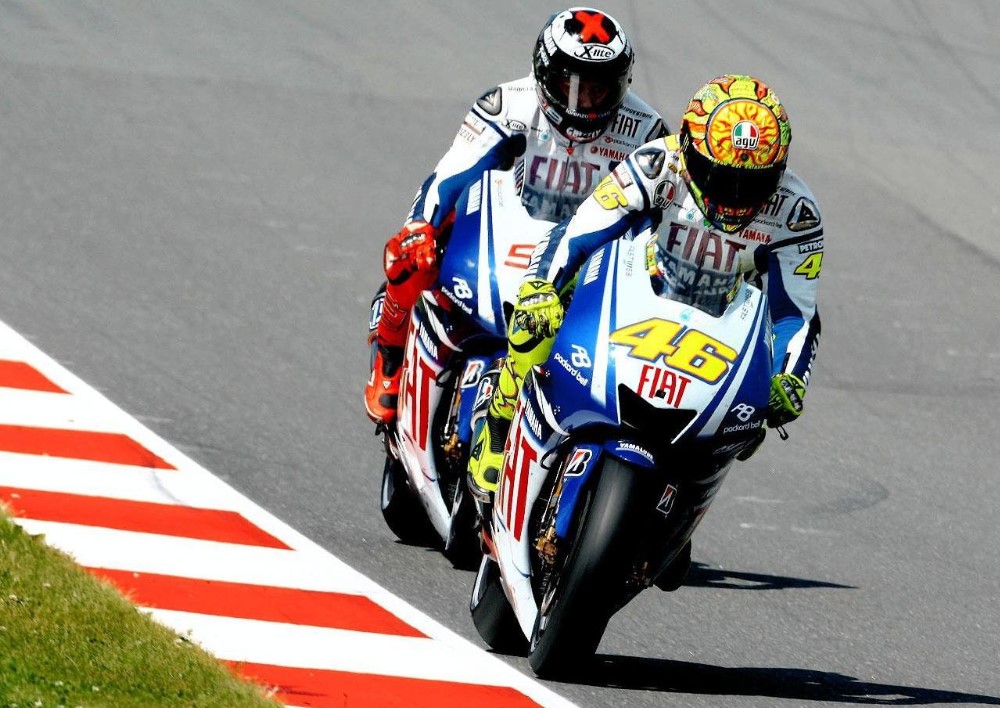 Valentino Rossi was never under any illusions that he would have it easy in his defense of the MotoGP world title, and once again the Italian was made to fight for glory at the Alice Motorrad Grand Prix Deutschland. The Fiat Yamaha rider took the win at Sachsenring by just the smallest of margins from persistent rival Jorge Lorenzo in a breathtaking race to extend his lead in the World Championship.

After starting from pole for the first time at the German track, Rossi took the lead of the race after thirteen laps. Both the Italian and teammate Lorenzo eked out an advantage to make it a two-way battle to the checkered flag, with a last lap battle reminiscent of the Barcelona round of the series one month ago. Rossi’s definitive pass had come at the end of the home straight with two laps to go, and he brushed off the young pretender’s overtures for his fourth win of the 2009 season.

Starting from eighth on the grid, Dani Pedrosa had established his credentials in the dry with the best lap in the morning warm-up. He had another storming start at Sachsenring to move up to the lead group, and put up a bold fight both amongst and behind the Yamaha duo. The Repsol Honda rider completed the podium with a race time under three seconds down on the top two.

Early leader Casey Stoner’s condition lasted longer than he had expected in the dry race, and he was able to mount a serious challenge for the win. With five laps to go, however, he was passed by Pedrosa going into the first turn, and one lap later a sit-up meant that he lost touch of the Spaniard.

The only retirees from the race were Randy de Puniet -who crashed on the opening lap- and Andrea Dovizioso. The latter fell victim to excessive front tire wear and was forced to call it a day before the end of the 30-lap Grand Prix.