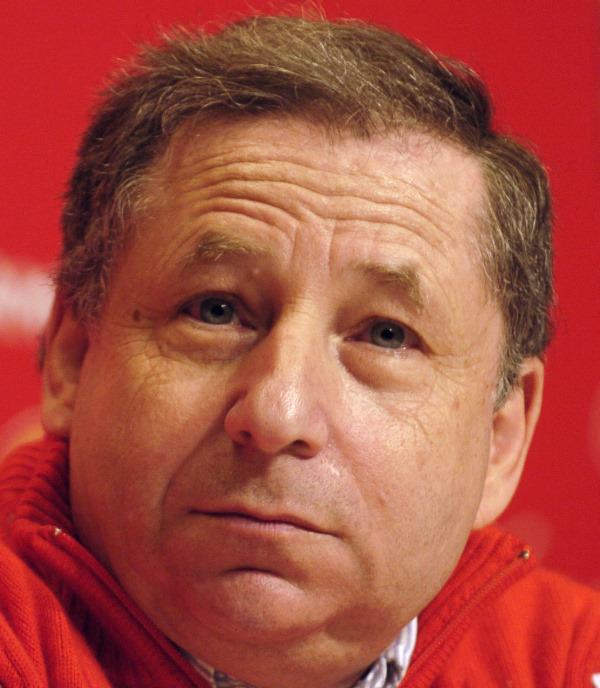 Jean Todt has confirmed that his name is now down as a potential candidate for presidency of the FIA once Max Mosley leaves the federation in October, Reuters reports. Mosley recommended the former Ferrari team principal with the announcement on Wednesday of his own decision to step down. For the first time since 1993, the FIA will welcome a new leader in three months' time when Max Mosley leaves the Paris-based senate having served four terms as president. Having announced his decision via letter to the coalition's many member groups this week, the 69-year-old also strongly suggested that Todt, six years his junior, should take the reigns.

'Following the decision of Max Mosley not to seek a further term of office and his unequivocal support of my candidacy, I have written to the FIA membership to inform them that I wish to stand for the Presidency of the FIA,' reads a statement from Todt. 'It is my intention to continue and expand the outstanding work of President Mosley.'

'I believe the right person to head (the FIA) would be Jean Todt,' Mosley has written. 'Jean is unquestionably the outstanding motor sport manager of his generation and arguably of any generation. Teams run by him have won the World Rally Championship, Cross Country rallies including Paris-Dakar, the Le Mans 24 Hour Race and, in the last 15 years, one Formula One World Championship after another.'