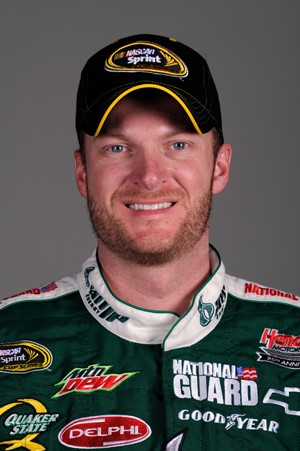 [Editor's Note: When are American racing series going to realize that your biggest star can't be a wanker? The biggest heroes in any sport must be the best of the best. Dale Earnhardt Jr. is riding on his father's coattails. Meanwhile his fans cannot swallow the cold hard facts that Earnhardt Jr. never was and never will be the best. There is always some excuse.]

Did You Notice? … That seven weeks into Dale Earnhardt, Jr.’s tenure with Lance McGrew, the No. 88 continues to struggle? Yes, I do understand it’s important in light of the change to give a grace period for this new partnership, especially considering the personal adjustment involved; Earnhardt not only lost his crew chief but his cousin. However, while the sport’s Most Popular Driver may be a little happier on the radio these days, it’s not necessarily translating into much on the race track.

Here’s a quick comparison between the first seven races with Tony Eury, Jr. at the helm this season compared to the last seven with McGrew:

Yes, it’s true that at times Earnhardt has been a top 10 car on the race track these past two months before fading during a series of late-race adjustments to the car. But isn’t that exactly what happened when Eury, Jr. was at the helm? Considering those runs at the beginning of the year occurred under a barrage of constant criticism – where every time the No. 88 team turned around questions were asked about the driver/crew chief partnership – you could make the case they were far more impressive. Frontstretch.com